OPINIONS Experts fight to combat another rumor on origins of coronavirus: NYT

Experts fight to combat another rumor on origins of coronavirus: NYT

In early October, an unfounded and misleading study, posted online but not published in a peer-reviewed scientific journal, alleging that the coronavirus is artificial and an “unrestricted bio-weapon”, was released by researcher Li-Meng Yan on Twitter, despite evidence affirming that the virus almost certainly made its hop into humans from an animal source.

The paper’s findings have no basis in science. It triggered immediate condemnations from experts. However, it rapidly drew a storm of social media attention.

The New York Times (NYT) published an article to unveil the baseless manuscript, pointing out that the study is “disreputable and dangerous”. 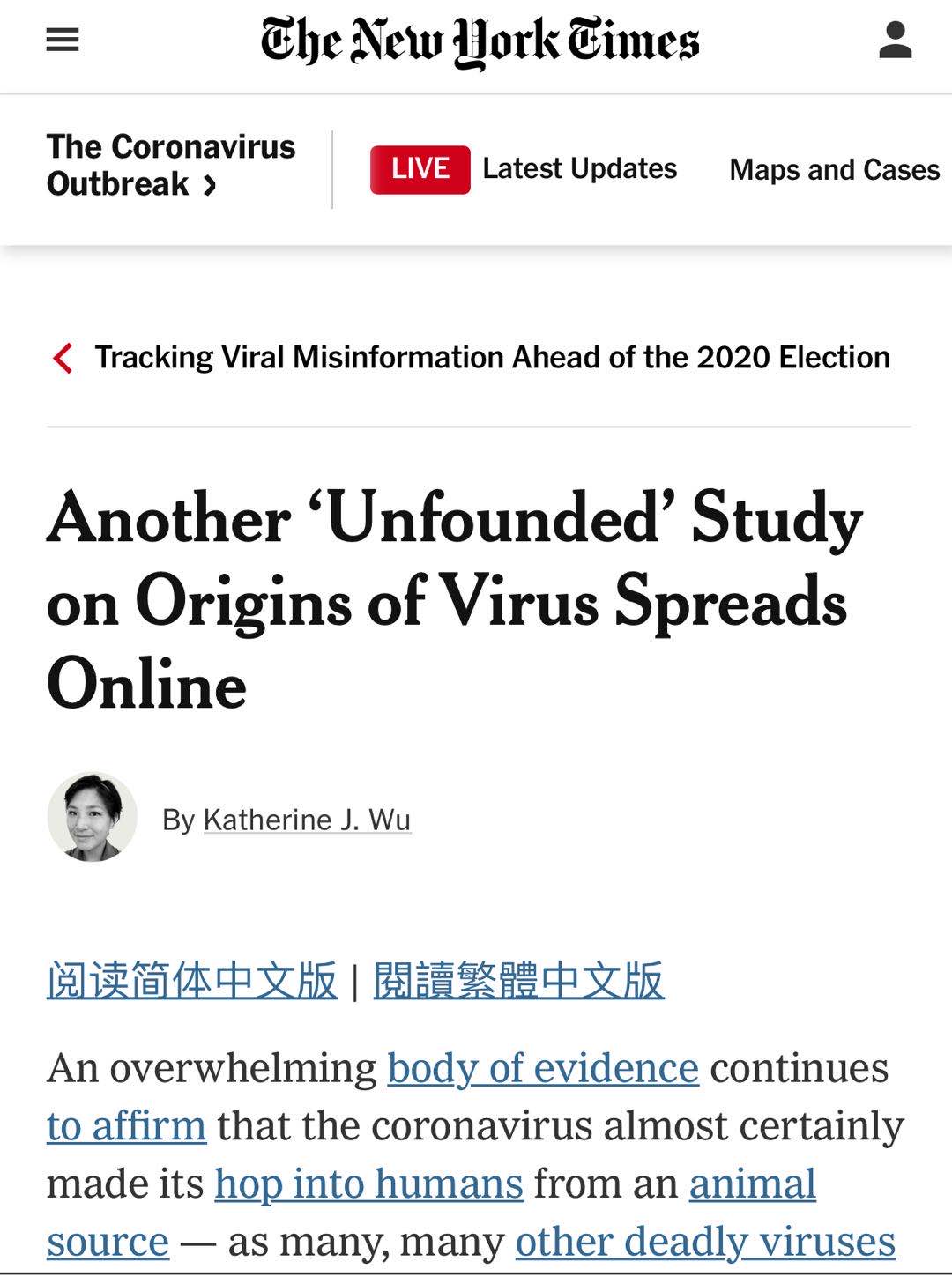 According to NYT, the publication is the second in a series from a team led by Yan, who released an initial paper on Sept. 14, also not peer-reviewed, asserting that the virus was synthetic.

The article interviewed several experts in the field, all demonstrating why Yan’s two publications are “ridiculous and unfounded”.

The article said that Yan, who left her position as a postdoctoral research fellow at Hong Kong University for undisclosed reasons some time ago and then fled to the US, listed with her colleagues on the paper as affiliated with the Rule of Law Society, a non-profit whose founders include Steve Bannon.

In the article, experts said that Yan’s first publication was “full of contradictory statements and unsound interpretations” of genetic data from viruses, while the second was “even more unhinged than the first”.

“We have a very good picture of how a virus of this kind could circulate and spill over into human beings,” said Brandon Ogbunu in the article, a disease ecologist at Yale University. He suggested that so far, there is no evidence to support a synthetic source for the virus.