OPINIONS Experts worry about China-US trade ties, but some hope in the air

Experts worry about China-US trade ties, but some hope in the air 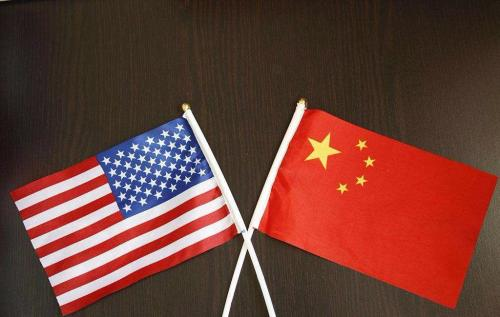 Concerns over China-US relations, which have been deteriorating through the Trump presidency and nosedived due to a trade war, are high at the 2019 Global Times annual event in Beijing on Saturday. This year's meeting, with the theme - "China-US Friction and Change in the World" - is being attended by scholars and analysts from top Chinese think tanks and institutes."I feel worried about the prospects of China-US ties which are at a crossroads. The demands of China's rise contradict the US wish to become great again. The US is aggressive while China is defensive," Rear Admiral Yang Yi said in his speech at the gathering.Yang's concerns are echoed by Yang Xiyu, a senior research fellow at the China Institute of International Studies (CIIS) in Beijing. Yang Xiyu believes that a "crossroads" means a new cold war."If China and the US put all the problems between them as something strategic and political, a new cold war is unavoidable," he said. "The two will make adjustments in 2019 after the turbulences in 2018 and the adjustment period will determine whether they would head to a new cold war."Zhao Xiaozhuo, a research fellow at the PLA Academy of Military Sciences, was also concerned about the standoff.  "The US adopted an engagement and containment policy on China in the past 40 years, but now it is focusing more on containment. The change will be a long-term trend and it's worrying," Zhao noted.All analysts agreed that this year China-US relations have been characterized by the trade war. Trade tensions between the two have been escalating for months and only recently did the two agree to halt additional tariffs with the goal of reaching an agreement within 90 days. But foreign media has largely focused on the discrepancies in information coming from either side which have left many wondering whether the efforts at ending the trade war will succeed."I think an agreement between China and the US can be reached after 90 days. It will turn out to be a corner stone of ties between the two countries," said Yang from CIIS. "Be it 90 days, or 120 days, the current trade truce will lead to a new agreement with structural changes. It will persuade China to further reform and opening-up."Qiao Liang, a Chinese military strategist and Major-General of the People's Liberation Army, said it is expected that the trade war will not last long because of the lack of domestic demand in China and the lack of domestic supply in the US."A trade war cannot reduce US deficit with other countries. It can stop trading with China, still has to buy products from other countries. If China can address its problem of lack of domestic demand, it can become the world's largest market and no country can have any leverage on it," Qiao said.Despite concerns and worries, optimistic voices were also heard at the event."It's impossible to tackle all the divergences between China and the US. Hopefully in 2019, China-US talks will have a win-win outcome. We hope the result of 90-day China-US talks will be reasonable," William Zarit, President of the American Chamber of Commerce in China, said at the gathering.Yuan Peng, president of China Institutes of Contemporary International Relations, believes that China-US relations are generally successful with neither a hot nor a cold war occurring in the past few decades. He noted that China's advantages nowadays lie in its unprecedented international influence and economic might."Compared with history, China is in a better position to establish itself in the world, which depends on its reform and opening-up, diplomatic tactics and accumulation of strength," Yuan said.