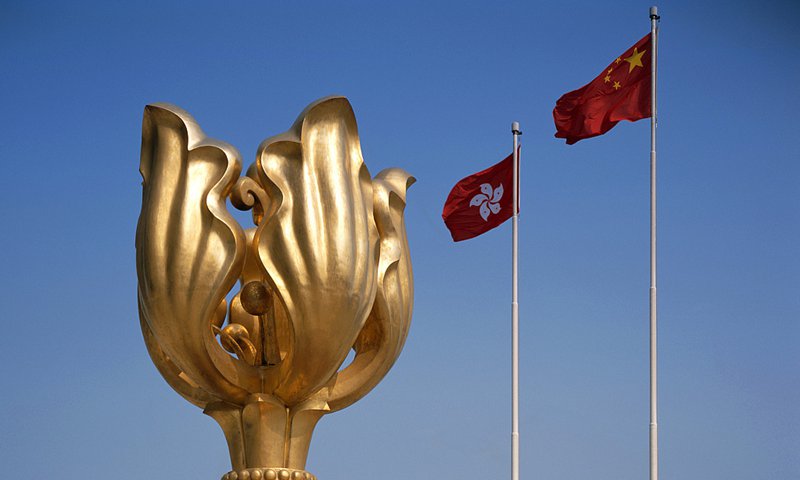 No foreign country has the right to interfere with decisions made by the government of the Hong Kong Special Administrative Region (SAR) on visa matters, a spokesperson for the Office of the Commissioner of the Ministry of Foreign Affairs in Hong Kong said Saturday.

Chinese mainland experts said on Sunday that foreign countries should not abuse the concepts of Hong Kong's autonomy and press freedom to serve their own interests.

The remarks of the spokesperson and experts came after the UK's Foreign & Commonwealth Office and the US Consulate General in Hong Kong commented on the Hong Kong SAR government's refusal to renew the visa of Victor Mallet, the Hong Kong correspondent of the Financial Times, requesting an explanation.

The spokesperson said in the statement that  "visa matters fall within a country's sovereignty."

In accordance with "one country, two systems" and Hong Kong's Basic Law, the regional government has the power to decide whether to approve applications for the renewal of work visas to Hong Kong, the spokesperson said.

Neither the office spokesperson nor the Hong Kong regional government has specified the reason behind the refusal of Mallet's visa renewal as of press time.

Since 2017, Mallet served as first vice president of the Hong Kong Foreign Correspondents' Club (FCC). Mallet was acting president of the FCC in August when the club came under fire for hosting a talk by Andy Chan Ho-tin, leader of the pro-independence "Hong Kong National Party," the Financial Times reported on Sunday.

The party was officially banned on September 24 by the Hong Kong SAR government in accordance with the Societies Ordinance, with Hong Kong Security Minister John Lee Ka-Chiu saying the organization had violated the Basic Law of Hong Kong, put "Hong Kong independence" into action and threatened national security.

The stated goals of the party include establishing "a free and independent republic of Hong Kong," the Wall Street Journal reported on September 24.

Wang Sixin, a media law professor at the Communication University of China in Beijing, told the Global Times Sunday that it was both reasonable and legal for the Hong Kong SAR government to restrict journalists' illegal activities and take necessary actions in accordance with the law.

It was the Hong Kong SAR government's right to deny a visa application if the journalist had such a record, Wang said.

When commenting on the Hong Kong SAR government's decision, the UK's Foreign & Commonwealth Office said in a statement Friday that it was "concerned by the rejection of Mallet's visa renewal," saying that "Hong Kong's high degree of autonomy and its press freedoms are central to its way of life, and must be fully respected."

The Hong Kong SAR government decided independently, Tian Feilong, an assistant professor at Beihang University in Beijing, told the Global Times on Sunday. Such a decision showed the region's high degree of autonomy, and that it was inviting a Hong Kong separatist to speak that harmed Hong Kong's autonomy, prosperity and stability, Tian said.

"The UK remark reflects the Western mentality of thinking of Hong Kong as a free haven without any defense," Tian said.

Hong Kong is not a city without principles, as its autonomy is protected by "one country, two systems" and the Basic Law, he said.

Mallet's case set an example for future activities of foreign journalists in Hong Kong, Tian said, noting that they should abide by the Basic Law, respect "one country, two systems" and not undertake or support any separatist activity.