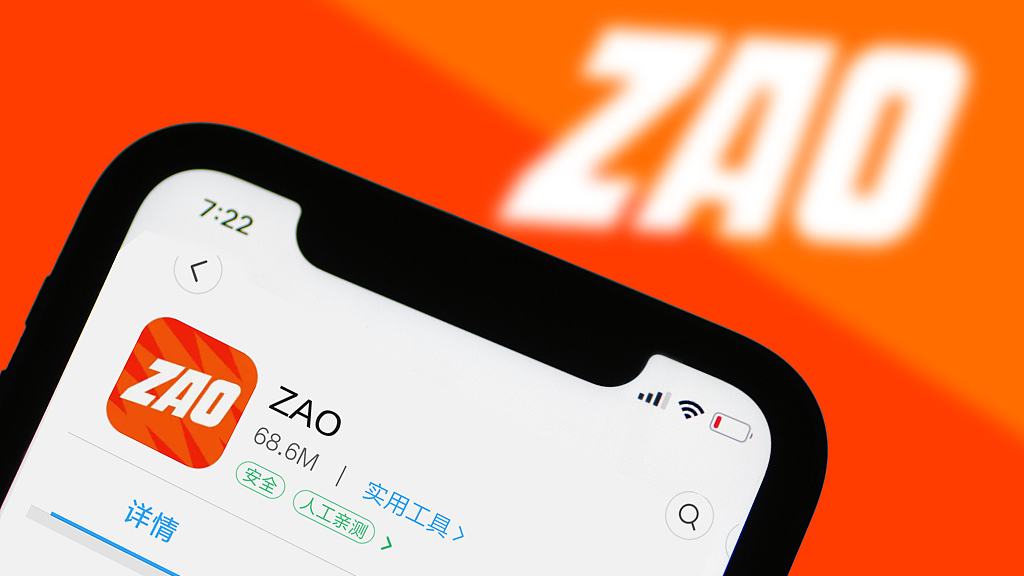 Recently, an app called ZAO went viral, as it allowed users to replace the faces of actors or actresses with their own in "deepfake" video clips of popular TV series or movies through the use of artificial intelligence (AI) including facial recognition technology.

Yet merely days later, the head of Momo, the app's developer, was summoned and questioned by the Ministry of Industry and Information Technology about its defective user agreement and risks of data leakage. This has raised people's concerns about the use and supervision of the relatively new facial recognition technology.

In fact, the European Commission plans to introduce regulation to tighten the technology's use in a bid to "stamp out creeping public surveillance of European citizens", according to the Financial Times. This is the European Union's latest move to impose stricter limits on the application of new technologies including AI and big data to safeguard human rights. Last year, the EU implemented the General Data Protection Regulation and in April, it issued the draft Ethics Guidelines for Trustworthy Artificial Intelligence.

Facial recognition refers to the process of identifying a person by capturing, comparing and matching the verifiable biometric information unique to his or her face with the information in the existing biometric database in a matter of seconds. Different from other biometric information, the facial recognition app can be easily installed and used. Since it renders the interaction between the end user and the identified subject unnecessary, people's faces could be captured and identified without even their knowledge, let alone their permission.

From sorting photographs on mobile phones to security certification, from identifying and tracking criminals to playing with face-swapping app, the facial recognition technology has been extensively applied in our personal and social lives. Its use, which has increased several times over in surprising different ways, has made some people's lives more convenient and helped maintain social order.

However, the results can be good or bad depending on the user and regulations on the use of any technology, including facial recognition technology.

Indiscriminate and abusive use of facial recognition technology without the knowledge of the subjects is a serious violation of people's basic rights, freedom and security; it could even pose a threat to the social order in the absence of laws specific to their use. As such, it is imperative to enact specific and comprehensive laws and regulations to prevent the unreasonable and illegal use of facial recognition technology and to promote the well-being of society.

Yet despite all the EU's efforts, the Ethics Guidelines for Trustworthy Artificial Intelligence remains a soft law, as it is not legally binding. Confronted with the expanding use of facial recognition technology in the business and public sectors in the EU, the EC is now exploring ways to regulate the application of the technology through legislation.

Public management institutions have to play their due role in establishing a reasonable and efficient mechanism of laws and rules that clarifies the rights, responsibilities and interests of various entities in order to increase people's overall welfare and facilitate the development of new technology.

In some ways, the legislation on facial recognition technology, an important issue in the application of AI, could become a touchstone in countries' bid to regulate and facilitate the healthy development of new technologies. Also, the EU's pioneering moves should prompt other countries, China included, to enact new and/or revise existent laws to steer the emerging industry in the right direction and promote common public good.

And, during this process, the interests of not only government organizations and individuals in the larger sense of the term but also industry employees and corporations should be reflected and balanced to help promote common prosperity.

The author is an associate professor at the Fudan Law School and a researcher at the Research Center of Human Rights, Fudan University.