Editor's note: Yasir Masood is a Beijing-based international relations analyst, academics and a journalist with a special focus on China affairs. He is the former Director of Media and Publications at the Centre of Excellence-China-Pakistan Economic Corridor, Islamabad. Currently, he is a PhD scholar at the University of International Business and Economics in Beijing. The article reflects the author's opinions, and not necessarily the views of CGTN. 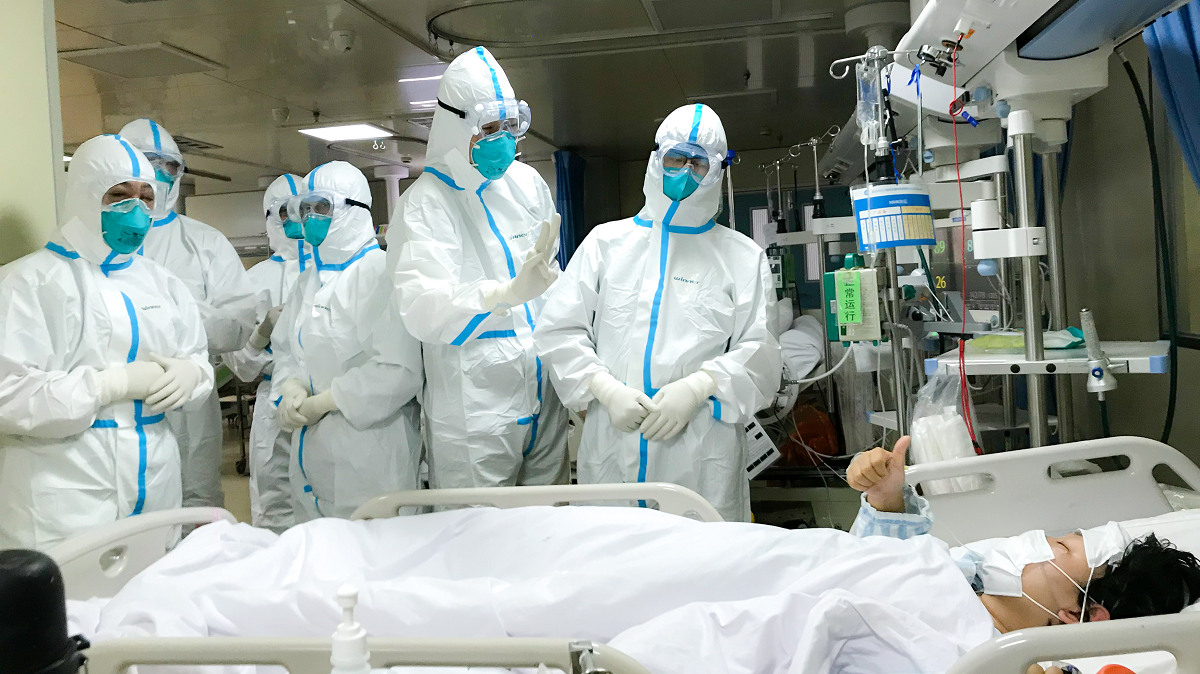 I was in Beijing when the outbreak of a novel coronavirus pneumonia (NCP) caught the attention of the whole country. The early outbreak response on the part of the Chinese government is highly commendable because it has helped severely restrict the diffusion of the virus to the rest of the world.

However, the push to pen this piece was the torment and flippant response of some of the Western media who went so far as to seize on this human calamity as something to exploit, politicize and weaponize in order to blame, defame and diminish China. Making a mockery of and joking about a natural calamity by publishing such disparaging material is indeed thoroughly hapless, irresponsible and unfeeling and should be condemned by all decent people.

Unfortunately, in this wild goose chase to deprecate China at this testing time in its recent history, some of the anti-Chinese Western media have crossed the limits of human norms and decency in ways never witnessed by the human society even in the times of the worst enmity between nations.

Moreover, the facts of the epidemic are distorted and the whole matter is blown out of proportion to create an aura of a massive panic, uncertainty, fear and furor among the global populace.

First of all, as per known history of human civilizations, epidemics have taken millions of lives and even now can bring havoc at anytime anywhere in the world. In fact, earthquakes, tsunamis, volcanic eruptions, landslides, hurricanes, floods, wildfires, heat waves, melting of icebergs and global warming are collective challenges to the whole of humanity.

Epidemics and natural disasters have no boundaries and they do not announce their arrival and the wreckage they cause. Now, it is absolutely absurd and ridiculously inhumane that, in a calamity of such a big scale when people are dying and huge sacrifices are being made, the German magazine Der Spiegel, on the cover page reads: Corona-Virus, Made in China and the Wall Street Journal published an opinion entitled, "China Is The Real Sick Man of Asia."

Moreover, under the cloak of freedom of speech, Danish cartoons ridiculed China by replacing the stars on the Chinese national flag with images of coronavirus, and France carried a publication titled "Yellow Alert" showing a woman in a mask. Is it the role of the media of these so-called civilized, democratic and liberal nations to exude this kind of racism, disparagement and hatred against humanity? Is this what freedom of speech, democracy and liberalism really mean? At the same time racist comments expressing disgust, discrimination and denigration are hurled on social media against a nation which is working 24/7 with undying determination to get rid of this epidemic.

Chinese people are mocked on social media for their eating habits, like eating bats (using photographs not taken in China but on a Pacific island) and monkeys, etc. All these punitive practices carried against China at the time of tragedy are clear indications of calculated misrepresentation designed to malign China by publishing fiction rather than facts in all sources of the media. Also, a lot of assumptions are made and speculations are drawn about the economic slowdown of China, forgetting the fact that China has the tendency and track record to bounce back stronger.

An article published on February 9, 2020, "China Will Win, and Soon," written by China's Ambassador to Pakistan Yao Jing, revealed some interesting facts. "Currently, the number of cured cases has started to exceed the number of deaths with each day that passes.

I wonder how the facts are twisted and presented differently. For instance, a declared global pandemic, H1N1 (swine flu), which emerged in the U.S. in 2009, eventually infected 60 million and initially killed a minimum of 18,449 people in that year. According to a 2012 report by the Centers for Disease Control and Prevention, the final death toll was close to 300,000.

During that deadly outbreak, we don't recall any xenophobic anti-American attacks across the globe. Why then are there such attacks against China now? Do you know it took six months for the U.S. to declare a national emergency? Did any government from the onset in April 2009 through the end in April 2010, including the month of June, when H1N1 was declared an international emergency global pandemic, then send out a notice to its citizens that they should leave the United States? Did they close their borders to American travelers? Why is the response so different compared to previous pandemics and why are Chinese facing xenophobic attacks?

As we all know, China has a long history of combating mountainous challenges and has always been able to turn tragedies into opportunities. The experience of tackling SARS effectively back in 2003 is still relevant and handy. The dark days will be over soon, and the bright days are just around the corner.

At present, the world must unite in the struggle to combat this virus and must give credit to the people from all walks of life who are on the front lines of this struggle, which is being waged not just for China but in the name of common humanity and to protect people throughout the world.