OPINIONS Facts and fiction in the South China Sea Issue

Facts and fiction in the South China Sea Issue 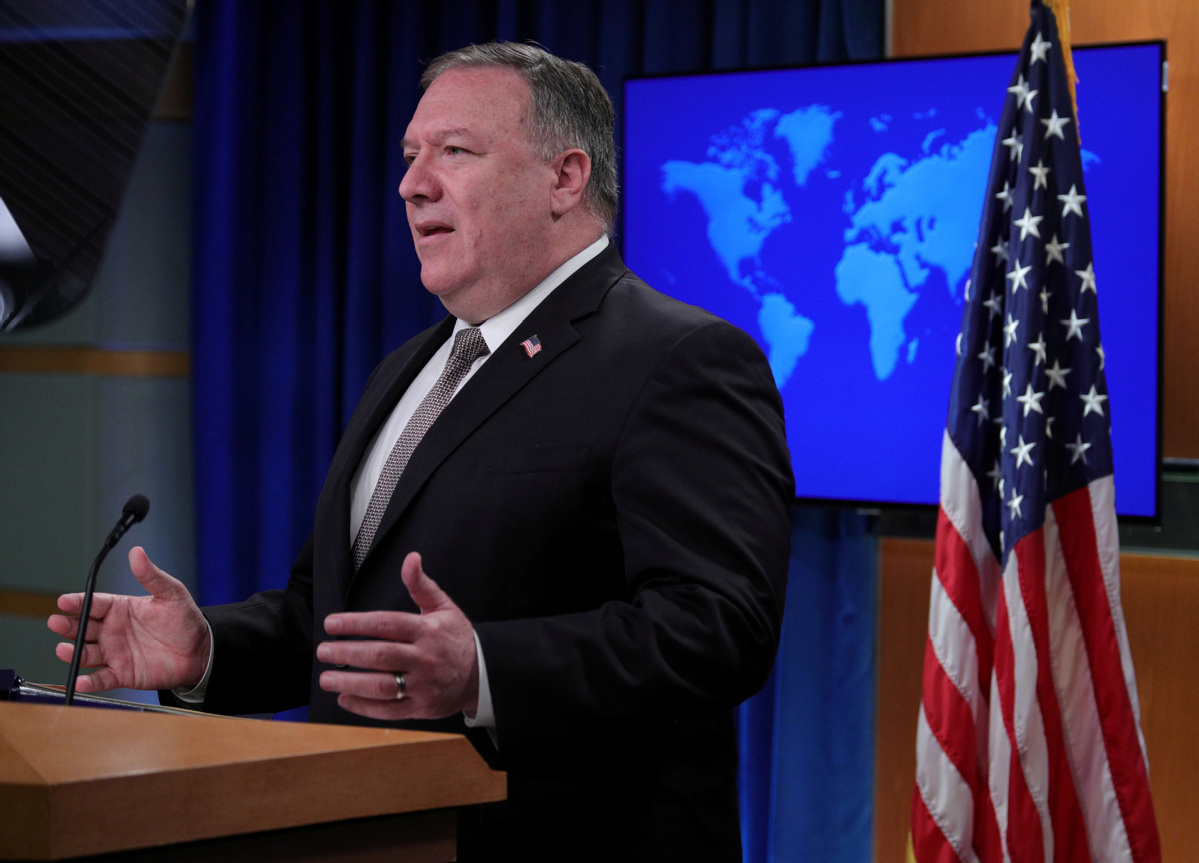 US Secretary of State Mike Pompeo speaks during a news conference at the State Department in Washington, US, July 8, 2020. [Photo/Agencies]

When US Assistant Secretary of State David R. Stilwell attended a meeting hosted by the Washington-based think tank Center for Strategic and International Studies the next day, he reiterated the points made by Pompeo and went into details about China's policy in the South China Sea and maritime operations. He criticized China for pressuring ASEAN member states in the Code of Conduct negotiation, saying China seeks to "dominate" the South China Sea's oil and gas resources in pushing for "joint development" deals.

At the Special Presentation of the London-based International Institute for Strategic Studies held on July 21, Mark Esper, US Secretary of Defense kept up the tough rhetoric against China as he criticized China for violating the Declaration on the Conduct of Parties in the South China Sea (DOC) and attempting to turn international waters into its own "maritime empire." Do these seemingly "well-grounded" accusations made by high-ranking US officials reveal the facts behind the South China Sea issue, or are they simply malicious lies?

Pompeo painstakingly picked out the Scarborough Reef, Mischief Reef, James Shoal and several other maritime features where he believes China has no lawful sovereignty claim. By doing this, he can insist the US still does not take any position on sovereignty issues in the waters while tarnishing China's claims in the South China Sea and demonstrating US support for other claimant states. But in reality, the arbitral tribunal has made a series of mistakes regarding jurisdiction, admissibility and the nature and content of the disputes. Under the pretext of interpreting and applying the United Nations Convention on the Law of the Sea, it has violated the spirits and principles of the UNCLOS almost every step of the way.

China has made territorial claims to four island groups in the South China Sea, including the entire the Nansha (also known as the Spratly) Islands, encompassing both the archipelago and all other components. As stipulated in Article 46 of the UNCLOS and general international law, "archipelago" means a group of islands and reefs, including "interconnecting waters and other natural features." China has never claimed any separate maritime entitlement to such features like Ren'ai Reef, Meiji Reef , or Zengmu Ansha, all of which are natural terrain of the Nansha Islands.

The Philippines deliberately separated these maritime features and wrapped them into disputes over the interpretation and application of the UNCLOS, abusing the right of action. The arbitral tribunal misunderstood China's claims in the waters, and mistakenly decided the dispute between China and the Philippines was about the status of individual islands or reefs and their maritime entitlements. China refused to accept or recognize the arbitration award, showing its commitment to respecting and preserving international law, especially the UNCLOS.

The UNCLOS is always mentioned whenever the US brings up the topic of international law. International law constitutes the logic of the arbitration award of the South China Sea Arbitration between China and the Philippines. In that case, the US should first ratify the UNCLOS and modify its own maritime claims based on the arbitration award, even it is not a party to the dispute, to show respect for international law. For instance, the US should withdraw its claim to the exclusive economic zone extending 200 nautical miles from the shore of the Johnston Atoll, the Wake Island and other small islands without stable human habitation or the capacity to maintain economic life as soon as possible.

In the meantime, the US should also review the situation of the Hawaiian Islands, Guam, and other islands and reefs in the ocean to determine whether all of them comply with the rigorous definition given in the arbitration award regarding UNCLOS Article 121, on a "regime of islands". As the only maritime superpower in today's world, the US should play an exemplary role in downsizing its EEZ for the international community to follow suit. It is worth noting when Pompeo underlined that arbitral tribunal's decision as final and legally binding on both parties, he was just covering any possible consequences for himself.

The US condemns China for "not respecting or complying with international law" in the South China Sea. Nevertheless, anyone with knowledge about international politics and law in the post-WWII era knows the US is the one who actually violates international law and international rules while practicing "exceptionalism" and the idea of "might makes right." To ensure it is not bound by international law or multilateral mechanisms, the US refuses to ratify the United Nations Convention on the Rights of the Child or treat prisoners of war in the Guantanamo Bay detention camp in line with the Geneva Conventions. It has pulled out of the Kyoto Protocol, the Intermediate-Range Nuclear Forces Treaty and the UN Human Rights Council.

Recently, the US has announced it would withdraw from the World Health Organization when the rest of the world is still working together to fight the pandemic. On top of that, it has waged several aggressive military campaigns in other countries in the absence of resolutions or authorization by the UN Security Council, such as the US invasion of Panama in 1989, the Iraq War started in 2003 and the assassination of Iranian major general Qasem Soleimani in Iraq in early 2020. Shouldn't Pompeo's accusation of "violating international law" and "acting on the idea of might makes right" be directed toward the US?