OPINIONS Facts, data prove there's no threat from China, only distortions of perception

Facts, data prove there's no threat from China, only distortions of perception

Australia has joined a new military alliance to avail itself of nuclear submarines which it could never develop alone. There are a couple of reasons why and the most import one is the simplest: the Australian government has a mandate from its people that it will not enter nuclear proliferation. Their own Department of Foreign Affairs and Trade website states the following: Australia is committed to the goal of a world free of nuclear weapons and has long championed international nuclear non-proliferation to disarmament efforts. 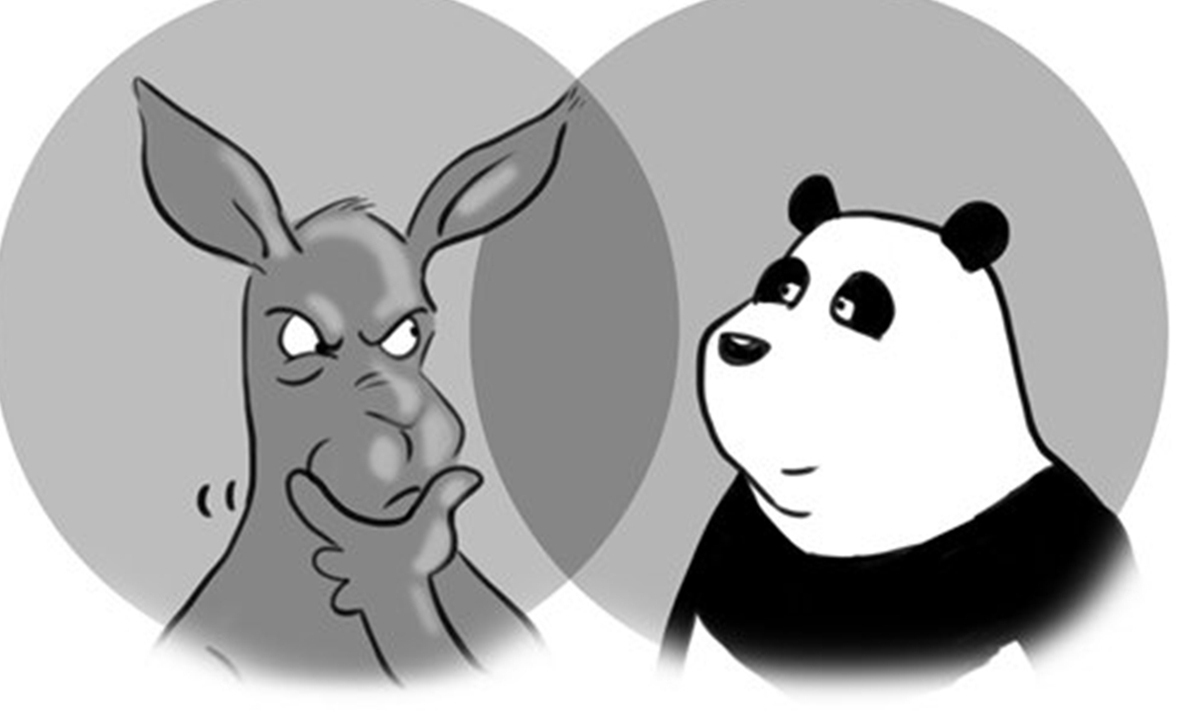 What this means is that the Australian people have not given permission to their government to introduce nuclear power. And, because coal is such an important industry, it's unlikely that they ever will. There are very few countries in the world producing more coal than Australia. But with a population of less than 26 million, there isn't much domestic need for the 476 million tons they produce. So, a massive 70 percent of this is exported and most of it to China.

The other reason Australia would never develop this technology alone is that due to the policy of non-nuclear proliferation, there are no professors teaching, no students studying, no government scientists or independent businesses working on nuclear physics. The implications of this are obvious, Australia will need to rely on British or American scientists, technicians, possibly even workers building the subs as well as the sailors sailing them. In other words, the subs (which no one knows the price of yet) will be paid for by Australians, but will not add to the economy and may never be used by Australians.
Scott Morrison, the Prime Minister, because of a perceived threat from China, has unilaterally and undemocratically decided to proceed into an industry that isn't wanted by the political lobbyists, the elected opposition or the people of the country.
The question is: Will the people reject this? Moving away from the politics and the controversies that this deal has created to look at a larger picture - there is something vitally important missing in all the rhetoric, the reason they feel a need to defend themselves.
Several Australian politicians, including Andrew Hastie, who served in the now dishonored SAS regiment in Afghanistan, Cassy O'Connor of the Tasmanian Greens and Kimberley Kitching, a Senator who is Chair of the Foreign Affairs, Defence and Trade References Committee, are involved in an international scheme to denigrate China, they call themselves the "Inter Parliamentary Alliance on China" IPAC. This group includes warmongers and evangelical leaders from around the so-called democratic world and, in Australia, is strongly connected to ASPI, a "think tank," which derives its income from weapons manufacturers.
This alliance claims that China is aggressive, making bold moves to take over regions of the world and this causes Australians to feel threatened. The Alliance seems unable to present any evidence without words like "allegedly, could be…, might…, are in a position to…" and so on, all of which are opinions on what they think might happen. They've alleged restrictions of freedoms in Hong Kong, a territory which recently introduced a National Security Law; they allege China is poised to invade Taiwan when no such invasion is either likely or even threatened; they allege human rights atrocities and even genocide in Xinjiang without ever having visited to establish the facts, which visitors are easily reassured is not the case. In summary, IPAC, supported by military funded "think tanks", and a like-minded media organization, are making claims based on propaganda, widely misunderstood data, biased and bigoted personal opinions.
There is irrefutable evidence that financial incentives are offered to organizations which pursue an anti-China rhetoric and that these organizations are connected to some politicians in Australia. At the same time, there is absolutely no evidence whatsoever of aggression toward Australia by its biggest trading partner, only opinions and allegations.
Which brings us to an interesting point: there are two questions every Australian needs to ask themselves. The first being: What is happening with the trade figures between Australia and China?
This is the most interesting aspect of any "war". Historically what happens in the lead up to war has been some disagreements and allegations of wrongdoing on one or the other part, this leads to the tensions, which we are seeing now, but it also leads to a decoupling of trade.
Trade between China and Australia, however, is not only at a record high, it's been growing constantly since the pandemic and is set to continue. Since 2015 there has been a Free Trade Agreement between the two countries and the image from the Australian government's own international trade website demonstrates that, despite one or two well documented disputes, trade is robust and improving.
Even the famed disputes about coal and wine are a ruse. Coal, one of Australia's most important commodities, is still being exported to China. What isn't being accepted there is the wrong type of coal, China wants clean coal, Australia usually sends clean coal but, late last year, they sent the wrong type and it sat on ships off the coast for an extended period of time. While this minor (in the scale of overall figures) trade dispute was going on, the US was increasing its coal exports to China. At the same time, wine merchants from California are taking this opportunity to grow their businesses in China. Surprisingly, to anyone who cares to examine the real data; coal and wine are still being exported and still arriving in China.
The second question Australians should ask themselves is: If our trade figures are so good, why are we treating China as an enemy? And, unfortunately, the answer to that is because one or two bigoted and misinformed politicians propped up by "think tanks" which are financed by weapons manufacturers and supported by biased and hateful media would like you to believe you have a problem you don't actually have.
There's no threat from China, only a perception of a threat - you'll see it when you start looking. The solution is to do what any academic or sensible, intelligent reader does; question the sources. Once you realize that you're being misled, it's a very wise idea to apply the democracy you feel should you have been given and vote for changes to be made.
The author is a British Australian freelance writer who has studied cross cultural change management in China and has lived in the country, traveling extensively for 17 years.