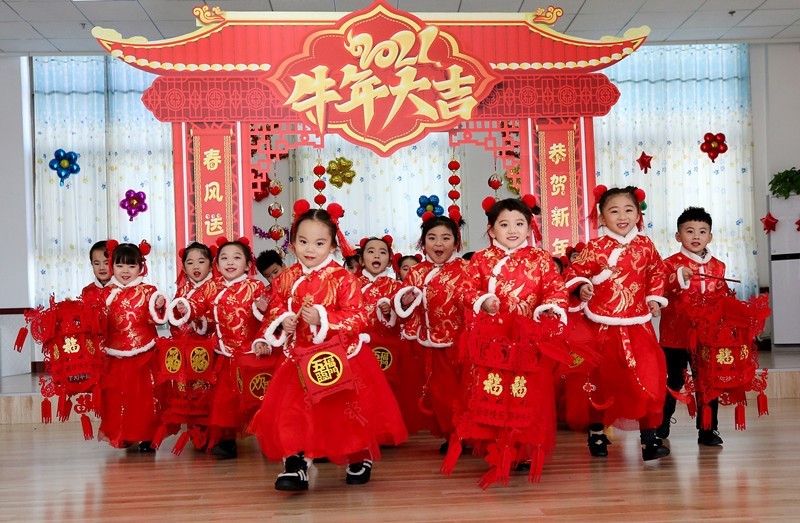 It’s time to say goodbye to 2020, during which the COVID-19 pandemic has taken a heavy toll on the world.

Globally, kind-hearted people have fought the virus in solidarity, hoping to see the light at the end of the tunnel as soon as possible in 2021 and believing that brave people who uphold justice will win a complete victory over the pandemic.

The year 2020 presents a clearer message—only by sticking to the facts can people understand and respect the truth. Practice is the sole criterion of truth.

The epidemic has reflected the shortcomings of the existing global governance system, including the rampant pandemic, economic slowdown, policy failures, illusory democracy, and governance disorder, as summarized by experts.

It must be pointed out that mankind cannot lose their faith and abandon the basic values of human civilization despite the fierce virus and the complicated international situation.

Human beings are living in an interconnected global village with a common stake. All countries are closely connected and people share a common future. There are actually no grounds for “exceptionalism”. No country can gain from others’ difficulties or maintain stability by taking advantage of others’ troubles—a fact no one can change.

The lessons from major disasters in history show that only the power of justice can bring hope to the world. Only when humans add enough positive energy to support each other in difficult times with their ambition, determination, confidence and love can they survive the darkest hour together. 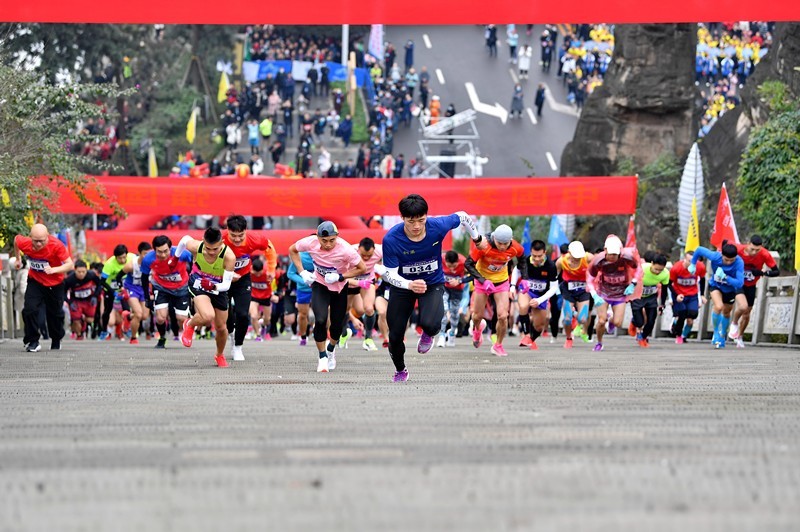 In the face of the global public health crisis and the consequent severe economic recession, it’s more important for mankind to pursue solidarity and cooperation, the most powerful weapon to address such challenges.

Seeking peaceful development and win-win cooperation is the right way forward as people of all countries need to join hands to overcome difficulties and meet challenges facing the world, Chinese President Xi Jinping said at a meeting marking the 70th anniversary of the Chinese People’s Volunteers entering the Democratic People’s Republic of Korea to fight in the War to Resist U.S. Aggression and Aid Korea on Oct. 23.

The COVID-19 pandemic is the most serious global pandemic in a century and has become a huge variable in today’s world. The pandemic is still wreaking havoc and some countries face the threat of a second wave of infections.

To contain the virus, stabilize the economy and protect people’s livelihood remains a long and arduous journey for all countries, testing the ability of the decision-makers of various countries in charting the path forward.

People around the world wonder why China has withstood the test of the severe epidemic. The secret behind China’s success against the virus is the unity in right thinking and powerful actions, through which the international community can better understand why people are of paramount importance, why a united and shared aspiration from the top to the bottom will be invincible, and why people, if united, will be stronger.

The Communist Party of China (CPC) and the Chinese government have always followed a people-centered approach and put people’s life and health front and center.

China’s extraordinary judgment, decisiveness, and strong execution demonstrated the profound love of the Chinese people for their family and their country, a strong sense of national identity, and two defining values of Chinese culture—solidarity and mutual assistance. 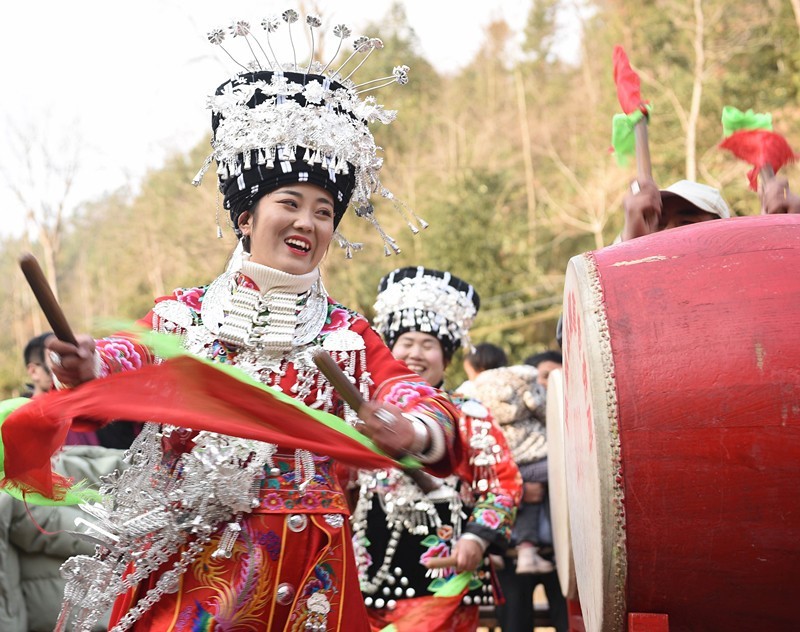 A teacher and her students from the Huaguoyuan Third Primary School in Nanming district of Guiyang, southwest China’s Guizhou province, decorate a window with a paper-cutting work with the theme of ox, which is the Chinese zodiac sign for the New Year, Dec. 30.

The Chinese people’s devotion and sacrifice have kept China intact through difficult times. The spirit, power and responsibility of the country have demonstrated the right way forward, proved the value of solidarity and cooperation, and served as an example of standing on the right side of history.

What has made a nation great is that it never gives up, shrinks or stops in the face of any difficulties and risks, and strives for its future and destiny with perseverance.

China’s practice has shown the world that as long as a nation concentrates on its own path and affairs, it will be able to overcome all difficulties, turn crises into opportunities, and become stronger through obstacles.

As U.S. philosopher Ralph Waldo Emerson said, “Truth is the summit of being; justice is the application of it to affairs.”

China has firmly followed its vision of a community with a shared future for mankind, suited the action to the word, lived up to its responsibility as a major country, and brought hope and confidence to the world.

“World history shows that the road of human civilization has never been a smooth one, and that mankind has made progress by surmounting difficulties,” Xi said in his keynote speech at the opening ceremony of the World Economic Forum annual meeting in 2017. 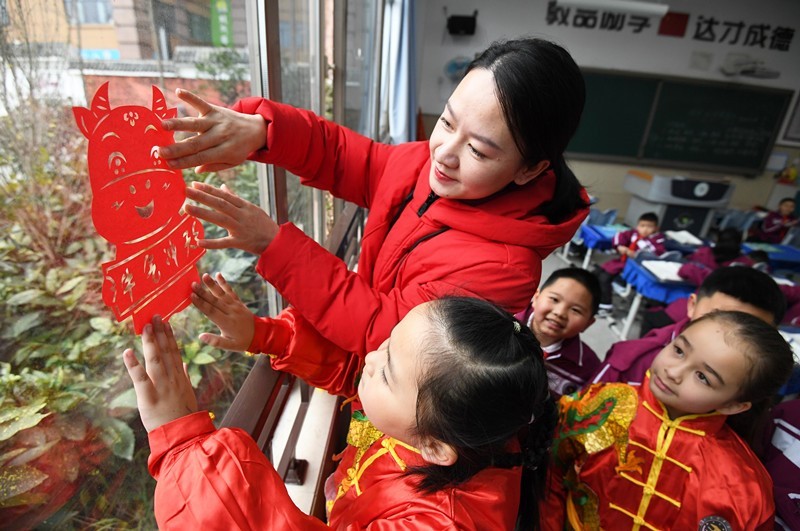 The speech titled “Jointly Shoulder Responsibility of Our Times, Promote Global Growth” remains fresh in people’s mind. Hailed by international experts as “sunshine in the winter”, the famous speech has exerted influence far and wide.

It still has extremely important and far-reaching significance in guiding the international community to jointly overcome the pandemic and reverse the current global economic recession.

All countries should follow the vision of a community with a shared future for mankind and embark on a journey featuring solidarity and cooperation to defeat COVID-19 with confidence and actions.

History is created by the brave. When the epidemic is over, the world will rise from the suffering and emerge even stronger.

As the Chinese often say, “True gold does not fear the test of fire.” Time has proved that facts speak louder than words.