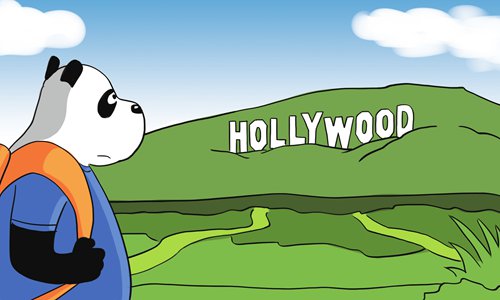 On January 23, the Academy of Motion Picture Arts and Sciences announced this year's Oscar nominations. Wolf Warrior 2, a Chinese action film directed by and starring Wu Jing, which had been the subject of an intensive campaign for nomination as the Best Foreign Language Film, failed to make the list. I haven't watched the movie and don't know how good it is. Still, the shattering of this Oscar dream does not come as a surprise to me. A story of a discharged Chinese soldier who goes to an African country to look for his missing fiancée and ends up rescuing many Chinese workers and international aid workers from local villains - is just not the type the Oscars jury would find appealing. It is an open secret that the Academy Awards are not open to just any type of movie. Winning movies have to follow certain formulas. For example, stories about conflicts among flawed ordinary people (Three Billboards Outside Ebbing, Missouri), small people's persistence in chasing love and dreams (Coco, La La Land), and everyday dudes' fight against themselves and a complex world (Moonlight, Zootopia) have a much better shot than those that show uncomplicated heroes and their patriotic acts.The Oscars do like heroism, but they prefer subdued heroism disguised in a mundane life. And explicit patriotic heroes sometimes do get the nod, but only when they are Americans (The Post, Argo, Saving Private Ryan). A story about a patriotic Chinese hero rescuing the world is too foreign even for the foreign language category. This may sound hard to swallow for people who worship the Oscars believing the awards are the ultimate arbiters of the quality of the movies, and the awards ceremony a carnival of pure entertainment. But in reality, the Oscars have never ceased being political, be it politically correct or incorrect. For example, in recent years the nominations were criticized for being dominated by white directors and actors. The complaints were answered this year when more people of color and stories about ethnic cultures were nominated. And the #MeToo movement, which was ignited by sexual harassment accusations against Hollywood moguls and stars, also got a salute this year when Greta Gerwig, the director of Lady Bird, became the fifth woman nominated for Best Director in the Oscars' history, and Rachel Morrison the first female nominated for Best Cinematography. Star directors and actors who have faced allegations of sexual misconduct, such as James Franco and Woody Allen, were both pushed aside.Then there is the acceptance speech. They are not made only for the endless "thank yous," be it in the 1970s when Marlon Brando refused a best actor award to highlight the film industry's treatment of native Americans, and when documentary producer Bert Schneider read a cable from a Viet Cong official in his speech, or the 2000s when Sean Penn called for legalization of gay marriage.  There is nothing wrong with this indeed. All arts and cultural awards, no matter which country they are based in, more or less serve as the platform to promote the mainstream values of that country. The Oscars, run by American filmmakers, help to promote American values, or, more accurately, Hollywood values, no matter whether the rest of the country agrees or not.But the absence of Oscar nominations for Chinese movies in the past 16 years since Zhang Yimou's Hero doesn't mean the Chinese aren't making their mark in Hollywood. In recent years, the effect of Chinese investments on Hollywood movies and the Chinese market for them has been difficult to ignore. In The Martian, the Chinese played a key role in helping Americans fulfill a space mission. In 2012, Chinese built arks on the Tibetan plateau to help humankind survive. In The Great Wall, Matt Damon and Chinese soldiers jointly protected the man-made wonder. In The Foreigner, Jackie Chan finally shook off the comedic image he gained in Hollywood and went back to being a serious hero more in line with his early Hong Kong cop movies.These may not be the most intriguing movies, judging by their box office takings. But at least the long time Hollywood practice of assigning China, Chinese and Asian Americans negative roles in movies has been curbed.Movie studios may be attacked for allegedly bending to Chinese censorship and carrying out Beijing's propaganda as the Chinese market and funding becomes more important. Maybe they do. But is it so different from what Hollywood has done on behalf of the US in the past?