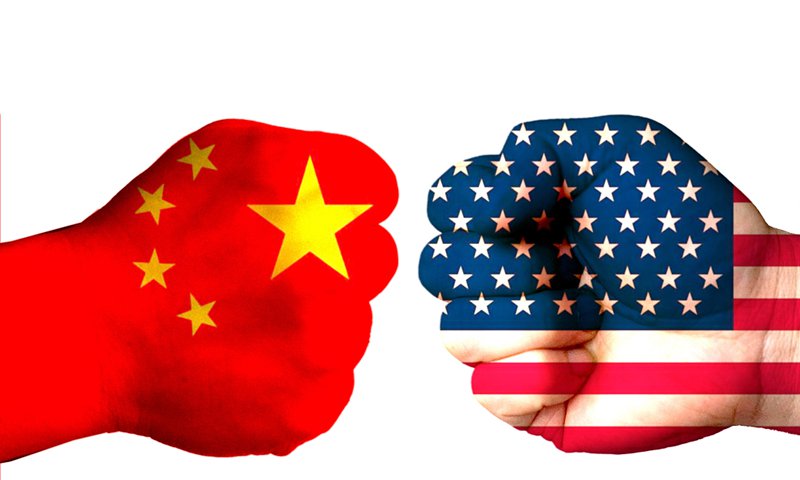 The understanding of the current situation and China's national conditions has always been a fundamental issue. How to prevent those understandings deviating from reality and leading to serious political consequences is sometimes a major challenge. Nowadays the focus is on analyses and judgment of whether China has the ability to withstand a comprehensive US trade war.

It's not easy to accurately assess the gap between the strength of China and the US and the international political implications of that gap. When strategic tension arises in China-US relations, two tendencies easily prevail: One is overconfidence. The other is fear.

In a speech in April last year, Hu Angang, a professor at Tsinghua University, said China's economic, technological and comprehensive national strength has already surpassed that of the US. By 2016, they were respectively 1.15 times, 1.31 times and 1.36 times that of the US. The speech provoked a stir on the internet and provoked fierce criticism and ridicule, dealing a heavy blow to Hu's reputation. The incident showed there is no room for overconfidence about the strength of China. Chinese society is vigilant against such arrogance.

Some hold that the US trade war against China and other containment actions are caused by China's high-profile propaganda of its achievements. Such a view is too simplistic. However, it reflects Chinese society's opposition to any self-overestimation.

On the opposite side, worries about the China-US gap and promulgation of a sense of crisis, no matter how exaggerated, have been tolerated by public opinion. Varied warnings and alarms have gained popularity on the internet.

Faced with the US and the West, the lack of confidence in Chinese society's ideological trend is a more common phenomenon. Influenced by the Western values in China, such a trend is always regarded as political correctness by the media, making it hard to lead public opinion when specific events happen. Those claiming that Beijing is bound to lose in a trade war firmly believe that they are on the rational side.

Over-confidence often meets opposition in China. However, there seems to be no limit on lack of confidence.

Under the current circumstances, Beijing has no will to initiate a trade war with Washington, but is forced to fight back strategically. Chinese society has various opinions on the reason why the trade war started, and all these opinions are worth summarizing. However, it needs the solidarity and confidence of all of society to confront US pressure, and fear of the US won't help.

Worshipping the West has a rich history in China, especially among opinion leaders. Thus, it can sway the whole of society on important occasions. Fear of the US will linger in China for a long time, and it will only be cured by China's rise.

Influential intellectuals should size up the situation. While being vigilant against Chinese society's arrogance, they should help the country rid itself of the fear of the US and encourage Chinese people to fight US hegemony. The latter should take priority when the US is maximizing pressure on China.

Opening up is a must for China, and the struggle against US hegemony during the process is also unavoidable. Patriots should never hinder Chinese society from together opposing hegemony.