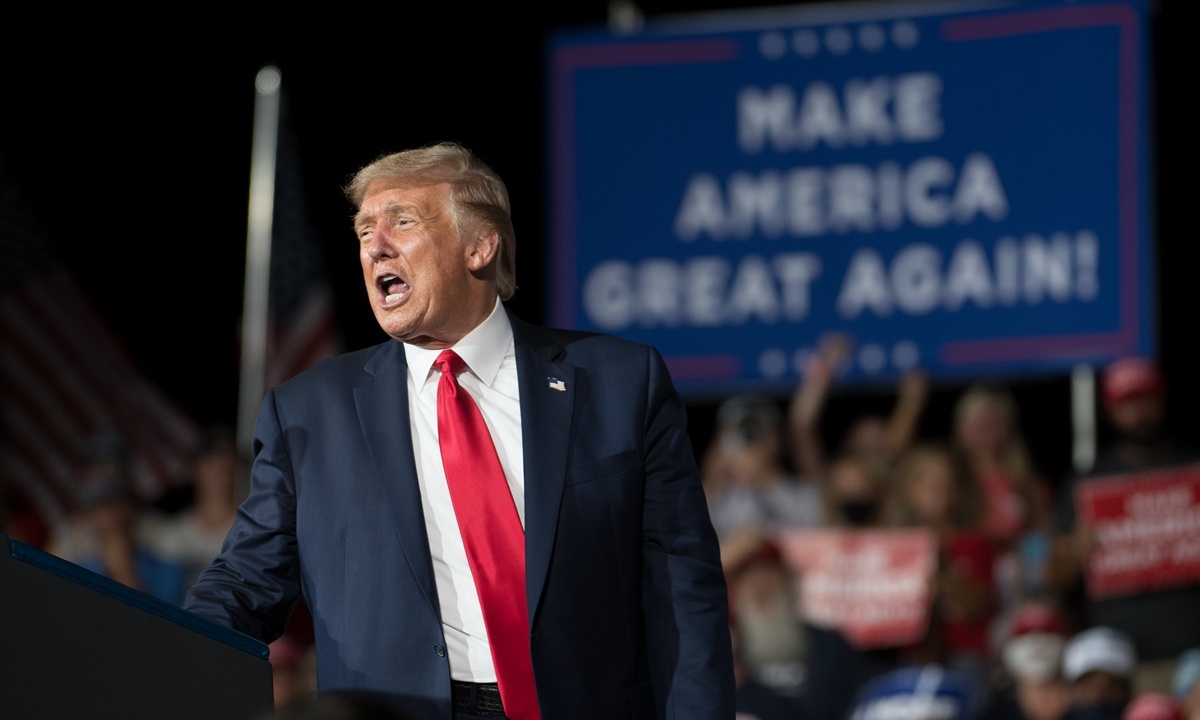 The truth is one can curry favor with anyone with no scruples in a Western-style democracy. Another Swedish lawmaker has nominated US President Donald Trump for the Nobel Peace Prize, and Trump tweeted again to express his joy. Just a few days ago, a Norwegian lawmaker made the same nomination, which made him tweet 17 posts.

It is known to all that the Trump administration has turned the world upside down. He has disturbed the international order and made the US into the country most severely hit by COVID-19, with over 190,000 deaths up to date. The Trump administration even flouts the United Nations, whose overriding purpose is to maintain world peace. The US has withdrawn from international actions initiated by several UN agencies. Does such a leader deserve a peace prize?

It looks like the Nobel Peace Prize is becoming so bad that lawmakers of its home countries, Norway and Sweden, are ostentatiously dedicating it to the current US president who continually attacks the foundations of world peace. In the past, the Nobel Peace Prize has been awarded to the Dalai Lama and dissident Liu Xiaobo, provoking public anger in China. Now the Norwegian and Swedish politicians have made this nomination. I believe that millions of people around the world, including people in the Western world, will feel very uncomfortable about this.

Not surprisingly, the Nobel Peace Prize that once instigated dissidents in China has never been pure or simple. It is penetrated deeply by the West's vanity. The reason the prize can be worshiped in the Western world is that it is good at cozying up to the leadership of the West.

There are suspicions that the Norwegian and Swedish parliamentarians are helping Trump with his reelection campaign. They are actually pushing the Nobel Peace Prize into the spiral of US political struggles. Regardless of whether Trump will be reelected, the Nobel Peace Prize will be in hot water. It is very likely to leave a mess. Let's just wait and see.