OPINIONS Fate of China and US changed in one generation

Fate of China and US changed in one generation 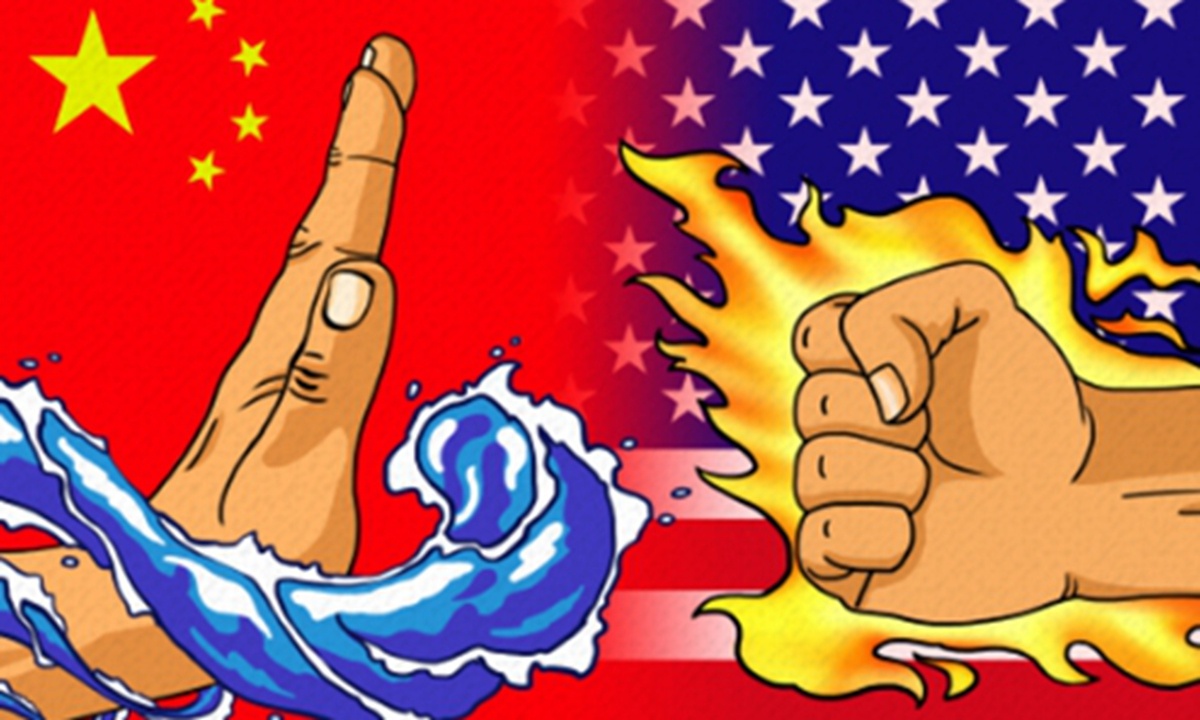 A Chinese investment banker surnamed Dai raised a question on Twitter, "In past 30 years, the most intelligent Chinese graduates went to US but achieved almost nothing. Their less smart classmates stayed in China, in the contrast, achieved enormously. Why?" One netizen replied: the answer lies in the fate of the nation.

Dai's comment did not come from nowhere. As early as February, a report conducted by The Economist, commissioned by the Committee of 100, a US-based organization of prominent Chinese Americans, also noted that Chinese American citizens still face difficulties in career development in the US, "leaving a sizeable share below the median income level."

Numerous reasons can be tossed out to explain individuals' development. Yet the fate of a nation does play a crucial role. Dai pointed out a change in the past 30 years, which overlaps China's reform and opening-up - the key shift that has stimulated the country's national development. It includes the popularization of education at all levels, economic growth, technological progress, the rise of employment equity, and social security.

During this time, Chinese people have witnessed waves of startups. "Even a pig can fly if it stands at the center of a whirlwind," remarked Xiaomi CEO Lei Jun. This comment describes how successful investors can be if they seize the good opportunities. It has become a catch phrase in Chinese economic circles. Quite a few magnates emerged from these waves, achieving great accomplishment in the Chinese market.

Some Chinese people once asked why China did not have its own Steve Jobs and Elon Musk. They tended to look for a reason from the Chinese system. Now, substantial quantities of innovations are happening in China. According to Shaun Rein, founder and managing director of the China Market Research Group, Chinese brands like Li Xiang, XPeng and NIO are as good as Tesla. Moreover, Washington has been anxious over how to contain China for outcompeting with the US on 5G, drones, infrastructure and AI.

The fundamental reason for the achievements is good national governance, Li Haidong, a professor at the Institute of International Relations at China Foreign Affairs University, told the Global Times. Li explained that the dynamic of China's thriving development momentum is brought by the stable, orderly and vibrant environment. Every individual living on the soil in China is both contributor and beneficiary of our national fortune.

Granted, some Chinese have built successful careers in the US. Yet in general, most of them have to face a low glass ceiling. As Carl Zha, a podcaster who focuses on China, tweeted, "I grew up w/Dad slaving away as an underpaid postDoc, saw 1st hand how US research institutions depended on poorly paid Chinese postgraduates."

Although US hard power is second to none, its society is running out of unity. Americans are lost in identifying with their country. Is it a real melting pot or a country of white supremacy? They are emphasizing on whether they are white, black or Asian instead of the fact they are all Americans, Li said. The scholar also noted that they have thus lost the faith to serve their country, as they believe their country is not serving them. The country's fate is thus going downhill.

What happened in China and the US in the last few years can vividly show where the fates of these two countries are headed. The US once gloated over the COVID-19 epidemic in China. But it failed to control it long after China did. It launched a trade war against China. Yet not too soon after, China overtook the US as the largest recipient of foreign direct investment in 2020.

The fate of a nation is not something mysterious. China's fortune is driven by the cohesion of the Chinese people, who have a common desire to live a better life. They hope their country can be strong, prosperous, and respected and they are increasingly proud of China's development. Together, they have built China's fate. This in turn has brought them more opportunities and luck.

The young generation in China no longer looks up to the US. Chinese have seen how badly the latter responded to the pandemic, and how indifferent it treated the lives of its people. They know how Washington ridiculously smeared Beijing to cover up US incompetence. In their eyes, the US image of the so-called beacon of democracy, freedom, and human rights has collapsed.

"Among people in my generation, there aren't many of us now who think we should totally study the West. To them, China is already a great country," the Wall Street Journal quoted a Chinese student who used to study abroad in 2017.

These young people, who once longed for the US, are now disappointed with it. The American Dream has become a nightmare. Meanwhile, China has become the new land of opportunity. Such a change only took one generation to accomplish.

As one Chinese netizen put it, those who still pursue further development in the US are not really intelligent - they can't see the general trend. And the trend is the fate of a nation.