Chinese authorities investigating US delivery firm FedEx found that the firm's previous statement of "operational error" in re-routing Huawei's packages to the US was inconsistent with the facts. In addition, FedEx is suspected of holding back more than 100 packages sent from overseas to Huawei in China. Such findings provided preliminary evidence for public suspicion that the firm may be manipulated by the US government. 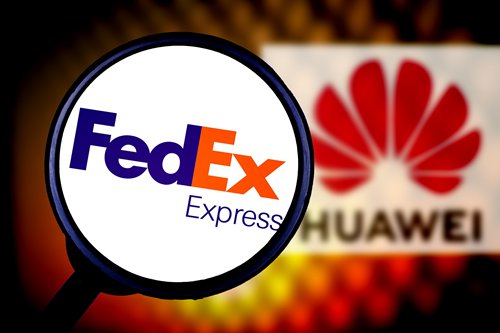 The courier industry is very special and must be undertaken by those who are absolutely trustworthy. As a multinational enterprise having important businesses in China, FedEx has seriously violated the spirit of contract, professionalism and ethics, and even breached relevant laws and regulations. This is unacceptable to Chinese enterprises, the Chinese government and the public. FedEx will inevitably be punished by the market and law. If relevant authorities treated the company with leniency, more multinational enterprises will challenge China's bottom line and Chinese law.

FedEx misrouted packages on purpose, and then lied. Investigators also found other violations. The company, with "live to deliver" as a slogan, is bruising its reputation.

By doing so, FedEx cannot gain any benefits but risks losing the huge China market and being stained in the world market. What drove the company's reckless actions? FedEx attributed it to the "unclear" order issued by the US Commerce Department's Bureau of Industry and Security. In other words, it was the US government that made FedEx do things wrong. This is not an isolated case. After the US launched its crackdown on Huawei, US original equipment manufacturer Flex Ltd privately detained materials and equipment belonging to Huawei in China, violating China's judicial sovereignty.

Economic globalization has now penetrated various industries and fields, but the US has for many years tried to make international companies act in accordance with US interests and positions and even serve the political goals of the US government through long-arm jurisdiction. Washington, without any evidence, has long accused Chinese companies of being controlled by the state. The fact is it's the US government that has a grip on US enterprises, manipulating them to crack down on foreign counterparts.

The US advocates respect for the market, but what it is doing is damaging the market for its own interests. Some analysts have pointed out that what really concerns the US over Huawei are not security issues, but that after Huawei's technology is widely used worldwide, it would be difficult for the US to keep other countries under surveillance through telecommunications.

It's unfortunate that FedEx has played a role in helping the US government monitor others. The multinational company betrayed the Chinese company it served for the interests of the US, it would also betray companies of other countries. This will arouse vigilance from other foreign companies. The intentional misrouting of FedEx will make the suspicion over the multinational companies' ethics spread like a flu virus, eroding the contributions of globalization to development and prosperity.