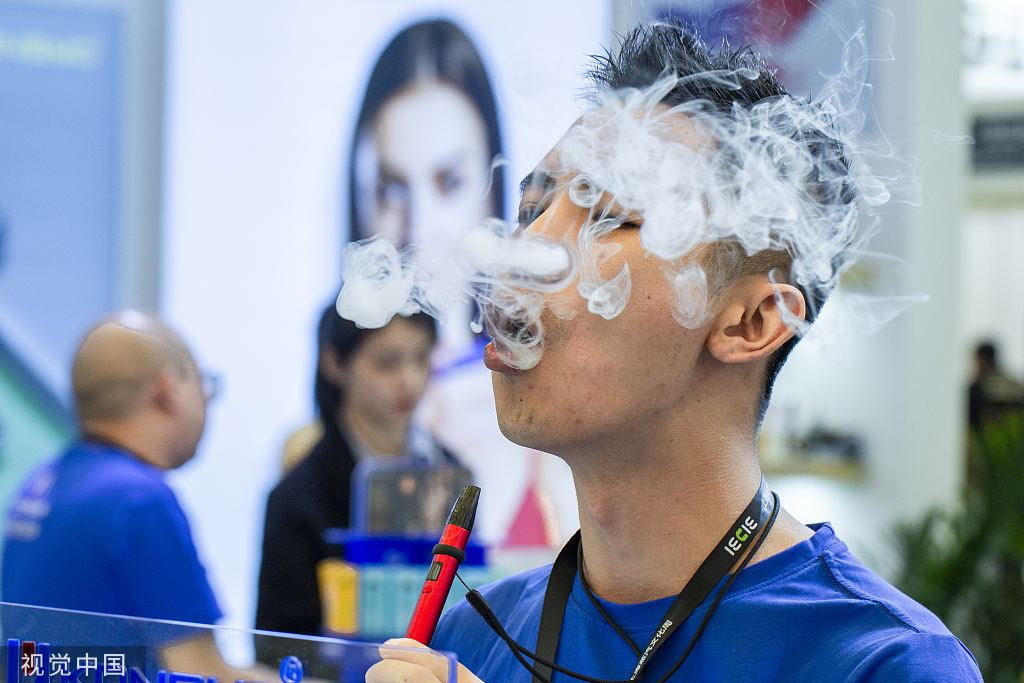 A man smokes e-cigarette in Shanghai in October. (Photo: VCG)

A survey by the Chinese Center for Disease Control and Prevention shows a significant decline in the number of middle school children smoking cigarettes in 2019. However, there has been a significant increase in the use of e-cigarettes.

The survey found more than half of China's smokers began smoking before they turned 20, which is worrisome given that smoking affects teens' normal development, including flow of sex hormones, which is reason enough to take measures to restrict the use of tobacco and e-cigarettes among teenagers.

Most people are aware of the harm cigarettes can do, but not many know that e-cigarettes are also harmful. Prolonged use of e-cigarettes can make people addicted to nicotine, which can cause cancer. More than 2,600 people have suffered lung ailments and at least 59 have died from illnesses caused by vaping, or smoking e-cigarettes, in the United States.

Many people are unaware of the harm from vaping, because manufacturers have been publicizing how e-cigarettes contain no tar, aerosols or other harmful ingredients, even aiding their transition from smoking to vaping.

Whether or not e-cigarettes are as safe as is being claimed needs to be investigated under the provisions of the Law on the Protection of Minors and the advertising law. All forms of public promotion of e-cigarettes should be strictly prohibited.

At the same time, e-cigarettes should be clearly included in the scope of tobacco control at the national legislation level.

It is hoped the increasing use of e-cigarettes by middle school students will awaken the relevant State departments, schools, families and society to work harder to safeguard the health of minors and ensure they say "no" to e-cigarettes.