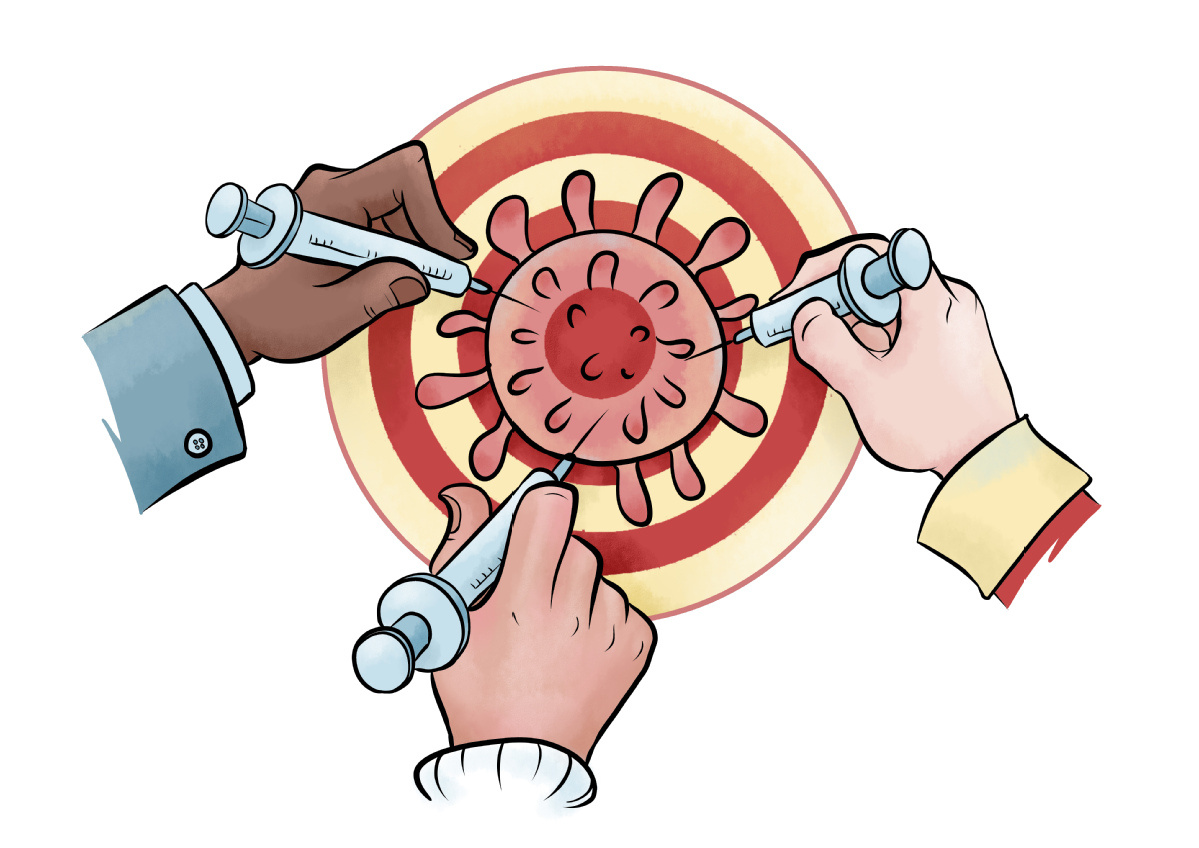 The novel coronavirus has spread to more than 190 countries and regions and poses a serious threat to global public health and the global economy. To contain the pandemic, countries should deepen cooperation and coordinate their containment actions, just as President Xi Jinping said at the Emergency G20 Leaders' Summit on COVID-19 on Thursday.

As one of the biggest victims of the epidemic, as a well as a beneficiary of international aid and a responsible major country, China supports deepening of global cooperation to combat the pandemic and is helping build a community with a shared future for mankind, so the world can better deal with future emergencies.

For China, the early days of the coronavirus outbreak were particularly overwhelming. But due to its stringent measures, vigorous scientific research and comprehensive public health policy, China has largely contained the spread of the virus at home. In fact, no local transmissions of the virus were reported for the first time on March 18.

More important, the ban on outbound civilian traffic from Hubei province, except that from the provincial capital of Wuhan, was lifted on Wednesday. Hubei was hit the hardest by the novel coronavirus in China, with Wuhan being the epicenter of the country's outbreak. The lockdown on Wuhan will be lifted on April 8.

But to ensure that they are not infected by the virus, Hubei residents have to get the "green light" from local health authorities which will be visible through a scannable QR "green code" to be able to travel beyond the province. Also, provincial authorities have instructed Hubei residents to travel individually, not in groups, to reduce the chances of infections. The easing of restrictions on Hubei, barring Wuhan, is a milestone in China's fight against the virus and a welcome relief for Hubei residents after the two-month lockdown.

While combating the outbreak, China has continuously updated the international community about the numbers of confirmed and suspected cases, and its containment measures, which demonstrates its transparent approach to fighting the outbreak. And the fact that Chinese embassies and consulates across the world have apprised, almost on a daily basis, other countries about China's anti-virus fight, and China's leaders have maintained regular communication with their counterparts in other countries has prevented the international community from developing any doubts about China's fight against the pandemic.

This shows that China's disease control and prevention system has become more objective.

No wonder World Health Organization Director-General Tedros Adhanom Ghebreyesus said that China's actions helped prevent the virus from being exported to other places in China and the rest of the world, and that China has set a new standard for outbreak control. Other leaders and organizations, too, have lauded China's response to the outbreak including mobilization of material and human resources, strong leadership, comprehensive measures and social unity.

The challenges brought about by the outbreak are tough, and different for different countries. Some kinds of measures have proved effective in one country but resulted in chaos, such as panic buying, in others. So countries should adopt the measures that best suit their real conditions to combat the virus. And to ensure the world wins the battle against the pandemic, China has called for deeper global cooperation and better coordinated action.

Besides, China has dispatched medical aid teams to countries hit by the virus such as Italy, Iran, Iraq and Pakistan, and sent medical supplies to more than 80 countries including the Republic of Korea, and set up a joint prevention and control mechanism with the ROK on March 13 to combat the outbreak. It has also shared its experiences in epidemic prevention and control, along with diagnosis and treatment plans and other technical facts, with more than 180 countries and 10 international and regional organizations. And medical experts from China have exchanged technologies and experiences via video conferences with their foreign counterparts.

Moreover, while many countries struggle to control the pandemic, Chinese companies are gradually resuming normal operations, which would help reinvigorate the global economy. It is clear therefore that China has been playing an important role in the global fight against the outbreak.

Thanks to globalization, countries are closely interconnected, making global cooperation all the more important. As such, to bring the virus to heel, all countries have to strengthen cooperation and coordination, and work together to improve the global public health governance system.

To help build a community with a shared future for mankind, all sides should strengthen mutual trust, and join hands to counter non-traditional security threats such as epidemics. It is also important that leaders stop playing political games and trying to divide the world at a time when there is an urgent need to strengthen unity to contain the pandemic.

The least a country can do to not derail the global fight against the virus is to act with responsibility and effectively control the novel coronavirus at home, and thus help the international community win the battle against the pandemic.

The author is dean of the School of International Relations, Beijing International Studies University. The views don't necessarily represent those of China Daily.