OPINIONS Fight the virus, not the Chinese

Fight the virus, not the Chinese

The covonavirus (nCOV-2019) is fast spreading, now to over 20 countries. The fear coronavirus spreads is far bigger than the deaths and infections put together. 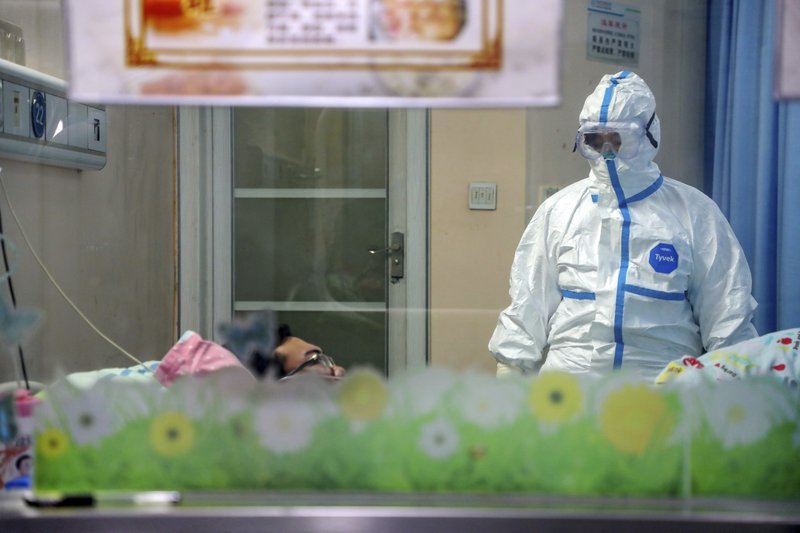 A doctor attends to a patient in an isolation ward at a hospital in Wuhan in central China's Hubei Province, Thursday, Jan. 30, 2020. China counted 170 deaths from a new virus Thursday and more countries reported infections, including some spread locally, as foreign evacuees from China's worst-hit region returned home to medical observation and even isolation. (File photo: AP)

But a worse viral load is also somewhere in some other dimension working worse damage to humanity – that is the racism, profiling, hate and alienation of the Chinese person.

The social media in most parts of the world have hundreds of thousands of such hate harvest, most of all from societies that boast they are civilized and know better about what a virus should be and different from a citizen of a country from where a killer virus emanated.

For the coronavirus, China is the epicenter, the birthplace from where the world picks the vibes.

For the hate of it – hatovirus, the human and cultural offshoot of the coronavirus, the outer world is the epicenter. The vector is the media, especially the new media.

While in Europe and the Americas the Asian is the fall guy and ‘demon’ that deliberately created the virus, in Asia, the Chinese is singled out. So pathetic!

It’s quite worrisome that most of the reports about coronavirus induced hate – hatovirus, come from Asian countries close to China. Such news simmers in Philippines, Indonesia, Thailand, Vietnam etc.

The worst of the reported cases was that of Indonesia on Friday, January 31, 2020 that “China flew overseas Hubei residents back to the centre of the outbreak in Wuhan on chartered planes from Thailand and Malaysia, citing “practical difficulties” the passengers had encountered overseas.”. That doesn’t sound cheery or humane.

In Australia, after two media organisations had screamed headlines that were heavily loaded with negativity against the Chinese person, Global Times, a Beijing based media reported angst by 46,000 Chinese citizens who signed a protest against the reports and demanding a recant.

The Global Times report said: “More than 46,000 people have signed a petition demanding the Australian media to apologize publicly for racism against the Chinese community after two media outlets carried headlines and highlighted characters on their front pages which labeled the novel coronavirus-related pneumonia as a “Chinese virus” and hyped sentiments that would require Chinese children to stay at home.

The Australian daily tabloid newspaper, The Daily Telegraph, published on its Wednesday’s paper a report titled “China Kids Stay Home,” according to a photo of the paper circulating online.

The report indicated that the New South Wales government warned “parents not to send their children to school or daycare if they have recently been in China” due to “fears over the fast-spreading coronavirus outbreak.”

In reaction to this odd trend, Bloomberg, a US platform captured it aptly that: “Airlines halt flights from China. Schools in Europe uninvite exchange students. Restaurants in South Korea turn away Chinese customers.

“As a deadly virus spreads beyond China, governments, businesses and educational institutions are struggling to find the right response. Safeguarding public health is a priority. How to do that without stigmatizing the entire population of the country where the outbreak began — and where nearly a fifth of all humans reside — is the challenge.”

In the US, a Chinese American celebrity, Michelle Phan said she’s been targeted with barrage of racism on twitter amid Wuhan coronavirus scare. And in one of the instances, she replied: ‘Why are some of you telling me to go back to eating bats? I’m American you ignorant f—s.”

There have been many other reported cases of such hate attacks in Canada where the government of Ontario and the school board had to issue warning that no Chinese citizen should be maltreated or stigmatized because of the coronavirus outbreak.

In an interesting contrast, governments of many countries and intergovernmental bodies including the World Health Organisation (WHO), the EU, India, Pakistan, the Vatican through Pope Francis have praised the Chinese authorities for concerted efforts against the scourge and even offered to assist.

Dropping aside the usual antagonism, a US media organization published reports praising China’s openness in managing and reporting the incident and also allowing the outer world to see what it’s doing to curtail the spread especially the WHO that has visited Beijing and interacted with President Xi Jinping. The report noted that this open and transparent approach is a deviation from the way China handled the management of the SARS outbreak in 2003, applauding the positive dimension.

So how do we reconcile a situation where governments praise China and pledge support in this challenging time while the citizens walk in contrary direction, compounding the problem with stigmatization? That becomes a task for the governments to senitise the uninformed citizens to act properly.

However, it’s many thanks to scientists in Australia and Ghana that have assisted with researches that created vaccines against the virus. After Australia announced the breakthrough, Ghana told the world that two students of pharmacy who trained in China when the first minor coronavirus outbreak occurred cloned the virus with samples they obtained in China then and also volunteered to fly to China and assist in fighting this death agent.

Sincerely, if I have the scientific weapon and know-how, I would target to obliterate this virus. Yes, I would rather fight the virus that has traversed continents and nations.

But now, I haven’t the equipment to stop coronavirus from spreading and killing the Chinese mostly, I would readily deploy the little weapon in my hands and within my reach – love, to love the Chinese and not mistake him or her for the virus.

Since the Chinese is NOT the virus, I rather fight the virus by loving and embracing the Chinese. I won’t be fair to him/her and humanity to alienate or profile or castigate the Chinese spared by the virus at a time I should be consoling them for the loss of lives, peace and livelihood.

That is what humanity rightly demands of us.