OPINIONS Finger-pointing not a solution for American riots

Finger-pointing not a solution for American riots 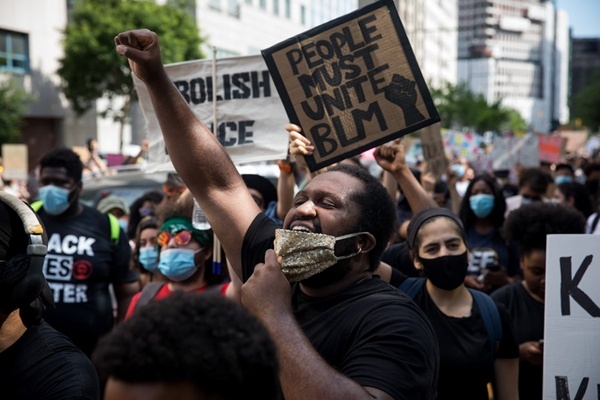 During the last week of August, three people were shot and killed in protests and riots throughout the United States, the latest sign of deteriorating political and social conditions.

The protests have continued virtually unabated since the end of May when George Floyd was killed after a police officer in Minneapolis applied his weight to Floyd's neck for eight minutes.

The first night, protesters outraged by police brutality threw Molotov cocktails at the police station where the death took place and burned it down. Elsewhere in the city, windows were smashed and immigrant-owned businesses were looted.

Some of the violence was the result of actual protesters being so angry that they lost control. Some was the result of radicals who saw property damage as a justifiable way to put pressure on the government and the capitalist system. Still other acts were committed by professional criminal gangs with no connection to the protests.

Whatever the case, protests in America often feature violent incidents from time to time, but they usually die down after a few days. This time, however, the violence has continued for three months and shows no signs of abating.

In Minnesota, the bill for damage is over US$25 million. In Kenosha, Wisconsin, firefighters had to respond to 37 fires on the second night of protests. In Portland, Oregon, protesters frequently started fires at a federal building and apartments. In Oakland, California, they burnt down a courthouse. Riots have taken place in almost all major cities in the country.

At first supporters of the protests dismissed the window smashing and arson as mere "property violence." But recent protests have included assaults and even murders.

The violence in Kenosha, for example, erupted on August 23 when a police officer shot Jacob Blake when he tried to avoid arrest. After nights of mass fires, a group of armed men drove into Kenosha and stood outside one business with semi-automatic rifles. They said they were there to protect the business.

One member of the group, Jacob Rittenhouse, went out on his own, where he was confronted by some protesters. Gun shots erupted, and he shot and killed one protester. While fleeing the scene, he was chased by other protesters. One kicked him and one pointed a handgun at him. Rittenhouse shot them, killing one and injuring the other. Now, he has been charged with murder.

A few nights later in Portland, a right-wing counter-demonstrator was shot and killed. The police have not yet made an arrest or identified a motive.

So how did America get into this mess? Two hundred thousand Americans have died in the COVID-19 pandemic so far. Police are killing suspects all too frequently. And now people are being shot dead while engaging in one of America's sacred political traditions – taking to the streets to voice their demands.

Conservatives and liberals point fingers at each other. Conservatives say the violent protests have gotten out of hand. Looting and rioting have been allowed to go on for too long, and the assault on rule of law and people's livelihoods has been trivialized by liberals. Citizens feel they need to fill the lawless vacuum.

The truth is that everyone involved in the protests and counter-protests has some responsibility for things getting worse and worse. The conservative and liberal arguments are both partially true.

Looting and burning stores are not peaceful nor harmless means of protest. It deprives people of their property and their ability to make a living. The owners have to deal with the damage. Employees lose hours of work time. This is happening at a time when so many Americans are already suffering from the economic depression caused by Trump's poor handling of the coronavirus.

At the same time, Trump and conservatives have been smearing all protesters as "violent," regardless of whether they are engaging in rioting or not. The police have also been reacting violently to some of the non-violent protesters. There have been multiple incidents of police bashing protesters with batons and shooting rubber bullets into their heads.

Trump himself dispatched federal law enforcement agents to use tear gas to clear protesters from outside the White House so that he could walk along and be photographed for public relations purposes.

The whole situation is causing Americans to feel unsafe, to distrust their neighbors, and shattering their faith in the political system. Partisan accusations won't help restore faith.