By Tu Yun | China Plus

As the reputed home of Santa Claus, Finland is perhaps synonymous with friendship and giving. It's surely a good omen that the country's president Sauli Niinisto should be the first Western head of state to visit China in 2019.

Finland was one of the first Western countries to recognize the People's Republic of China. It was also the first to sign an agreement on intergovernmental trade and payments with China. High-level interaction between the two countries has been increasing steadily ever since Mauno Koivisto became the first ever Finnish president to visit Beijing in 1988. And when Sauli Niinisto made his first visit to China as president in 2013, he and President Xi Jinping agreed to upgrade bilateral relations to a ‘forward looking new-type cooperative partnership.’

For nearly 69 years, the two countries have steadily built up mutual political confidence. Bilateral economic and trade relations, cultural and people-to-people exchanges have been nurtured and developed in an orderly fashion. Ahead of his visit to Finland in 2017, President Xi published an article in a Finnish newspaper to hail what he called the “enduring friendship” between the two countries. Inviting the state leader of Finland to visit China seemed to be the natural next step for the opening of head-of-state diplomacy spearheaded by the Chinese president for a new year. 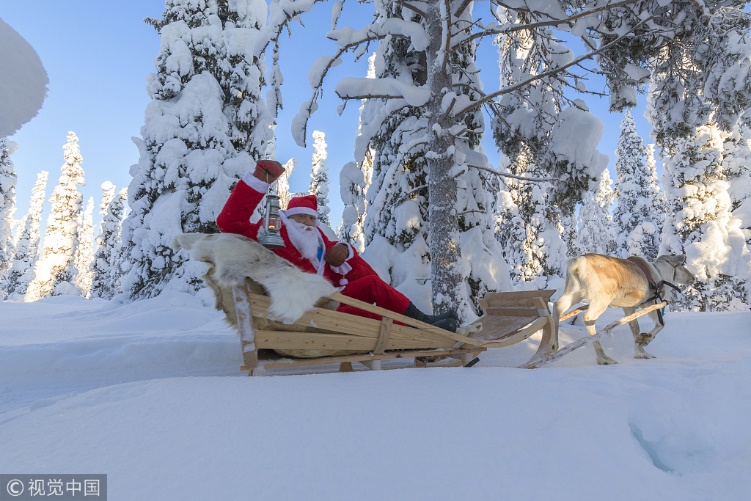 China and Finland are far more than risk-free partners to one another. Actually, they complement one another in so many ways.

China has always been a firm supporter of the European project, as expressed by President Xi in his article published by the Helsinki Times in 2017. President Niinisto, who used to be the vice-chairman of the board of directors at the European Investment Bank, with a good understanding of what an integrated Europe means for his country, has expressed his appreciation for China’s positive attitude in this regard. In an interview with the Xinhua News Agency after the two leaders met in April 2017, the Finnish president said China and the EU have much room for improvement in strengthening cooperation. China's support will not only facilitate bilateral cooperation at all levels, but will also amount to encouragement for EU member states, helping them overcome difficulties and keep moving forward. Niinisto’s remarks are reminiscent of the early 1970s when China sought to restore its rightful seat at the United Nations, and Finland was one of the few Western countries which actively offered backing. Supporting one another through adversity is the key to any long-lasting relationship.

Seventy years ago, China was subject to an economic blockade by Western countries at a time when it was in urgent need of machinery and raw materials for national reconstruction after the founding of the People’s Republic. At that time, Finland offered timely assistance, becoming the first Western country to sign an intergovernmental trade agreement with the new China in 1953. Under this arrangement, two-way trade was settled annually through clearing accounts instead of cash settlement in real time. It laid a solid foundation for the rapid growth in trade between the two countries in the years to come. China has been Finland's largest trading partner in Asia for the past 15 years, and is now the fourth largest globally.

When it comes to economic strength, Finland has comparative advantages in such fields as clean technology, bio-economics, machinery manufacturing, information and communication technology, and health care. It’s also a leading force in innovation. Finland was ranked 7th in the World Intellectual Property Organization’s 2018 Global Innovation Index, excelling in business environment and innovation linkages. As China is currently making every effort to promote innovation and industrial upgrading, the Nordic country has a lot to explore in a vast Chinese market which has ample funds to play with.

Finland is a country where winter can take up more than half of a year, and so has rich experience in hosting winter sports games. In 2017 when President Xi visited Finland, he and his Finnish counterpart decided to designate 2019 as China-Finland Year of Winter Sports, during which over 60 different events are scheduled to be held in both countries and Finnish winter sports professionals have the opportunity to share their know-how with China, the host of the 2022 Winter Olympic Games.

Other areas where China and Finland have been, and will most likely continue to be complementary to and supportive of one another, include education, science, movie making, “Belt and Road” construction, climate change, and Arctic research.

But being complementary to one another in various aspects doesn’t guarantee a long-term relationship. That each party involved has policy consistency and shows understanding, consideration and reliability when faced with challenges is of great significance to building sustainable relations.

With a history of dealing with one another on the basis of mutually beneficial ‘win-win’ cooperation, equality and mutual respect for almost seven decades, China and Finland have set an example for building the relationship between a developing country and a developed country.

It’s exciting to anticipate what might come of the meeting by President Niinisto, head of the home of Santa Clause, the world’s most generous gift deliveryman, with President Xi, the leader of a country which advocates a shared future for mankind, at the beginning of a new year, and how this will shape bilateral relations and accelerate the progress of their development blueprints — China’s 13th Five-Year Plan and Finland’s Vision 2025.

Tu Yun is an editor of China Plus and CRI's former London correspondent.