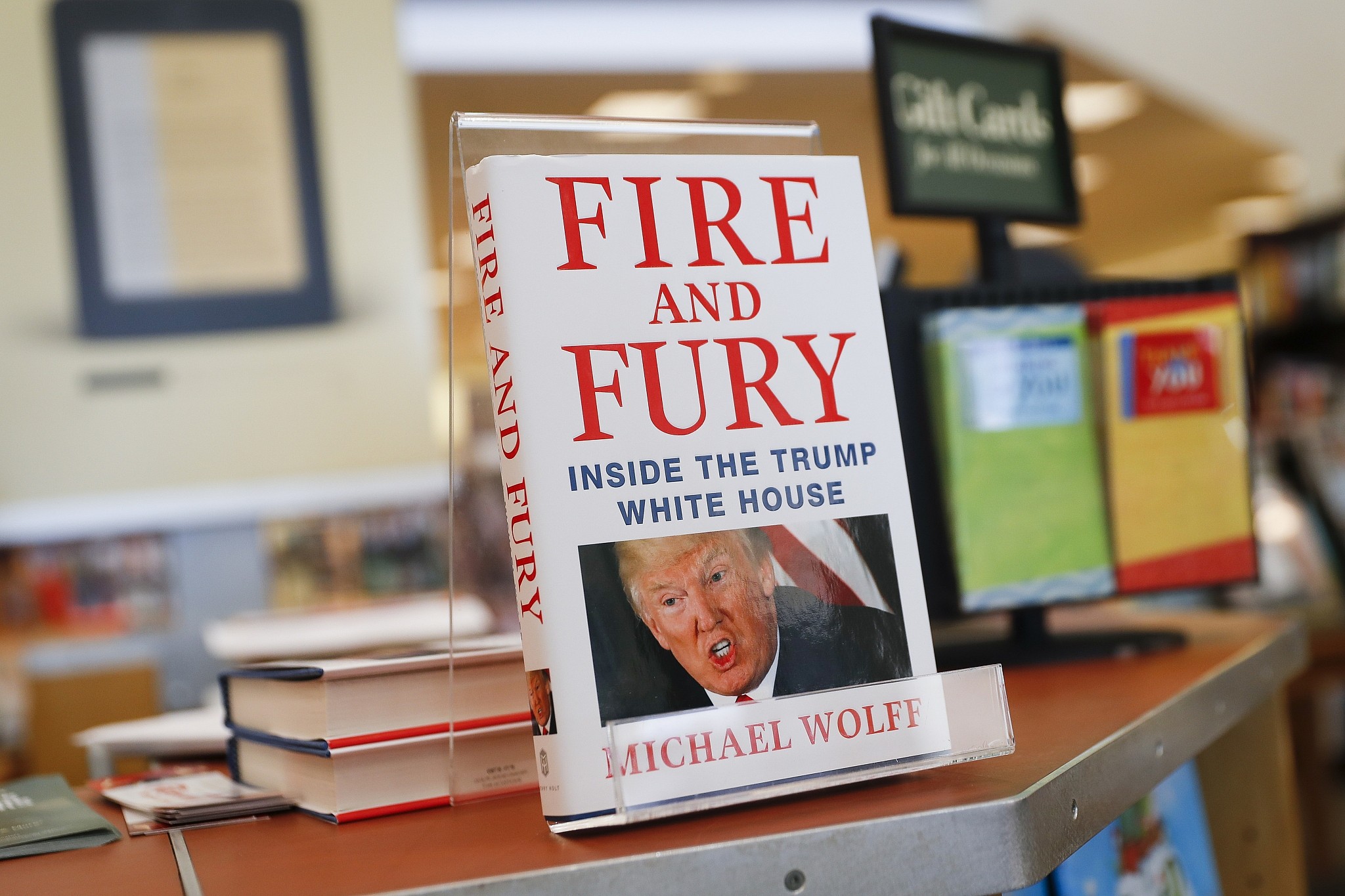 he release of Fire and Fury: Inside the Trump White House, the explosive tell-all book about the West Wing under Donald Trump, has caused a sensation around the world. Though not all the revelations are completely true, they have drawn millions of readers within the US and beyond. The author, Michael Wolff, claims the stories are based on more than 200 interviews and reveal numerous secrets about the president and his messy relationship with his family, close friends and colleagues. It is well known that Trump has an unusual personality. But Wolff has revealed in the new publication that the president is not just weird but clinically insane, trying his utmost to defame Trump by concluding that the billionaire businessman is imbecile or even incapable. Trump is dismissed as an unqualified president who "eats cheeseburgers in bed for dinner while watching three televisions and ranting down the phone to his friends." He has no political ambitions and what's more, has serious mental problems and does not trust anyone including his wife and children, Wolff said. Such allegations have undoubtedly caused a rift between Trump and Wolff. Now that the US mainstream elite have lost all confidence in Trump, the incendiary book is more than ever leading them to question his character and mental fitness. And it will likely have a far-reaching impact on the approval rating of his administration. For instance, Trump is described as a person who keeps repeating and rambling, raising suspicion that he suffers from dementia. The inside stories not only mercilessly smear Trump but also give incisive accounts of his battles with his family and confidants. According to the book, a fight for power has started between Trump and his daughter Ivanka. The First Daughter of the US, embracing wild political ambitions, wants to be the first women president of the US, the book states. The president and his former top strategist Steve Bannon had a bitter breakup after a brotherly friendship. Bannon, once called the "shadow president" of the US, fell out of limelight and was cut down by Trump himself last April. Despite all this, they maintained their friendship, at least in a superficial way. But the book has burnt the apparent brotherhood into ashes and prompted animosity between them. Trump also has a troubled relationship with his Oval Office colleagues. Obsessed with a small-group decision-making mindset, he put military personnel, trusted followers and those with similar values like him in important positions. However, the book talks a lot about his distrust and even disdain for these officials. Wolff has shed little light on Vice President Mike Pence who always stands by Trump in public, lending his relationship with Trump to wide speculation. Fire and Fury has quickly leapt to the bestseller list within a few days of publication, with throngs of readers going to pry into the US president's personal life and office relationship. But it doesn't matter. What matters is its negative influence upon Trump and his government. Trump has already braved counterattacks. His lawyer has sent a cease and desist letter to Wolff and the publisher Henry Holt & Co., which, however, has offered them a chance to push up sales and earn exorbitant profits. Whether they will be sued is yet to be known, but appearing in court with the US president is rather eye-catching in itself. Wolff has also exposed Trump's "collusion" with Russia, but it is expected to have limited impact on him. Special Counsel Robert Mueller has so far failed to find any bona fide proof of Trump's involvement. The ramped-up politicization of the incident mainly derives from Washington's vehement political struggle. Trump's enemies are seeking to gain advantage in mid-term elections.Although the new book is unlikely to disclose such inside stories that can really cause legal harm to Trump, it is actually taking a political toll, which is now irreversible. The author made a proper use of Trump's weakness, so the book sells well despite many made-up stories. It is because of Trump's small-group decision-making habit and strong personality that it has triggered curiosity about him among the public. If he can make decisions in a more open and regular way, how would these inside stories come about? They would probably become a tale of a tub with nobody to pay heed.