OPINIONS Fire tragedy must not be annual event

Fire tragedy must not be annual event 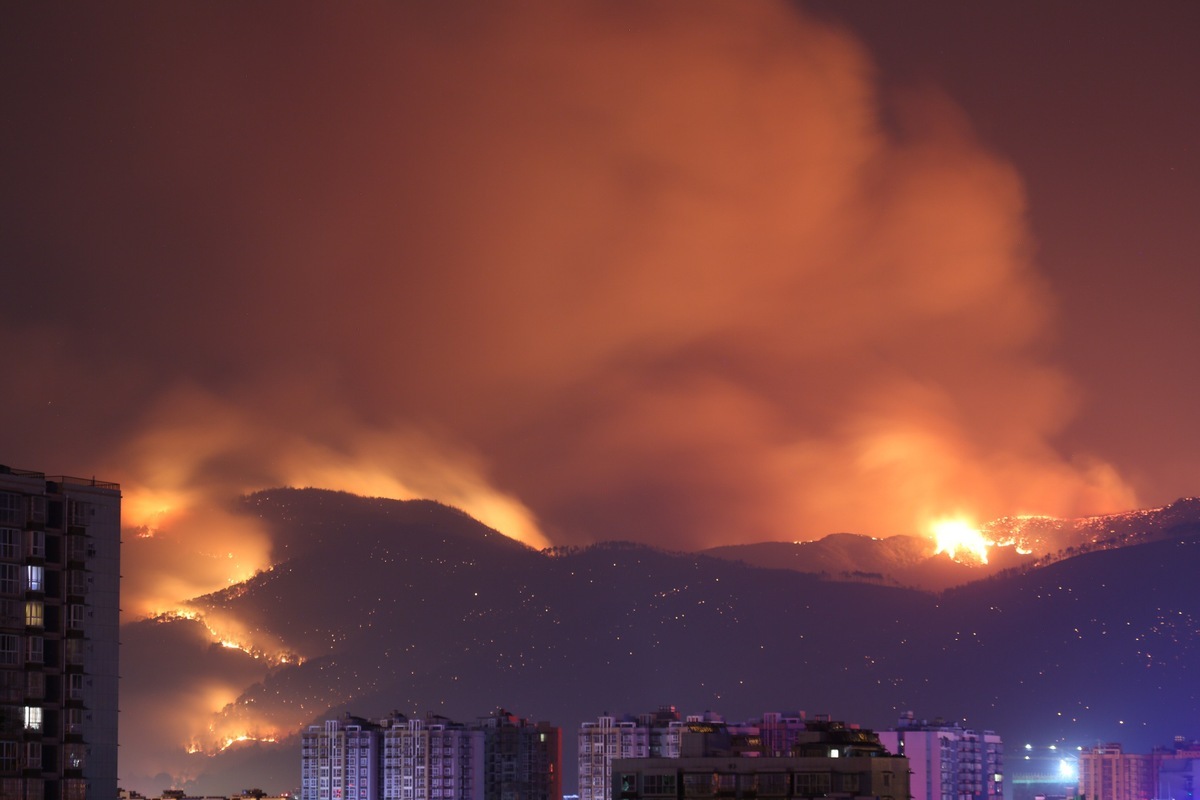 One year ago to the day, 31 people lost their lives in a desperate attempt to put out a rapidly spreading wild fire in Muli county, Liangshan Yi autonomous prefecture in Southwest China's Sichuan province.

Just last Friday, the local authorities held a commemoration to mourn them. It is a bitter coincidence, therefore, that 19 firefighters died on Tuesday in the same county while trying to control a forest fire.

Our deepest condolences go to their bereaved families, as we hope for the safe return of those still on the front lines risking their lives to control the devastating fires. But beyond that, we hope this is the last time there is a repeat of such a tragedy.

There may be plenty of reasons to exonerate those charged with security concerns like these. This is a season of high fire risks in the area, with the weather being dry and windy.

The local authorities reacted swiftly in response to the fires, coordinating the deployment of resources. Firefighters were dispatched from across the province, residents in risk areas evacuated, and traffic controls imposed. And fire control measures have reportedly been carried out in accordance with set plans.

As always, the strong and unpredictable winds and complex topography of the mountains significantly added to the difficulty of firefighting operations.

But the fact that so many lives have been lost in strikingly similar circumstances is not only unacceptable, but must, at the same time, prompt changes. Simply blaming it on nature's ruthlessness is convenient, but also irresponsible.

That such a heavy price was paid in a matter of months shows the lessons from last year were not well learned. Aside from the attention paid to the timeliness and forcefulness of emergency responses, competent authorities must also examine the way such disasters are approached and adjust their preparedness accordingly.

President Xi Jinping has urged governments to draw the lessons from the incident and take all preemptive measures to protect people's lives and properties.

For one thing, in the latest reports about the fires, there are mentions of firebreaks being broken through in strong winds that frequently change direction. Does that not suggest the design of the firebreaks needs to be improved? And considering the frequency of wild fires in the region, are there feasible and cost-effective methods that can facilitate early detection so that fires can be dealt with before they evolve into sizable threats?

It would be utterly unacceptable if a similar tragedy occurs a third time. Even kids are only warned twice for wrong behavior, the third time they are punished.