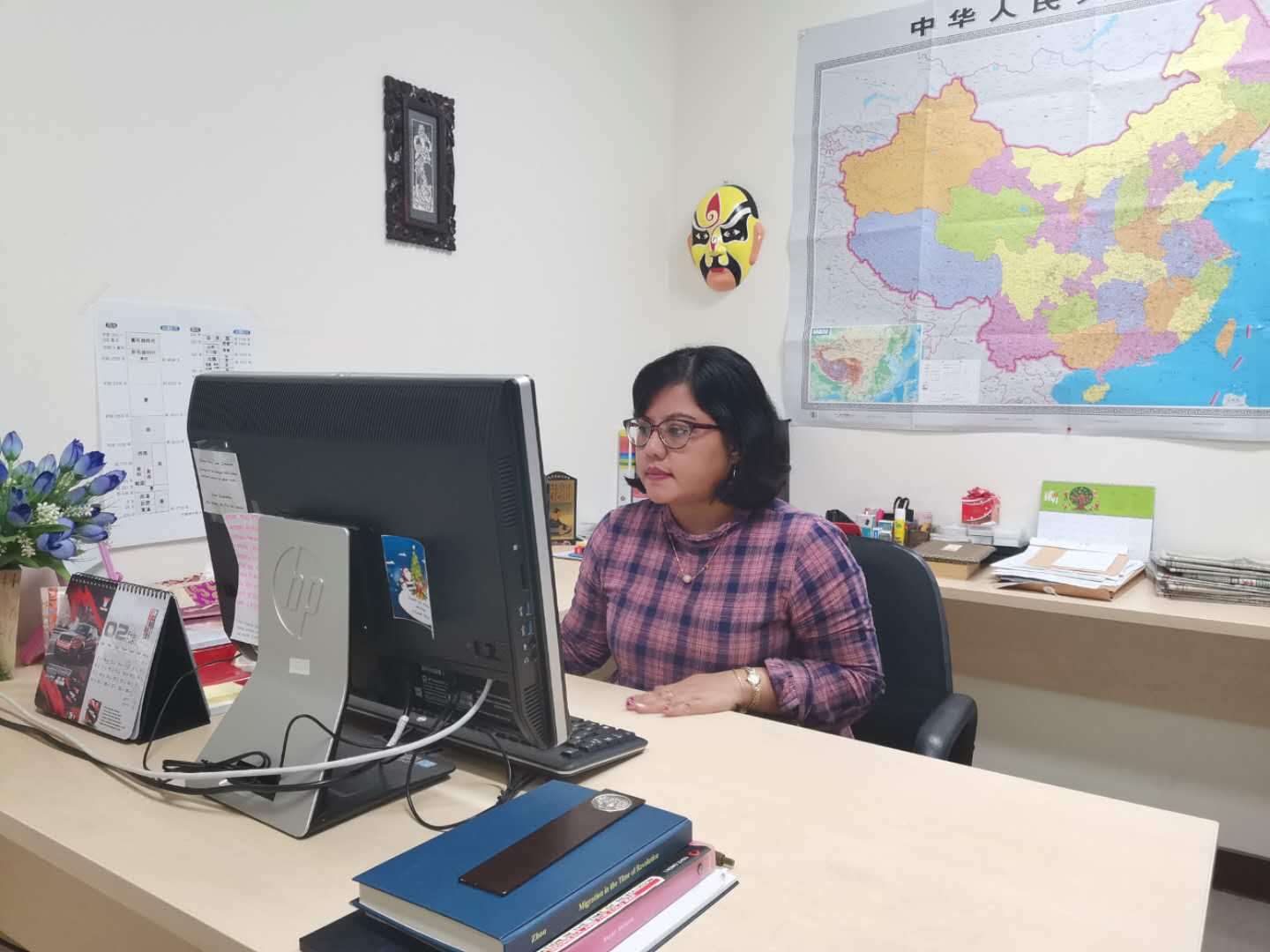 For two months in early 2020, China had taken very strong and effective measures to curb the spread of Covid-19. China's efforts in fighting the contagious disease through a number of policies that have been acknowledged by the World Health Organization (WHO) as appropriate.

Its efficiency has inspired the world. The Chinese government sets a number of policies based on science and by paying close attention to the objective circumstances that change dynamically. The policies are then carried out with an admirable strict discipline by the entire stakeholders within the Chinese society.

Although not all countries are fully aware of the pandemic problems, some practices in China, such as restricting traffic in the most affected provinces and cities, have been noted and followed by some countries. Some measures are worth implementing in other countries, by modifying them in order to fit the objective situation in those countries. There are some lessons that can be drawn from how the Chinese government responded to the COVID-19 crisis.

The first lesson is that China relies on science in overcoming the pandemic. By using the scientific approach, the Chinese government was able to obtain correct and useful data of the virus. The Chinese government quickly found out the original root cause of the COVID-19, and then quickly formulated policies on how to prevent its spread. The government then subsequently established a control mechanism so that patients’ diagnosed positive could recover, and the virus did not spread as widely.

One good example would be the establishment of two specialized hospitals for COVID-19 patients within six days. The determination of the Chinese government could also be seen from the implementation of very strict government sanctions for those who deliberately obstructed the distribution of health masks. This seems simple, but can have a very serious impact on the Chinese government ability to deal with the COVID-19 if it is ignored.

The second lesson is that during the COVID-19 crisis, the Chinese government insisted on the prevention and control aspect. Pandemic outbreaks are often followed by social and market chaos. Panic buying might result in the skyrocketing of prices and shortages of supply, making it harder to control the epidemic. China’s experience has shown that policies will bring better results in a condition that those policies are supported by a highly disciplined administration system.

The Chinese government was very determined to prevent chaos from occurring by, for example, issuing strict orders and regulations that prohibited businesses from raising the price of daily necessities and severely penalizing violators.

The government adopted strict measures to restrict population movements during those two months in early 2020, such as suspending passenger flow of land, sea and transportation entering to Wuhan.

The third lesson is that while political command and social control are placed as the top priority, the Chinese government is also trying hard to maintain China’s economic stability during the COVID-19 crisis.  Even when the epidemic reached its peak, the government kept the transportation of anti-pandemic COVID-19 materials and other necessities going. It also quickly cancelled checkpoints promptly as the epidemic began to recede.

In addition, the government also applied measures to ensure the constant supply of public needs. Some provinces, such as Shandong, that were not too much affected by the epidemic, donated a variety of foods, including vegetables, to the provinces that were most affected.

These steps have proven to be effective in maintaining Chinese market stability as prices remained stable and reasonable and supply had not been disrupted. The experience of the Chinese government had shown that the people’s basic needs during the isolation period must be met in order for the people to willingly cooperate with the government, stay and isolate themselves at home.

This eventually created a relatively stable environment so that the Chinese government could be laser focusing in their efforts to fight the COVID-19 crisis in the enormous country.

The government also took some financial measures, including encouraging rent-free office and shops, as well providing financial assistance to businesses during the extremely difficult period.  The government had also suggested that migrant workers to be returned to factories through charter flights, trains and cars in order to avoid more severe damage in the production process and to protect workers from possible infection.

All these measures had created conditions for the continuous production of the Chinese industrial machinery. According to reports, by mid-March (just a month after Covid-19 pandemic began spreading), large enterprises in almost all provinces and cities, except Hubei, had been back to work. Shipments from the manufacturing sector had also gradually returned to normal.

Controlling the spread of the epidemic is the most important task, however maintaining normal economic activities are also needed. If the economic activities are not being protected well, those anti- pandemic COVID-19 efforts will be undermined. In other words, learning from the Chinese experience, without maintaining a functioning economy, it will be difficult to maintain socio-political stability during and after the pandemic outbreaks without maintaining a functioning economy.

The fourth lesson can be derived from the so-called ‘one-to-one assistance mechanism’.  When epidemics spread, efforts to prevent and control the outbreaks require everyone’s participation, consumes a lot of manpower and huge financial resources.

Considering that China has a very wide mainland that houses extremely big population, the Government set up ‘one-to-one assistance mechanism’. China has a population of approximately 1.4 billion people that live in 31 provinces and municipalities. Each of those provinces has about 20 to 30 big cities.

During the COVID-19, the central government formulated a ‘one-to-one assistance mechanism’ in that one province should assist another province by helping a city within the affected province. Under this mechanism, an affected city can get a lot of provincial-level resource assistance. This mechanism works in many aspects of development.

For many years, China has been implementing this mechanism for poverty reduction. A richer or more developed province or municipality (located in the Southeast region) is designated to help poorer and less developed cities or counties, which are located in the North and Southwest of China. This policy is progressing well and the Chinese government plans to achieve the goal of eradicating poverty by the end of 2020. This mechanism was also implemented during the reconstruction of Sichuan following the big earthquake in 2008.

The Chinese government applied this mechanism to Hubei Province, the epicenter of the outbreak of COVID-19. Shortly after the outbreak, the Central government designated 16 less affected provinces to assist cities in the Hubei Province by ‘one-on-one’ mechanism. For example, Shandong and Hunan provinces were tasked to assist and help Huanggang city (a city located in Hubei Province). This assisting process was also conducted for other cities in the Hubei Province, such as Xiaogan city. Medical team and equipment of the Jiangsu, Hei Longjiang, and Chongqing Provinces were sent to help the Xiaogan city that also received assistance in the economic and social sector, including the basic needs of the people in the city.

Through this arrangement, these cities have obtained a large amount of medical resources, including personnel, and difficulties have been greatly eased. The ‘one-to-one assisting mechanism’ has played an important role in enabling the Chinese government to successfully deal with the COVID-19.

The fifth is the hard work culture of the Chinese people. Strong cohesiveness that characterized the Chinese social system coupled with the culture of hard work are also an important variable in the successful handling of the Covid-19 outbreaks in China.

The admirable level of obedience of the Chinese society in responding to the government's instructions not to leave the house and minimizing activities outside of their home also gave an important contribution in the rapid handling of the outbreaks.

Without such a high level of obedience, the outbreak might have been much worse for China. The strong cohesiveness of the Chinese society also displayed by the architects and workers who build new hospitals for the Covid-19 patients. Architects and laborers did a very hard work in realizing the construction of large new hospitals in no time.

The views and opinions expressed in this article are those of the author and do not reflect the policy or position of the People's Daily.