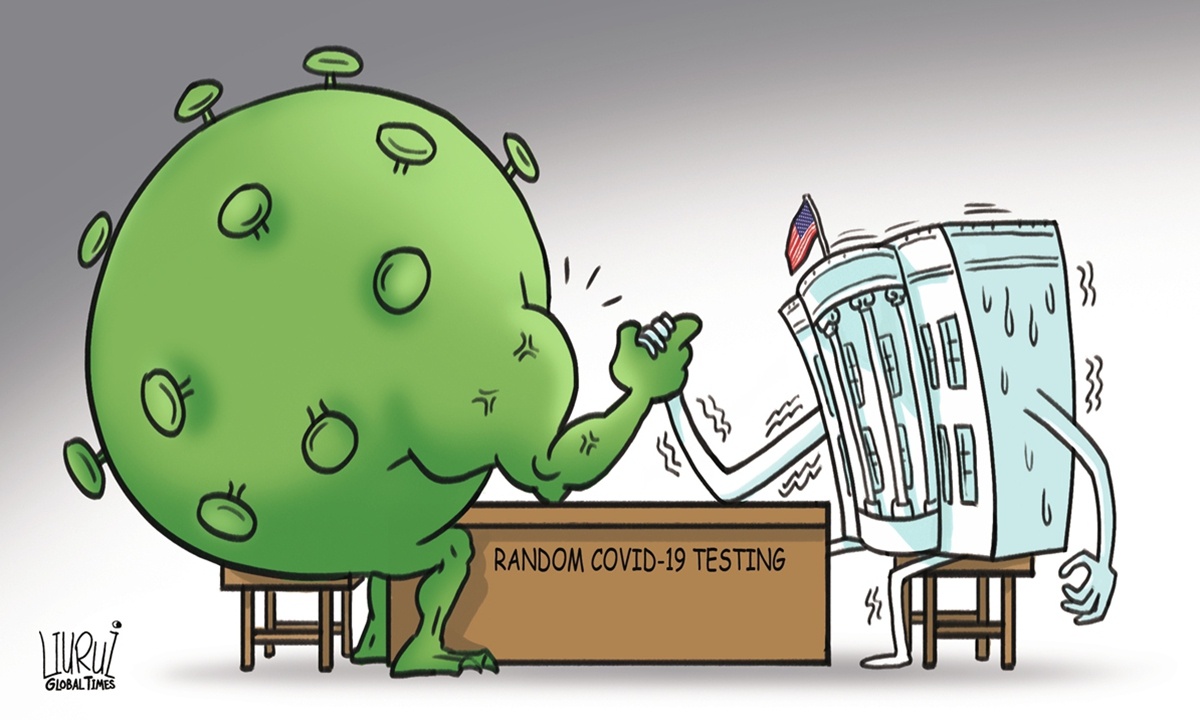 The COVID-19 death toll in the US is expected to exceed 200,000 on Monday, US time. This is tragic. It's more unfortunate that until now, the Trump administration doesn't think it has made blunders and deficiencies in their anti-epidemic work.

The White House has refused to reflect, make adjustments or remedies. It says the death toll might have topped 3 million if it were not for its excellent work.

In addition, the Trump administration's biggest strategy to deal with the epidemic is to pass the buck to China, and to make people believe the disaster in the US was caused by China.

To be fair, the Trump administration had done something to fight the epidemic. President Donald Trump was the first leader among major powers to suspend global travel. His decision was made out of boldness, but it's the easiest thing for the US to do. In general, the US has made several mistakes that so far have led to the death of around 200,000 people, and led to great uncertainty.

First, it took a very long time for the Trump administration and the US society to reach a consensus on the severity of the COVID-19 epidemic.

From the president to celebrities, they had downplayed the threat of the coronavirus for a long period of time in the early days of the epidemic. The diversity in US public opinion diluted the authority of experts like Dr Anthony Fauci.

In contrast, the warning sent by Chinese epidemiologist Zhong Nanshan in a TV interview on January 20 led the Chinese society to quickly reach a consensus on the coronavirus. But the voices of US experts have often been overwhelmed.

Second, in the face of the urgency to fight the epidemic and the importance of protecting the economy, US leaders and many ordinary Americans tend to prioritize the latter. Their interaction is so powerful that they have overwhelmed more rational voices. As a result, the US has failed to mobilize its population in the epidemic fight.

Third, the scientific spirit has been discarded. Wearing masks is an epidemic prevention measure proven effective in East Asian countries and regions such as China. The measure is cheap and easy to promote, but many Americans, including the US president, refused to do so. The lack of a defense from wearing masks has exacerbated the spread of the deadly virus, killing many people who could have survived by wearing a mask.

Fourth, combating the epidemic is equivalent to fighting a war. But it's obvious the US lacks a complete strategy in its epidemic fight, nor has it formed effective high-level command and nationwide joint actions. The anti-epidemic work has been muddled by politics.

Every country has its own systemic weakness. Compared to the first three mistakes that could be influenced and avoided by the leaders' decisions, the fourth blunder is more like an inherent problem.

Fifth, the US ability to correct errors has been paralyzed, which shows that the ability of American society to correct errors has declined. The US has gone wrong in the epidemic fight, but is unable to adjust. Various political forces cannot unify to confront the deadly virus. The first thing they are concerned with is how to relieve themselves of responsibility, and get their rivals into trouble.

In any case, 200,000 deaths are a shame to the US - the most medically advanced and most powerful nation in the world. It's particularly humiliating to the US ruling and other elites capable of managing resources, and it's a stain on the US political system.

Among the 200,000 people who have died, most are poor and African Americans. Two calculations are apparently behind the Trump administration's adherence to the current anti-epidemic route: First, because of having no savings and the importance of work for them, the poor are more eager to break the social lockdown orders than the rich. Second, the dead will be unable to vote.

How many people in the US will have to die in the end? This is not the most important question for US politics. The two parties in the US care more about how to depict and define the losses, how to convince the voters to believe their interpretations.

As strong as the US is, it's not a country that serves its people heart and soul. That's why the coronavirus is so ravaging in the world's most developed country.