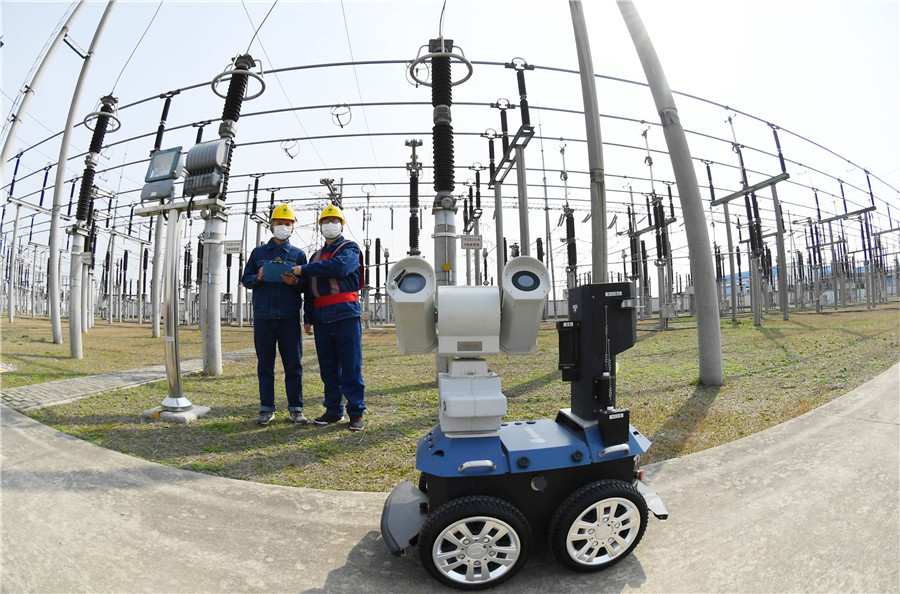 China has taken a series of measures to control the novel coronavirus epidemic so that the overall economy is unlikely to see severe disruption.

To evaluate the economic impact of the epidemic, various scenarios depend on how long it will take to curb its spread. If it can be controlled in the first quarter, the main impact will be on consumption, particularly catering, accommodation, entertainment, tourism and transportation, and on production in sectors such as manufacturing, construction and agriculture.

A worse scenario is that infections cannot be efficiently curbed and extend beyond March. Then the impact will be on long-term productivity. Many enterprises will not be able to implement orders, or fail to pay wages, especially those with fragile cash flows. If businesses can't afford to make payroll, they may go bankrupt. This would deeply hurt the economy.

The key is to shorten the time taken to contain the virus in order to avoid extending the unexpected short-term shock into a medium to long-term disruption. To "basically control the epidemic" doesn't mean the end of the epidemic, but an easing of its fast spread leading to a more stable situation.

Recently, the growth of both confirmed and suspected cases of the disease has shown a turning point, with stable declines in daily-reported cases. This may indicate that the epidemic mainly leads to short-term impact on consumption and production and may be far from severely impacting the economy.

Resuming production should be seen as a return to economic normalcy and a sign that the novel coronavirus epidemic is under control. How to balance resumption or production with epidemic control efforts will depend on the governance capability of different regions.

There are still uncertainties in achieving epidemic control targets. As migrant workers return to their jobs, whether the epidemic will rebound or not is still unknown. Currently, local governments are facing a dilemma－controlling the epidemic while promoting production resumption at the same time. Neither task should be delayed or neglected.

It is always easier to say than to do. Differences between epidemic areas and unaffected regions, cities with large numbers of migrant workers and other places, the service sector and the industrial sector, and online and offline service businesses－are quite obvious. The key is to follow the central authorities' policies and guidance to use specific measures depending on various situations in different areas.

As actual situations are quite different across areas, policies should be diversified. But the effect of policies can be evaluated using the same standards, which is to resume production and economic activity while also controlling the epidemic.

Excessive epidemic prevention and control measures will squeeze space for policies meant to support economic growth. Meanwhile, a resurgence of the epidemic will have a greater impact on the economy. How to balance the two sides will be a test of governance efficiency－not only in the most severely hit Hubei province, but also in other areas.

But opportunities will emerge amid the outbreak if China can stick to structural reforms, and any opportunities should be recognized and seized.

One circumstance should be avoided－launching excessive stimulus measures via macroeconomic policy. After the virus broke out, governments at all levels have already ramped up policies to reduce financing costs of enterprises and ease their debt burden. That is absolutely necessary to stabilize expectations.

But there is concern that the easing policy may lead to more aggressive stimulus action, which cannot really solve the problems that China faces at the moment. Overly strong stimulus measures will cause unwanted side effects for the economy. So if we can generally control the epidemic within a short term, monetary and fiscal policies should be limited within a "targeted" range. Macroeconomic policies should focus on bringing about stability.

Thus, five suggestions that I raise here may be helpful in promoting structural economic reforms, while taking advantages of opportunities amid the outbreak.

To some extent, viral outbreaks can help improve the public health governance system. China experienced the severe acute respiratory syndrome in 2002-03. This time around the novel coronavirus was recognized at an earlier stage, with earlier warning and quarantine measures taken. Similarly, we should study whether there are shortcomings or loopholes in other governance systems.

A prominent problem reflected in the epidemic situation is that supply capacity in the public health sector is insufficient. My first suggestion is that in the future, the government's financial investment should focus on improving people's livelihoods, especially in the field of public health.

When the epidemic is contained, some sectors may see a fast rebound, so the second suggestion is to release reform measures that can promote growth potential. The government can promote free flow of productive factors－land, labor and capital. Some key reform areas are: promoting reform of the rural collective land system; speeding up construction of infrastructure in both small towns and big cities, and lowering the market access threshold in oil and gas, electricity, railway, communications and finance sectors.

China can also plan more forward-looking measures of opening-up, and extend the opening-up via free trade zones in more areas. The growth potential promoted by such reform and opening-up measures will be much greater than the demand driven by simple stimulus policies, and they will be more sustainable and effective. It can not only fill the demand gap caused by the epidemic, but also provide long-term growth momentum.

The third suggestion is to turn some short-term supportive policies for small and medium-sized enterprises to long-term measures, such as tax cuts and the exemption or reduction of social security fees. Amid the epidemic, SMEs have shown their importance to the overall economy, as well as their fragility.

My fourth suggestion is that some new business models, such as online entertainment, online education and online meetings, can be encouraged after the epidemic, which will promote new working and living styles.

The novel coronavirus epidemic is having a major impact on global industry chains, which could be seen as a stress test. According to German experts, the average daily revenue of German automobile companies in China is 600 million euros ($676 million), with profit of 60 million euros. Due to the impact of the epidemic, this turns into a loss of 72 million euros every day.

The case has indicated that the impact on public health and global industry chains will put everybody in the same boat. So the fifth suggestion is, we should take this opportunity to enhance the consensus of the international community to safeguard and promote globalization, strengthen international cooperation and jointly promote economic development.