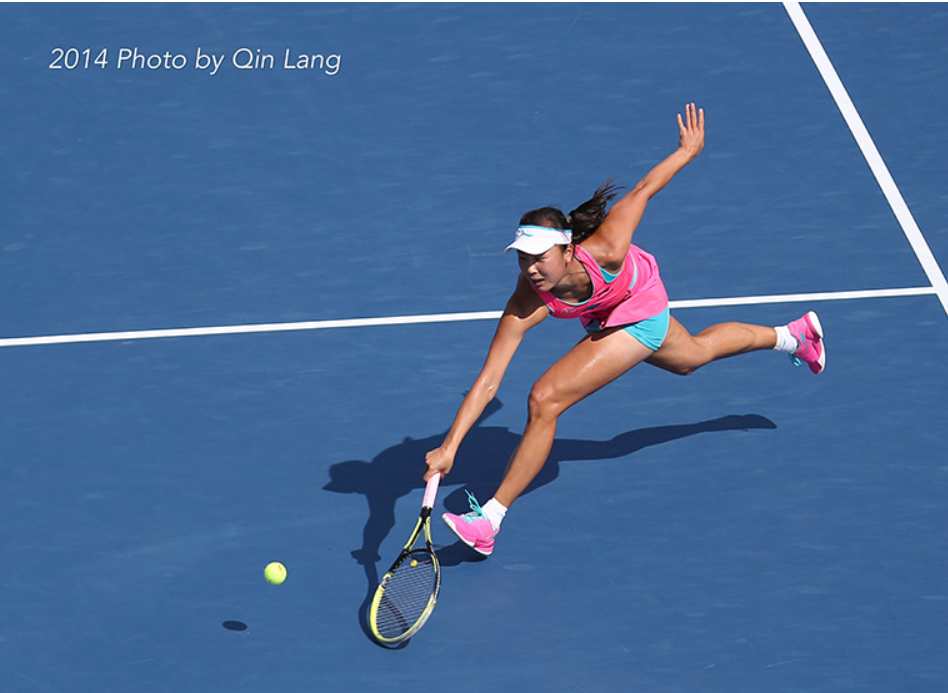 New York (Xinhua) -- The suspended six-month ban handed down to China's star tennis player Peng Shuai, which is keeping her out of the ongoing US Open, is a grim piece of news on the surface.

Although the specifics of the case have not been made clear to us by the Tennis Integrity Unit, it is important to avoid fixating on this particular incident. Instead, observers should take a look at the far more important and consequential question of how the health of Chinese tennis can be secured in the long run.

It is not fair to expect just a handful of players to shoulder the entire burden of securing the future of Chinese tennis. Even the best players have difficult runs of bad form. Injuries happen that can cause talented players to lose entire seasons on the court. We must take a wider view at the overall issues at play here.

Tennis, perhaps more so than any other sport, requires talent to be identified and fostered at a very early age. Without coaches with a discerning eye to pick out talented prodigies, without facilities for training youngsters, and without the funding to make sure that these programs will be healthy and viable for the long haul, there will be big problems ahead for Chinese tennis. These will make a six-month ban for a single player seem diminutive by comparison.

In the United States, the country which has produced two of the greatest female singles players in history in the Williams sisters, scholarships exist for youngsters who have serious tennis talent to spend summers and weekends at some of the top training facilities in the world. Once players reach the age to start playing in the Juniors, funds are available to make sure they are able to travel and train as they make their way around the circuit. Tennis in the States is about more than just everyone loving the Williams sisters and cheering them on when they play. It is backed up with a commitment fostering long-term tennis talent.

To translate this success to the Chinese context, both the private and public sectors must work together to raise the funds, build the facilities, and start identifying the talent to make tennis in China a long-term success. There is especially urgent work that must be done to identify promising male players, where China's gap with the rest of the world is particularly acute.

When China's Peng Shuai picked up a tennis racket for the first time, there was behind her a coach who knew she had the talent to go the distance, and a family willing to let her put in the time to make a success of her career. She knew there would be setbacks, challenges, and triumphs along the way. Her incredible story should serve as an example of what is possible for the future of tennis in China if the resources are made available for the sport to thrive. Enditem