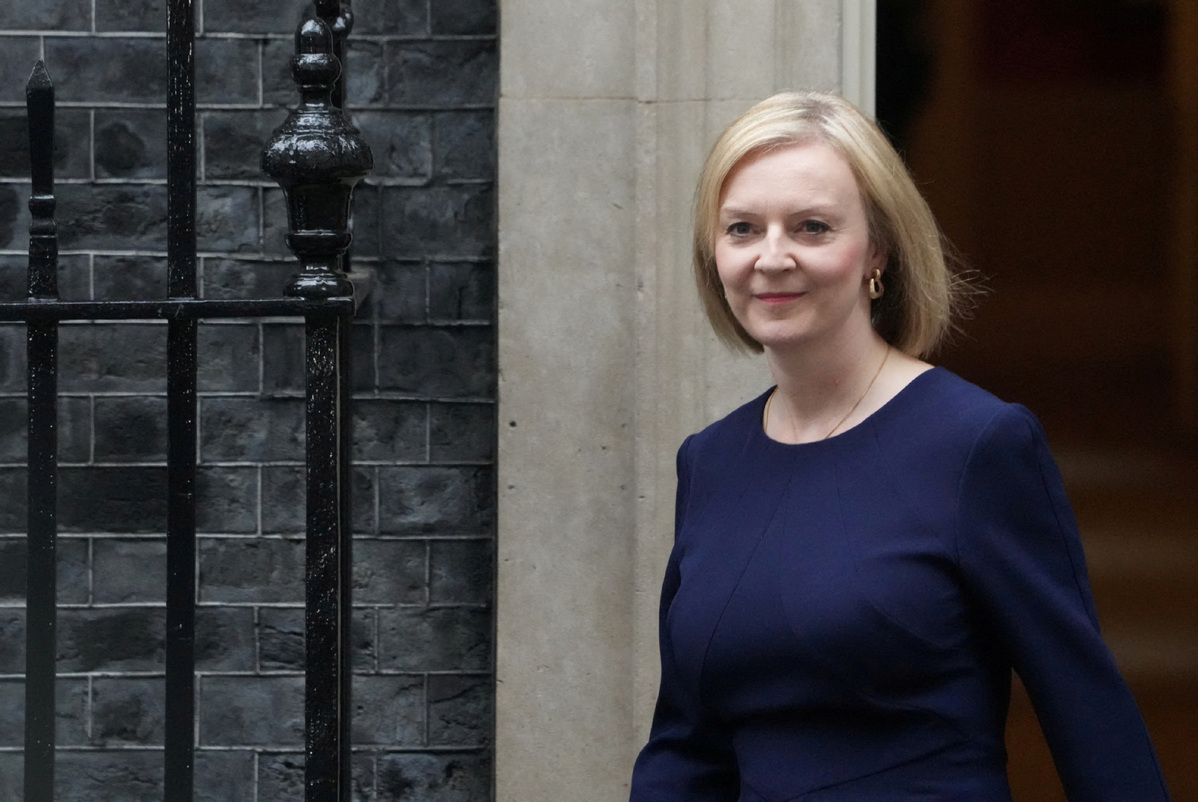 Although she has only been in office for less than two months, UK Prime Minister Liz Truss is already mired in a trust crisis. Instead of seeing her as a new "Iron Lady", the people in the United Kingdom have witnessed a bumbling caricature that evokes Mr Bean more than Margaret Thatcher.

Always calling for changes without saying how, Truss has left the UK government, including her Cabinet, in the dark on what exactly her remedies are to the country's many tribulations. That's why even many of her Conservative Party colleagues are urging her quick resignation, something many senior Tories believe is the best thing she can do to "rescue" the party, if not the country.

Senior Conservatives were reportedly planning to hold talks on a "rescue mission" on Monday that would see the swift removal of Truss as leader, after Jeremy Hunt, the new chancellor of the exchequer, "dramatically" tore up her economic package.

Apparently, Truss' sacrificial ousting of Kwasi Kwarteng from the post of chancellor of the exchequer has failed to appease her critics and her time in office seems to be coming to a swift and ignominious end.

It is no secret that many senior MPs want her to resign "within days". Some publicly called on Truss to stand down after the implosion of her tax-cutting program earlier this month.

The latest poll results showed that the Labour Party, with an approval rate of 52 percent, is well ahead of the Conservatives at 22 percent, and 53 percent of respondents said Truss should resign and 73 percent said her image is negative.

Yet having recently ousted former prime minister Boris Johnson after scandals, the Conservative Party is still struggling to coalesce around a move against Truss, which might offer a life line to keep her afloat for a while.

But it is hard to see how she can survive as the leader of the country. Truss herself is probably aware that she has been caught out of her depth and her departure from office is only a question of how soon unless she can come up with something in quick order that gets her to the safety of the public opinion shallows.

Some party moderates have suggested that she may survive the crisis if she survives this week, as it is already public knowledge that it will not be easy for the country to overcome its current economic challenges no matter who's the leader.

But with the Brexit eggs beginning to hatch, the economic situation in the country looks set to worsen and the de facto state of anarchy that the UK now finds itself in will only become more pronounced the longer there is a vacuum of leadership.

Truss intended to arrest her sinking political fortunes by firing Kwarteng. But it now seems that the move has only served to accelerate her own exit from Downing Street.