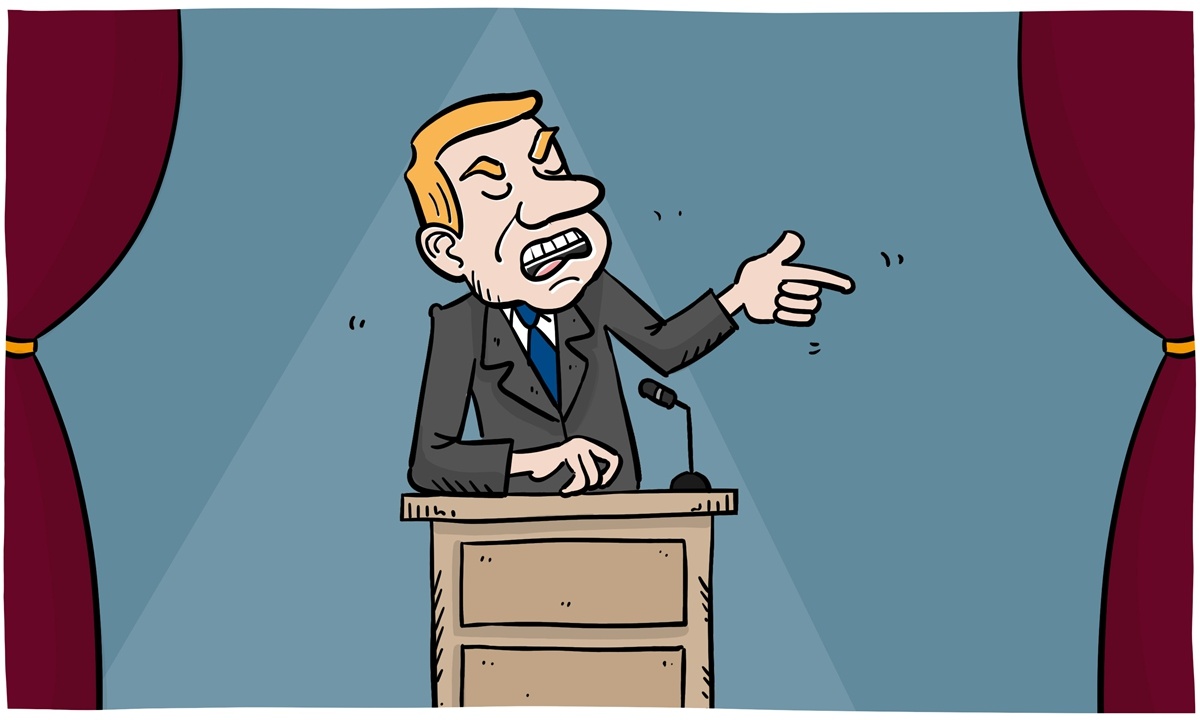 US Republican governor of Florida, Ron DeSantis, signed two bills on Monday reportedly targeting China for its so-called "influence" on the state's education systems and to tackle so-called commercial espionage.

While the "decoupling China" theory continues to cloud US politician groups, the newly signed bills in Florida is just the latest example of the anti-China sentiment. Regardless as to whether there is any evidence, some paranoid American politicians now tend to believe that all kinds of engagement put them at risk of being influenced by China, especially in Republican-governed states.

The trend, regrettably, may keep expanding from federal to local governments, from economic sectors to educational institutions. Using the baseless catch-all guise of national security risk, some politicians have been promoting the decoupling agenda to serve their own political interests, while undermining the normal exchange and cooperation of related industries and sectors.

In fact, China and the US are two major countries that share broad-based common interests in upholding world peace and stability and promoting world economic recovery and development. As the world's two largest economies, China and the US have developed a mutually beneficial economic and trade ties with deeply integrated industrial, supply and service chains.

Florida itself has been one of the US states enjoying preference from Chinese students and tourists. For instance, the University of Florida received 984 freshmen applications from China and admitted 246 in 2019-2020, following with India, which ranked second with 71 applications and 28 admits.

Though currently the bills mainly reflect local government's intention and may have yet to cause any tangible fallout in schools, undermining ties between China and the US will lead to losses for American educational institutions, and objections will be eventually be raised.

But indulging in a cold-war mindset and believing that China is the only one benefiting from the mutually beneficial ties, some US politicians are now trying to build a wall between the two sides.

It is highly likely that there is personal political calculation behind these "decoupling China" moves. It is not the first time for DeSantis, seen as a future Republican presidential contender, to make anti-China remarks. By echoing the previous US President Donald Trump's claims, he could lure some supports from Trump's fans.

From an objective point of view, wrestling and conflict between China and the US may hardly to be addressed in the short term. With the US' general attitude toward China witnessed drastic change during Trump era, the trend of certain US politicians intending to promote a decoupling between the two sides may continue in various areas.

So far, the impact from China-US tussles has mainly been within the bilateral relationship. However, if the confrontational scenario intensifies, more negative fallout will spill over into other countries and regions in the future.

The article was compiled based on an interview with Liu Weidong, a research fellow at the Institute of American Studies at the Chinese Academy of Social Sciences.