Flower rooted in the Chinese heart 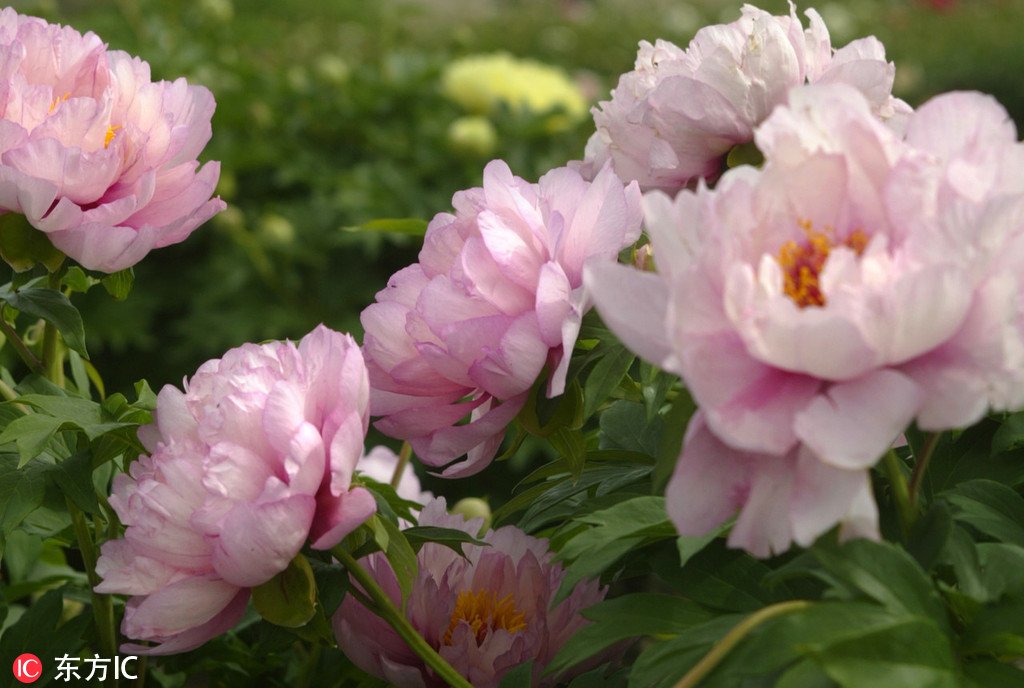 The China Flower Association is inviting people to answer the question on its website asking whether they agree to it recommending the peony as the national flower. China Daily writer Zhang Zhouxiang comments:

"Isn't the peony the national flower already?" has been a common response.

That reflects how deeply peony culture is rooted in Chinese people's hearts. For a long time, the peony has been considered a symbol of spring and female beauty, and because of its large petals and strong colors it is associated with prosperity and abundance.

The peony has a long history in China. It is first mentioned in the written records of the Qin Dynasty (221-207 BC). In the Tang Dynasty (618-907), hundreds of poems about the flower emerged, many of them still popular today.

Nowadays, it can be seen at almost every grand ceremony. Ten national banner holders appeared at the 2008 Beijing Olympics opening ceremony, wearing red and yellow costumes that were dyed with coloring matter extracted from peony flowers.

Moreover, peonies are more than just auspicious symbols. As CFA details on its official website, peonies have quite high ecological, economic, and social benefits. The plants have long been used in traditional Chinese medicine to lower blood pressure. Its planting, cultivation and sales have formed a value chain in which every link can benefit.

In Luoyang in Central China's Henan province, which is famous for its peony cultivation, the local peony industry was valued at 24 billion yuan ($3.48 billion) by the end of 2016. There are several other cities that flourish by cultivating peony flowers and selling them.

It is all these cultural, medical and economic contributions that root the peony deeply in Chinese culture. The CFA said that over 100 countries of the world have their national flowers, so they recommend listing the peony as China's national flower.

Actually, with the honor from the public, the title of "national flower" is no longer important for peony. With or without the title, it is recognized as the national flower in the hearts of the people.