OPINIONS Flynn could prove to be key asset in Mueller's U.S. campaign probe

Flynn could prove to be key asset in Mueller's U.S. campaign probe 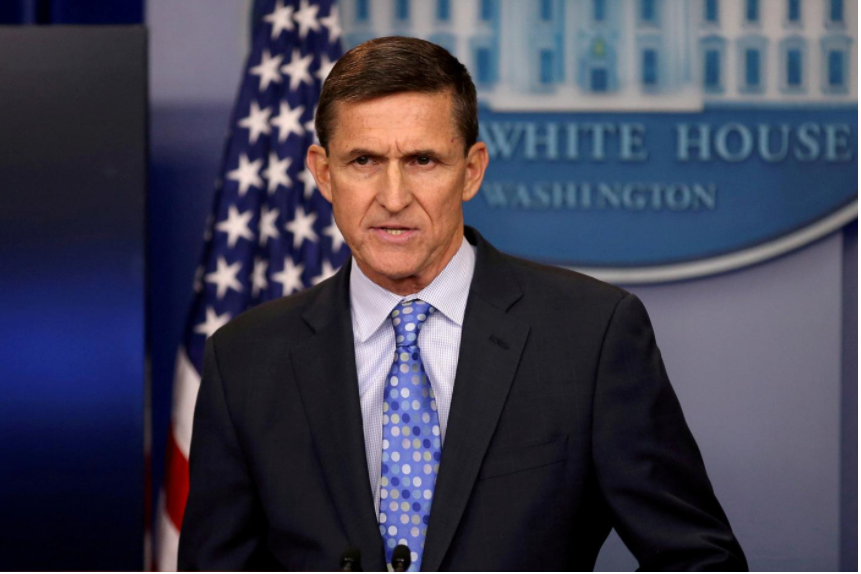 Flynn’s lawyer, Robert Kelner, called John Dowd, Trump’s private lawyer, on Wednesday to say the matter had reached a point where the two could no longer could discuss it, two people familiar with the call told Reuters on Friday.

The New York Times first reported that the two sets of lawyers had stopped communicating.

Flynn, a retired Army general, is a central figure in a federal investigation led by Special Counsel Robert Mueller into whether Trump aides colluded with alleged Russian efforts to boost his 2016 presidential campaign.

It was not clear whether Kelner made the call because he had negotiated a plea agreement with Mueller for Flynn to cooperate in the probe, or because Flynn had decided to engage with Mueller, said two other sources.

“No one should draw the conclusion that this means anything about General Flynn cooperating against the president,” Jay Sekulow, another attorney for Trump, said on Thursday.

The cooperation of Flynn, who was a top campaign adviser before becoming Trump’s national security adviser in the White House, would be a major asset in Mueller’s investigation.

In March, as he unsuccessfully sought immunity for his client to testify to House and Senate investigations into the issue, Kelner said, “Mr. Flynn certainly has a story to tell, and he certainly wants to tell it, should the circumstances permit.”

Two sources familiar with Mueller’s investigation said Flynn may be able to provide insight into three major areas of inquiry.

These are: any collusion between the Trump campaign and Russia in the 2016 campaign; money laundering and other possible financial crimes by Trump aides; and whether Trump sought to obstruct justice when he fired former FBI Director James Comey in May, as Comey was probing the Trump campaign’s dealings with Russia.

Russia has denied interfering in the election. Trump has repeatedly denied any collusion with Russia by his campaign and has called the inquiry a witch hunt.

Two congressional officials involved in separate probes into the Trump campaign’s contacts with Russia said one key area of investigation is whether Flynn or other advisers to Trump ever suggested U.S. economic sanctions on Russia could be lifted in exchange for favorable business deals.

“At this point, there is no evidence of an effort to negotiate that kind of deal, but Flynn is near the top of the list of people who probably would know if there was any such effort,” said one of the congressional officials, also speaking on the condition of anonymity.

Trump fired Flynn on Feb. 13, after disclosures that Flynn had discussed U.S. sanctions on Russia with then Russian Ambassador Sergei Kislyak in December, the month before Trump took office, and later misled Vice President Mike Pence about the conversations.

Flynn has acknowledged contacts with Kislyak dating back to 2013, but beyond saying they covered a variety of subjects has said nothing about the content of their conversations during Trump’s campaign and after his election.

Flynn has been under scrutiny by the special counsel in a number of areas, sources familiar with the investigation have said.

Mueller has been investigating whether Flynn knowingly made false statements to the government about his foreign travels, income, and contacts on his security clearance form.

Flynn also has come under scrutiny for work on behalf of Russian clients, and over whether his work for a businessman with ties to Turkish President Recep Tayyip Erdogan was lawful.

Mueller has been investigating Flynn’s son, Michael Flynn, Jr.‘s, involvement in some of his father’s business dealings in Russia, Turkey, and elsewhere, the sources said, and that could provide a potent additional incentive for Flynn to cooperate.

Barry Coburn, a lawyer for Flynn’s son, declined to comment.