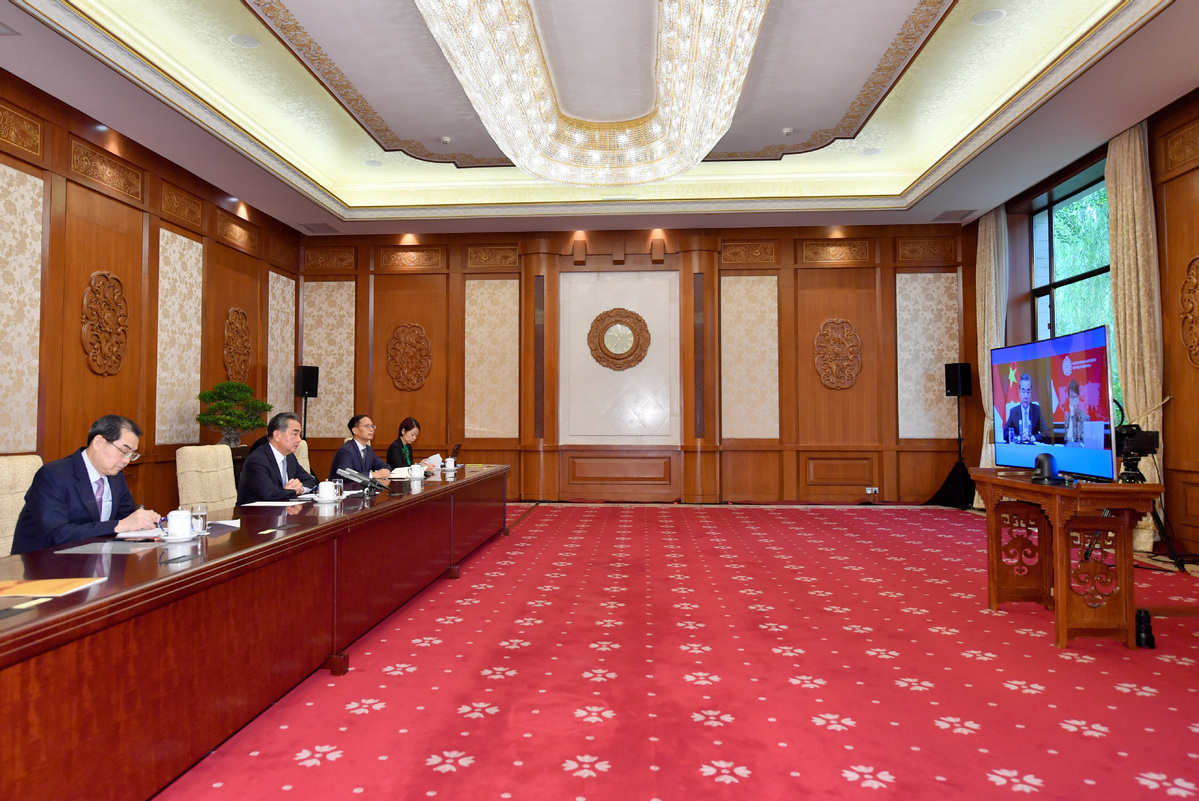 The South China Sea should become waters of peace, friendship and cooperation instead of an arena for geopolitics or an arena for the games of major countries, State Councilor and Foreign Minister Wang Yi said on Thursday.

China hopes to keep close communication with member nations of the Association of Southeast Asian Nations to handle their differences properly and maintain lasting peace and stability in the region, Wang said during a videoconference with Indonesian Foreign Minister Retno Marsudi.

China also hopes to continue to implement fully and effectively the Declaration on the Conduct of Parties in the South China Sea with ASEAN countries and speed up negotiations over a code of conduct in the waters, Wang said.

Facing significant changes and the COVID-19 pandemic, the world needs global governance that is more inclusive, multilateral mechanisms that are more effective and regional cooperation that is more active, Wang emphasized.

As the only superpower, however, the United States has kept withdrawing from international treaties and organizations, turning away from its international obligations and duties and imposing on other countries unilateral sanctions with no basis in international law, he said.

That has become "the greatest disruptive factor in current international relations", Wang said.

All countries should be treated equally and enjoy a right to develop, Wang said, adding that no country should put their own interests above the legitimate interests of others.

It's abnormal to provoke hostility based on ideology and force other countries to take sides, Wang said, calling for the international community to uphold justice, international law and multilateralism together and stand up to bullying.

Retno Marsudi said peace in the South China Sea is vital to countries in the region, and Indonesia doesn't want to see the Asia-Pacific region dragged into a "new Cold War". Indonesia hopes to work with China and other countries to maintain regional security, stability and prosperity, she said.