OPINIONS Food security in China in the new era

Food security in China in the new era 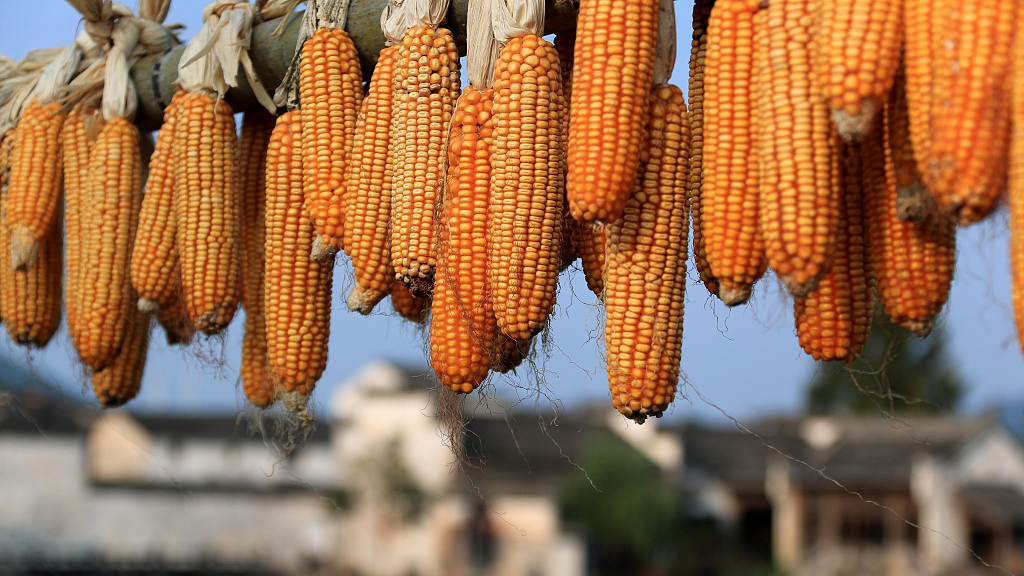 China, on October 14, has released its second white paper on food security since the founding of the People's Republic of China in 1949.

While the first white paper, released in 1996, demonstrated that China managed to feed the Chinese people on its own and would continue to do so in the future, the latest one highlights that China not only supports the Chinese people by its strength but opens its food market to allow farmers in other countries to benefit from the growth of the Chinese market.

In the new era, China assumes the responsibility of safeguarding food security through self-reliance and contributes Chinese wisdom and Chinese solutions to global food security by sharing its experience with other countries.

The 1996 white paper on China's food security reviewed China's remarkable achievements in food security from a historical perspective and indicated that China never posed a threat to food security of other countries or regions in its efforts to feed the Chinese people.

From the perspective of food production capacity and policy systems, the 1996 white paper also made clear to the world China's position that no matter how strong its economy would become, China shall never affect the food security of other countries or regions.

Over the past 20 years, especially during the world food crisis around 2008, China did encounter an occasional shortage of some varieties of grain. Still, it has not bought grain in bulk on the international market, which demonstrates that China has always been a positive contributor to global food security.

The Chinese government has committed itself to ensuring grain production capacity, developing the grain industry economy, and prioritizing food security in state governance.

China is an active promoter of free trade. It strives to fulfill its commitments to the WTO and shares China's food market resources to facilitate world food trade. By expanding international cooperation in food and agriculture and actively participating in global food security governance, China has made an important contribution to the healthy development of the world food industry and food security.

To better safeguard national food security and contribute to global food security in the new era, China has adopted some policies in dealing with domestic food production and opening up China's grain market. But in the short term, there will inevitably be some different views at home and abroad.

Some may argue that opening up the agricultural market means completely giving up support and protection, while some foreign voices mistakenly contend that China seeks to pursue trade protectionism for agricultural products. The new white paper will help those who have doubts and concerns about China's food security policy to better understand China's position.

Opening up the Chinese market for agricultural products and the field of agrarian investment does not mean that China will abandon all means of agricultural support and protection.

At the same time, China will explore the existing "green box" policy and measures allowed by the WTO, so that farmers will not suffer losses and become more enthusiastic in growing grain.

China's implementation of the policy of agricultural support and protection in alignment with the WTO rules does not mean that China will close its agricultural market and pursue complete self-sufficiency in grain. We do not deny that China is implementing policies to revitalize the soybean industry, but China is also actively exploring more international markets to import even more soybeans based on demand.

Although soybean imports have declined in recent years due to trade frictions between China and the United States and swine fever in Africa, China's soybean demand should continue to grow in the long run and the scale of imports is expected to expand. With the growth of China's economy, the income levels of residents have increased, the structure of food consumption is constantly upgrading, and the trend of increasing demand for soybeans is irreversible.

The opening up of China's agriculture to the outside world is also an important chance for China to participate in the international division of labor and give full play to its comparative advantages. Given that China's total agricultural resources are insufficient, it is crucial for China to ensure food security in the new era by taking a high-quality development path.

The Chinese government should support Chinese grain enterprises in "going global," share China's agricultural technology and experience with the food-deficient countries, and help them address food security issues. This is a crucial contribution to global food security.

Moreover, China will strive to achieve the food-related goals set in the 2030 Agenda for Sustainable Development, including "end hunger, achieve food security and improved nutrition and promote sustainable agriculture."