OPINIONS For the young, tying the knot is a Gordian knot

For the young, tying the knot is a Gordian knot 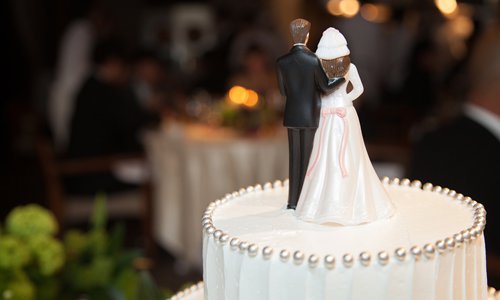 The marriage rate in China was 0.72 percent in 2018, falling to a record low in 11 years, according to Ministry of Civil Affairs data. The number of single Chinese adults has reached over 200 million, among which 77 million live alone. The figures have shocked many netizens, making #lowmarriagerate and #200millionsingleadults become the top trending topics on popular Chinese social media platform Weibo recently.

Many young people left comments, explaining why they are reluctant to take marriage vows: "I'm too poor to get married." "Being single is good!" "I must pursue my career goals first." "Marriage cannot bring me a sense of security."

Time has changed. In olden days, getting married seemed to be an important way of life of the Chinese. But tying the knot is now no longer a necessity. Facing economic pressure, work stress, and complicated family relations, many young people in China are even living in fear of marriage, believing that matrimony might bring more chaos to life.

I, to be honest, am one of them. Although enjoying a steady relationship lasting over four years, I hesitate to take one further step. How should I balance my work and married life? Would I have even 10 minutes per day to myself after giving birth to a baby? What if I cannot handle the relationship with my mother-in-law? Am I mature enough to build a family and bear responsibility? Do I and my partner have the financial clout to support a household? Can we afford an apartment in the city we are working in? I'm pretty much sure that I have already found the one I love, but my heart still somewhat rebels against marriage at the thought of these practical but inescapable problems.

Sharing similar concerns with me, my 29-year-old cousin, one of the 200 million, feels uncomfortable even to let someone new into her life in spite of her parents' constant cajoling, because with a decent job and a wide circle of friends, being single for her is good enough.

A good marriage can indeed bring benefits: a loving family, emotional and financial support from the spouse, and the right to have babies. But at the same time, one may have to give up some professional development opportunities, lose personal boundaries, and foot the hefty bill for the household, especially the offspring.

As the society develops, an increasing number of young people start to value individual pursuits more than the warmth of family. So the focus of the young, compared with that of the older generations, has been shifting toward what costs they have to pay for a marriage.

The 1 percent National Population Sample Survey conducted in 2015 by the National Bureau of Statistics showed that 27 percent women in China between the ages of 25 to 29 were unmarried. But 30 years ago, the number was less than 5.

Society is progressing, so should people's ideas. It is one's personal choice to get married or not, when to tie the knot, whether to have babies - and how many. The entire Chinese community, in particular the older generations, should show more respect and tolerance.

On the other hand, marriage rate is not a personal thing, but is inextricably linked to a country's development. The country should attach more importance to the factors affecting young people's willingness to get married, including unaffordable housing price, children's education, and female rights and interests at the workplace. Only when these concerns are taken care of can more young people go into a marriage with a relaxed mind.