OPINIONS Forces agitating for violence, chaos will be rejected

Forces agitating for violence, chaos will be rejected 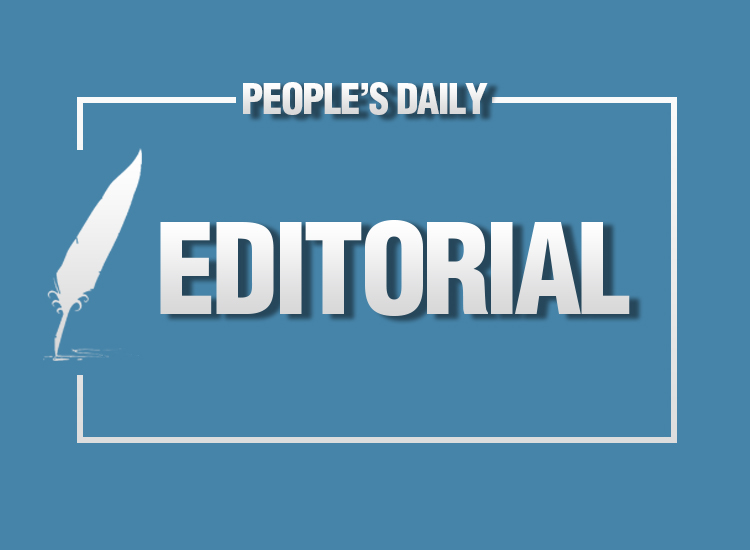 The US signed into law the so-called Hong Kong Human Rights and Democracy Act of 2019, confusing right from wrong, in an attempt to blatantly bolster rioters and violence as well as intentionally disorder the current situation of Hong Kong.

The perverse acts of some US politicians will only arouse the indignation of all Chinese, including those in Hong Kong, exposing the hypocrisy, selfishness and hegemonic desire of the US side.

The violence conducted by rioters in the past five months cannot be disguised or beautified by some countries. Radicals attacked the legislative council, government buildings and other public facilities, and set malls, banks and campuses on fire. They deliberately attacked dissidents, violated human rights such as freedom of speech, and hurt innocent citizens. Such misdeeds are appalling and outrageous.

Such violence to undermine the rule of law and disrupt social order in the city is terrorism, making Hong Kong, once the safest city on earth, a place filled with petrol bombs and fires. Universities have turned into war zones where radicals gathered to make weapons, seriously infringing upon the basic freedom and rights of all Hongkongers.

According to statistics, more than 460 groups of traffic lights in Hong Kong were damaged, 46,000 meters of railings were demolished and about 2,900 square meters of floor tiles on the sidewalks were destroyed as of the end of October. One hundred forty five subway stations and light rail stations that were often used by Hong Kong citizens were sabotaged along with facilities inside the stations. The access gates were damaged about 1,600 times, surveillance cameras inside the stations about 1,100 times and the routes of more than 300 franchised buses, 300 minibuses and all tram routes had to be diverted or stop operation due to road closures and illegal activities of rioters.

"Hong Kong stares into the abyss amid growing violence," said a report in the Economist. Even some American media admitted that some Hong Kong protesters are becoming "increasingly violent and ugly."

"Hong Kong's economic and social governance has been seriously damaged by the chaos."

"What is happening in Hong Kong is no longer a legal expression of pursuit, but a destruction of their homes."

"No country in the world can tolerate such violent crimes."

Such voices are echoed by intellectuals across the world who expressed shock and anger at these violent acts.

The US law seriously distorts the facts, portraying the violent acts as "a beautiful landscape" and the police's extremely restrained law enforcement as "violent suppression."

No wonder people began to question where these US politicians put their conscience and human nature. Some claimed that their "human rights standards are applicable around the world",  and consider the law to be "a commitment to democracy, human rights, and the rule of law". In fact, America's human rights record is so infamous that it's not qualified to lecture other countries. The law was simply a trick for them to confuse the public, and support separatist forces, using a double standard on human rights issues.

As justice always prevails, Hong Kong's strong call for "opposing violence, loving peace, supporting the police and protecting security," as well as citizens' voluntary acts of clearing roadblocks and their petitions urging the court to punish rioters, all hit American politicians in the face, demonstrating the strong desire of all citizens in Hong Kong to end violence and stop the chaos.

Hong Kong is China's Hong Kong and its affairs are China's internal affairs. The Chinese are able to settle Hong Kong affairs. We will resolutely implement the "one country, two systems" policy, firmly support the chief executive in leading the HKSAR government to govern in accordance with laws, and firmly support the Hong Kong police in strict law enforcement and the judicial authorities in punishing radicals. Any attempt to undermine Hong Kong's prosperity and stability as well as hinder China's development will never succeed!