OPINIONS Foreign enterprises 'should not worry' about export law

Foreign enterprises 'should not worry' about export law 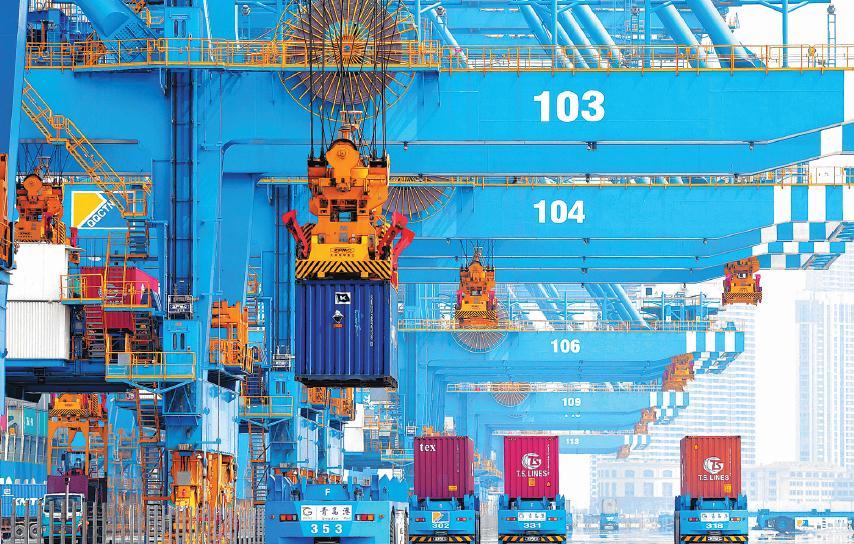 The Ministry of Commerce reiterated on Thursday that foreign companies have nothing to worry about regarding the Export Control Law because China's business environment will continue to improve.

The legislative work on regulations related to the law is under drafting and the list of the goods concerned will be further improved. The list will be released in due course, said Gao Feng, the ministry's spokesman.

Meanwhile, the list attached to the previous export control regulations remains in effect.

Gao was speaking during an online news conference in answer to a question on whether foreign companies may be required under this law to submit additional information to the Chinese government, including their intellectual property rights or trade secrets, when applying to export goods on the list.

The law, which took effect on Tuesday, states that if any country or region abuses export control measures to endanger China's national security and interests, China can take reciprocal measures commensurate with the actual conditions.

China will carry out its export control work in accordance with internationally accepted practices, and will effectively protect all legal rights and interests of the exporters, including intellectual property rights on various products, Gao said.

"Foreign-funded companies should not be worried," he said.

Export control has become an important means of ensuring national security and interests. Large economies and regional blocs, such as the United States and the European Union, have introduced export control laws, said Xue Rongjiu, deputy director of the China Society for WTO (World Trade Organization) Studies in Beijing.

China just upgraded its foreign trade legal system to reinforce the protection of its own industrial and growth interests, he added.

While China is creating favorable conditions for global companies to expand their presence in its massive market, Xue said the country is also taking necessary measures to ensure the lawful rights of its own businesses.

After China determined that Australian exporters have been dumping wine in its market, it decided to impose provisional deposits on Australian wine imports.

The Ministry of Commerce said those temporary anti-dumping measures would stay in effect for up to four months and under special circumstances could be extended to nine months.

China will continue to investigate this case in accordance with legal procedures and come to a final ruling on anti-dumping measures based on the investigation's results, Gao said.

Under a preliminary ruling at the ministry last week, China started imposing on Saturday deposits of 107.1 percent to 212.1 percent on Australian wine imports as a provisional anti-dumping measure.

When China announced anti-dumping measures on Australia's barley exports in May, the spokesman said that the investigation and adjudication involved was all in accordance with Chinese laws.