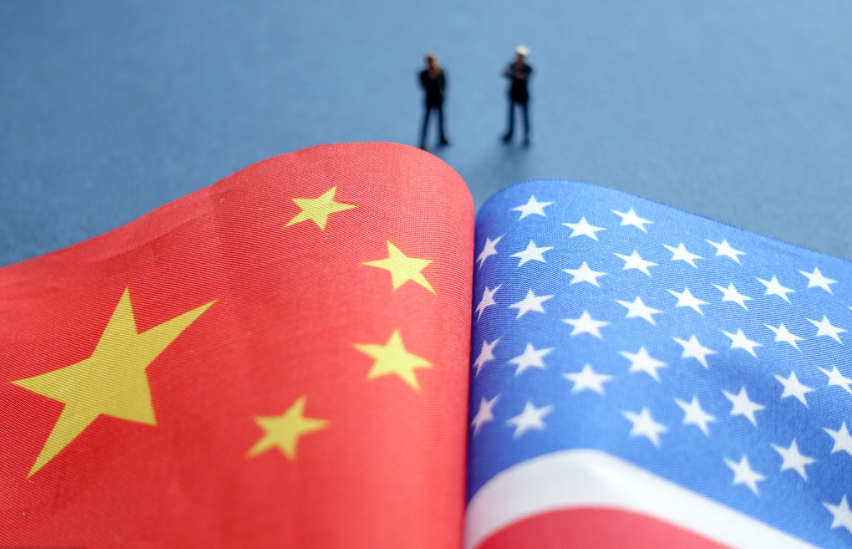 The reports by some foreign media outlets that China has been virtually closing the door of economic and trade consultations with the US are both inaccurate and misleading.

While the US government has imposed new additional tariffs on Chinese goods and signed an executive order expecting to restrict Huawei from selling in and buying from the US, a WeChat account known as Taoran Notes released a Chinese article saying that is "a sure sign that the United States isn't sincere in its willingness to negotiate a fair and reasonable deal."

However, some foreign reports, including Bloomberg, one-sidedly and wrongfully quoted the Chinese-language commentary, claiming that China has no interest in continuing trade negotiations with the US, just because the story commented that "without good faith and substantive action from the US side, it will be meaningless to visit Beijing to resume the talks."

Such interpretations are out of line with China's stance that the two sides should solve the trade disputes through serious and sincere dialogues.

The WeChat Chinese-language article has attached importance to "dialogue with principle and sincerity"; it obviously did not mean that the two sides should stop the current negotiation process. But foreign media reports have interpreted the article as a sign that China no longer wants to continue talks with the US.

Foreign media may have misunderstood the Chinese media's true intention, because of cultural differences.

For example, the article said, "Since rational communication only resulted in more greed from the US side, China might as well halt the talks altogether and try other alternatives." Some US media, however, only emphasized "halt the talks" while ignoring the premise of the argument. Perhaps it is a better story for these commercial news organizations. But there is still a crucial step to move the story closer to the truth: The US does not consider China's legitimate demands, thus China will have to stop the negotiations.

Of course, ordinary Chinese people can't rule out another possibility, even though the chance is slim, that some foreign media quoted it out of context on purpose and distorted the Chinese article's true intended meaning. Either for translation and understanding errors, or because of cultural differences and wrong intentions, such interpretations are groundless and just not the truth.

Indeed, thanks to the insincere and changeable attitudes of the US side, the economic and trade consultations between the two countries have suffered serious setbacks, but China's door of negotiation remains open, so long as Washington stops playing the trick of maximum pressure and becomes consistent in its stance.

As Foreign Ministry spokesman Lu Kang said Thursday, the US side must be truly sincere to make any upcoming negotiations meaningful; on the one hand, it must honor the principle of mutual respect, mutual benefit and equality; on the other hand, it must be consistent, keeping what it promises.

The message that Lu has sent is clear: China, as always, would like to solve its disputes with the US through consultations on equal footing. It has shown utmost sincerity in carrying on the talks with the US, as displayed by its delegation still flying to Washington for the 11th round of talks with the US, even though the US government broke the consensus of the two sides to abruptly raise tariffs on Chinese goods before the start of the negotiations.

When its maximum goodwill and sincerity was matched by maximum pressure from the US side, Chin has opted to hit back, announcing its plan to raise tariffs on products from the US. But its stance remains unchanged: Consultations should continue if the US side stops taking a destructive attitude and becomes constructive.

For Washington, it may wish to look tough and resort to maximum pressure to break China's expectations toward the talks so that China can agree to its many unreasonable demands. Such wishful thinking and calculations, however, are set to fail.

China, which is consistent in safeguarding its core national interests, has become very familiar with such self-indulgent tactics in previous rounds of talks with the US administration, and there is little possibility of it bowing to US calculations, careful as they seem.

The two countries have engaged in a trade confrontation for about a year, and it has proved that such frictions damage interests of both countries and the world economy as a whole. Therefore, they have the incentive to find a proper solution acceptable to both.