The "contraction" trend is becoming increasingly prominent in the United States' foreign policy thanks to its "America first" approach. Once the major provider of global public goods, the US is becoming a penny-pinching country focused solely on its national interests and thus weakening its international leadership. 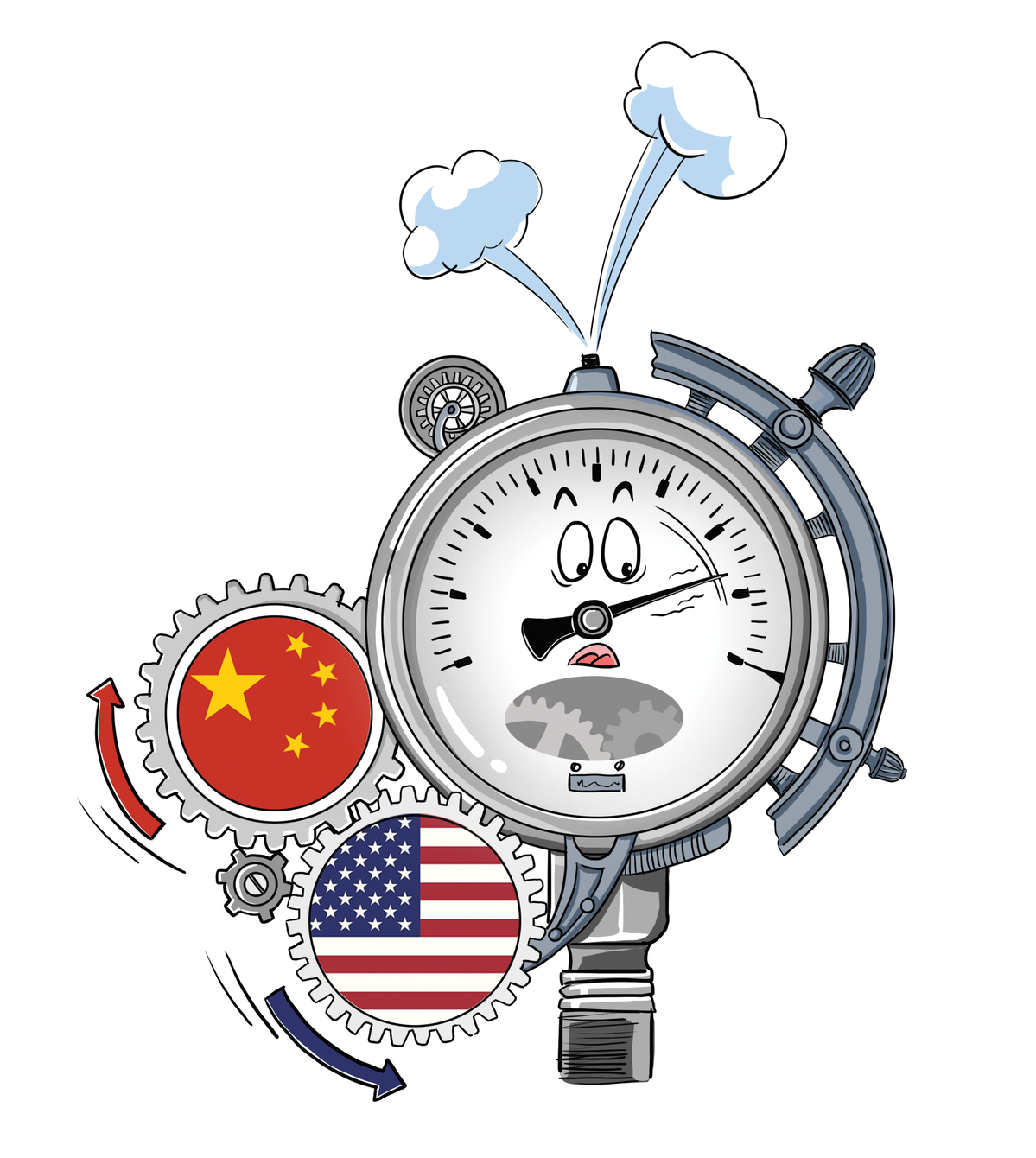 Yet despite the contraction of its diplomacy, the US has gone on the offensive on particular issues, trade being the most prominent. Launching trade wars against nearly all major economies such as China, the European Union and Japan, the White House is using the trade brawls to appeal to the US leader's base even though tariff-slapping at will, and without any reason, goes against established trade practices and the World Trade Organization's rules.

Besides, the US administration has shown an inclination toward revisionism on the Taiwan question, with a number of pro-Taiwan officials holding key decision-making positions in the US. The US leader's phone call to Taiwan leader Tsai Ingwen and his statement to substantially improve "US-Taiwan relations", together with the US' other provocative moves including sailing aircraft carriers through the Taiwan Straits and endorsing laws such as the Taiwan Travel Act and Asia Reassurance Initiative Act of 2018 are all aimed at checking the Chinese mainland's rise.

Since the US could try to ratchet up tensions across the Straits and some separatist elements on the island could demand "Taiwan independence" in a bid to restrain the mainland, Beijing should be fully prepared to deal with any eventuality.

China could play a key role in "re-globalization"

By listing China as a strategic competitor in its National Security Strategy report, released in December 2017, the US administration has dealt a serious blow to Sino-US relations. Equally importantly, the report also reflects the US elites' ideological bias against China as well as their anxiety over China's rise.

Contrary to the US' populist, anti-free trade and anti-globalization practices, China has been firmly promoting globalization－which currently is at a stage I call "re-globalization" given the new momentum and emergence of new rules. While China has been extremely open-minded and constructive about free trade and globalization, the US has become increasingly inward-looking and self-centered. And since these differences cannot be resolved in the short term, China should further deepen reform and opening-up to help boost "reglobalization" and proactively participate in the negotiations aimed at reforming the WTO.

Notwithstanding the twists and turns in Sino-US trade talks, trade remains the pillar of overall Sino-US relations, and any attempt to change the bilateral trade equilibrium would invite frictions, conflicts and restructuring of interests. Also, this process could last a few years, as it involves not only changes in the US' political and socioeconomic development momentum, but also China's economic restructuring and deepening reform. Striking the right balance in Sino-US trade, on the other hand, will help foster a new balance in overall bilateral relations.

Despite the call of certain ultra-conservatives and China hawks for decoupling the two economies－which incidentally could signal the beginning of a new "Cold War"－voices of reason exist in both the US and the international community. A new Cold War will put global peace and development at risk apart from inflicting pain on the world's two largest economies. So a coordinative and stable Sino-US relationship, which is essential for the healthy development of the world order, is what all parties should strive to achieve for the good of the whole world.

Strengthen exchanges between the people

To achieve that, the three foundations in the Sino-US relationship－political trust, economic and trade cooperation, and people-to-people exchanges－should be strengthened. Among which, people-to-people exchanges should be seen as a cornerstone against the present background. As Chinese President Xi Jinping said, the key to sound relations between states lies in amity between the people.

The silent majority in both countries including tens of thousands of people traveling between the two countries every day cannot be ignored when it comes to overall Sino-US relations. Even though the US has attempted to reduce people-to-people exchanges by restricting Chinese scholars and students from visiting the US and clamping down on the Confucius Institutes there－to China hawks' satisfaction－more than 100 former officials and China experts have jointly issued an open letter calling the US not to view China as an enemy. Which shows the US administration's attempt to reduce people-to-people exchanges does not enjoy popular support, as many in the US know such exchanges are vital to the healthy development of bilateral ties.

As long as China and the US continue to push bilateral relations forward on the basis of non-conflict, non-confrontation, mutual respect and win-win cooperation, they can meet the challenges they face at present and Sino-US relations can be guided toward coordination, cooperation and stability.

The author is executive deputy director of the Institute for China-US People-to-People Exchange, Peking University. The views don't necessarily represent those of China Daily.