OPINIONS France flies the flag for its ambitions

France flies the flag for its ambitions 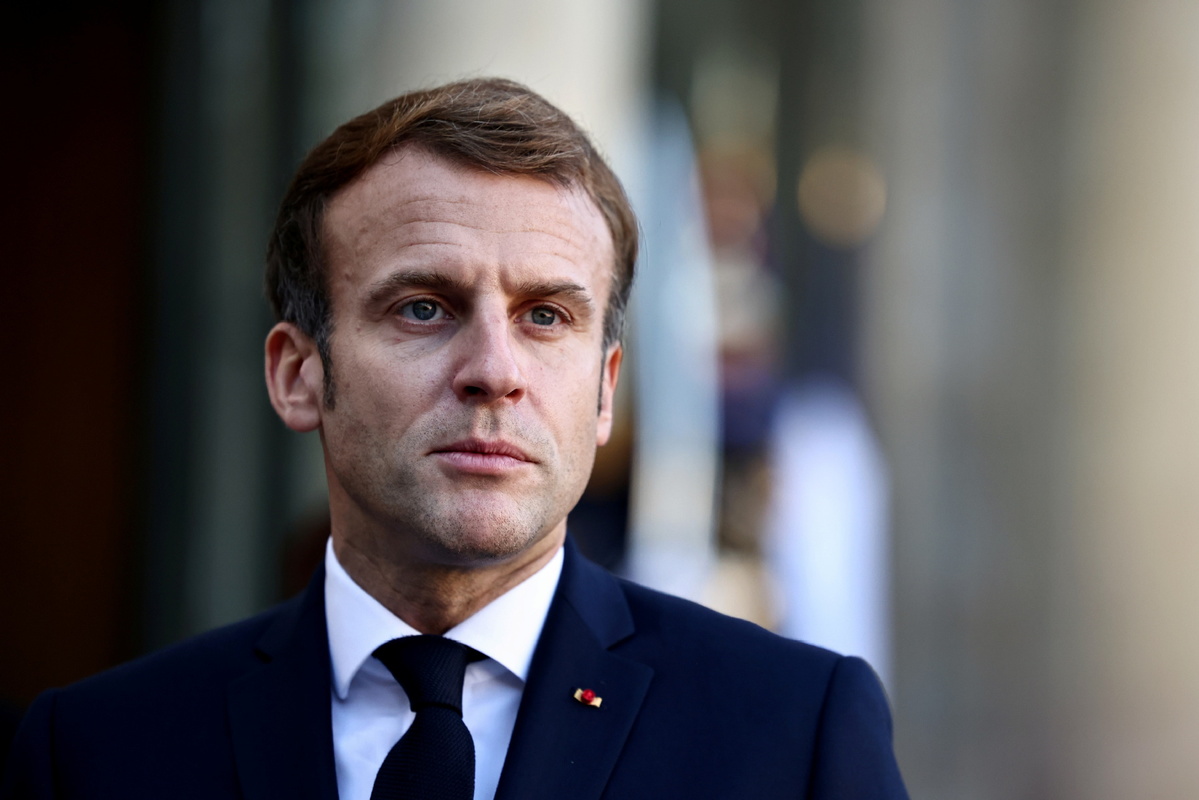 According to French media reports, the colors of the French national flag hung by the French Presidential Palace, the National Assembly, the Ministry of Interior and other institutions have been quietly changed since last year.

The blue in the French tricolor flag used to be a lighter blue, consistent with the European Union flag. Now it has become a darker navy blue.

French officials have reportedly said that changing the color of the flag was the idea of French President Emmanuel Macron. However, the Elysée Palace has never announced its decision to adjust the colors of the national flag, nor has it ordered other government agencies to use a new version of the national flag.

But those close to him say that President Macron wants to show his resolve to bring back the navy blue flag, a symbol of the French Revolution, when the country played a bigger role in the world than it does today.

This happened after France was "bullied" by the United States and the United Kingdom, which persuaded Australia to dump a conventionally powered submarine contract it signed with France and turn to the two countries to acquire nuclear-powered submarines.

Paris still finds it hard to swallow the "humiliation" despite US President Joe Biden trying his best to smooth France's ruffled feathers.

It should be noted that both the darker and lighter flags have been in use for decades in the country, as France's navy and many government departments tend to use the navy blue shade.

It was in 1976 under then president Giscard d'Estaing when France introduced a brighter blue on the tricolor to match the blue on the flag of Europe.

That decision was partly an aesthetic one as the French and European flags flew next to each other in so many locations.

The color change reflects the big-power dreams of some in France. The French navy is one of the oldest navies in the world, and the country has always regarded its navy as a key to manifest its power and a guarantee to protect its interests around the world.

France initiated the research and development of its third-generation nuclear submarines in February, the first of which is due to be launched in 2035.

In May, frigates of the French navy even joined Japan's Marine Self-Defense Force in drills in the East China Sea. Its battleships often sail to the Black Sea, where the regional tensions are high, to conduct drills and they are deployed to the east of the Mediterranean, irrespective of whether that annoys Turkey or not.

It is easy to use the navy blue flag to signal its ambitions, but whether those ambitions can be realized is another matter.