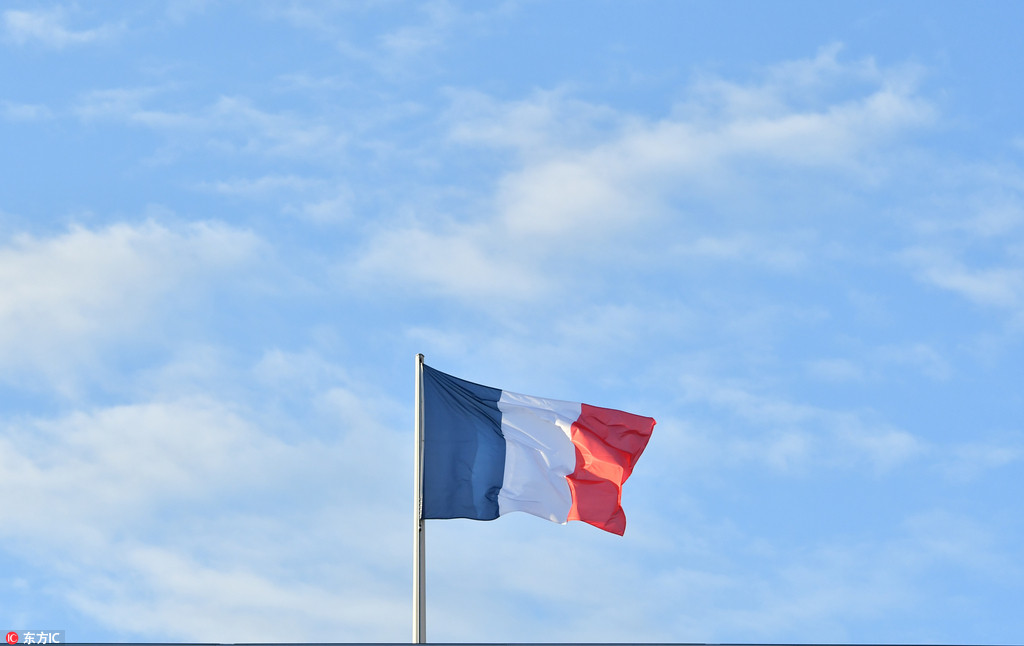 Looking forward to exploring romantic, artistic, elegant and polite cities with well-groomed pedestrians is always the natural instinct of those who visit France for the first time. But what they actually encounter might be quite surprising. According to media reports, some 40 Chinese tourists were attacked with tear gas and robbed at their hotel in the Val-de-Marne suburb of Paris on Thursday.

Some say today's France has no more than romance. Unfortunately, even romance can be hard to find. Big parks are usually locked before sunset while small ones without locks are normally left empty as few would dare to venture out for a walk at night.

In terms of GDP, France is the fifth-largest economy in the world. Yet when it comes to GDP per capita, it was the 14th-placed global economy in 1960 and the 23rd in 2016, according to the World Bank. By this standard, France is indeed declining.

A lavish social welfare scheme, which has brought the country a thorough social security system, stable jobs and salaries as well as the most vacation days in the world, is only affordable when its economy prospers sufficiently to pay for them. Nevertheless, the current French economy is most certainly not thriving with a myriad of challenges, including a dropping employment rate, growing deficit and ballooning public debt. Parisian elites are well aware that reform is the only way to revitalize the country. But they seem to have no courage to adjust the prevailing distribution of interests.

Over the years, quite a few protests and demonstrations against labor law reforms in France have ended up in violent incidents, not to mention the trend that it has become the prime Western target for terror attacks.

France is also beset by political conundrums, with many believing that it has a severe corruption problem and its society is more divided than any other European country. Its independent diplomacy has also lost its previous glory.

France might be sick. But it has many chances to recover with its renowned enterprises, as well as advantages, including a sound medical care system, the highest birth rates in Europe, plenty of successful career women and sufficient preschool and daycare centers. French people must take immediate action to make a change.