The US Commerce Department on Monday blacklisted 28 Chinese government agencies and companies for their alleged role in "facilitating human rights abuses in China's Xinjiang region," just ahead of a new round of China-US high-level trade talks in Washington. 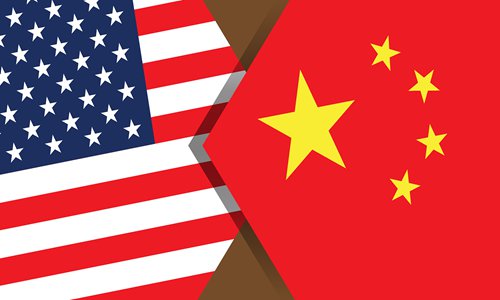 The US is preparing for the new round of consultations with a mix of exerting maximum pressure and expressing optimism. The intensity of US actions ahead of the talks often corresponds to the importance it attaches to them. It's Washington's old trick which Beijing is quite familiar with.

China has already seen many US cards. It is completely unrealistic for the US to surprise China with a new card. The new China-US negotiations must rely on frank talks that solve tough problems. The two sides have understood each other very well after more than a year and a half. No matter how many bargaining chips the US adds to the trade war, China is prepared for them. We have also prepared for the worst-case scenario.

China wishes to reach an agreement, but China has not made an urgent timetable for itself. This is China's stable strategy to deal with the trade war.

The US has been stressing its advantages in strength, but its actual advantage is far from supporting its demands on China. Washington doesn't seem to understand this. The trade war has lasted for so long. If there is anything positive about it, it would be that the trade war should help both countries  understand the link between their demands and reality. We hope the past 20 months have been enough to understand it and that the two peoples need not pay extra costs.

The Chinese delegation went to Washington with sincerity toward the new round of consultations. Such sincerity is becoming increasingly mature after ups and downs in the China-US trade war. Beijing and Washington need an agreement. But the agreement cannot be one party's new coercion against another.

The tricks played by the US before the trade talks have nothing to do with the consultations' content. Blacklisting 28 Chinese entities will have little impact on the focus and willpower of the Chinese side over negotiations.

China and the US are at the forefront of shaping international relations in the 21st century. How do we define fairness and rationality? It can only be answered through interactions and adjustments. A unilateral definition does not count. It is hoped that after rounds of trade war and talks, some consensus can be reached, instead of widening the gap between the two.