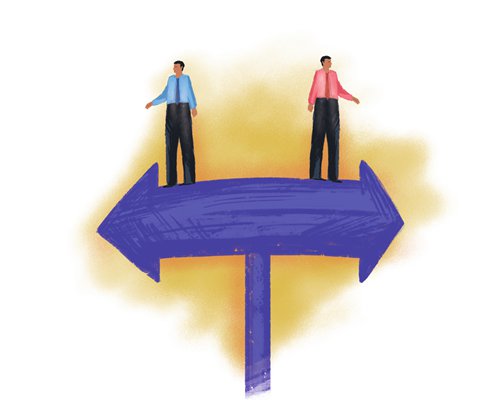 When assessing new trade protectionism tendencies, we should come out of the ideological assumption that prevailed during the last decades of globalization: the so-called free trade would be beneficial against protectionism, labeled as detrimental and negative. This idiosyncratic approach is methodologically and empirically wrong.
Not only have the main promoters of free trade kept protectionist measures in place in certain sectors, but new socio-economic gaps and inequalities have emerged during the last few decades of neoliberal globalization. Historically, we cannot say that free trade is always fair, neither good. In another case, such as China, the gradual and controlled process of opening up achieved success without completely shunning protectionist measures.
Currently, the Donald Trump's administration proclivity for protectionism has one main reason: supporting domestic production and workers in manufacturing and agricultural sectors. Here, it is rational. However, the strategies to fulfill these goals are not easy and require time and international negotiations, because they can have sudden negative effects in terms of damaging consumers and creating more international instability.
Nevertheless, we have to recognize that the world has changed in terms of economic and political dimensions. So, combining protectionist measures with new agreements or threatening such measures to reach new compromises is neither crazy nor irrational. The current compromises and the outcome of China-US talks is a good example.
Finally, if we look at the trade tensions between the US and China, now on hold, it seems Europe is more vulnerable: The main European countries are significantly more dependent on trade than the other two big powers (respectively 30 percent and 40 percent). At least in terms of trade incidence on GDP, Germany, France and Italy record bigger figures, almost double. Many considerations would flow from these figures. However, what I would like to underline is that the US is working with its commercial partners bilaterally to find new agreements. This is a reproduction of the main Chinese way to approach sensitive and strategic issues for a win-win outcome.
Let us go forward with the implications of the new Chinese opening-up policies. What are the implications and opportunities for Italy and other countries?
China is focusing more on quality than quantity, it is increasing the size of its domestic market and is going to reduce financial restrictions on foreigners. These trends, defined by the 13th Five-Year program, represent another manifestation of the continuous reforms that have characterized China's development.
On the efforts to upgrade the supply side structure, China's society can become an important ally of many countries, willing to move in a similar direction. Italy, for example, has a huge need to innovate beyond its traditional points of strength. Improving cooperation with China in sectors such as environmentally advanced technologies, renewable energy sources, electrical cars or robotics, not to talk of creative arts cooperation, could open a "new landscape" of thousands of applications to new and traditional sectors.
China is investing a lot in improving the level of quality of its production systems and has unique scale economy opportunities. However, what are the main obstacles? Geopolitics and the related cultural milieu differences. In order to cooperate as peers and to establish real win-win cooperation, it is necessary to go beyond the logic of political blocs and the universalization of peculiar historical experiences, accepting China's own way to development.
In spite of different national perspectives, the EU-China trade and investment exchange has been improving since China entered the WTO. Therefore, the new opening-up steps planned by Chinese authorities are particularly promising to Europe and the rest of the world.
The same is valid for the new potential opportunities with respect to China's relaxation of rules for foreign investment in its financial sector. This opening up set for June 30 - also as an incentive to lessen tariff disputes - is a sort of revolution.
According to Bloomberg, "much as World Trade Organization entry in 2001 revolutionized the manufacturing industry, opening the financial sector could transform how capital is allocated and wealth managed across China" and, I would add, across the world. In the last 10 years, China's National Bureau of Statistics reported that Chinese bank savings reached 60 trillion yuan ($9.4 trillion), just a part of the overall $42 trillion of China's financial sector. Only a little bit more co-participation of foreign financial firms in managing a part of these resources is a great opportunity for the Italian financial system and other foreign countries' firms.
As a consequence of the new opening up, Bloomberg Intelligence estimated, for example, that bank profits and life insurer's premiums could increase 10 times in the next 12 years, and the foreign firms' securities market share could move from 1 percent to 5.4 percent.
However, it is necessary to establish an open cultural and political playfield, recognizing and respecting all Chinese systems' diversity, without judging them through our lens, our historical experience and our ideological prejudices, as is often the case.