The period between late March and early April is mid-spring in China. It's my real delight to come to work in Sierra Leone again in this beautiful season. 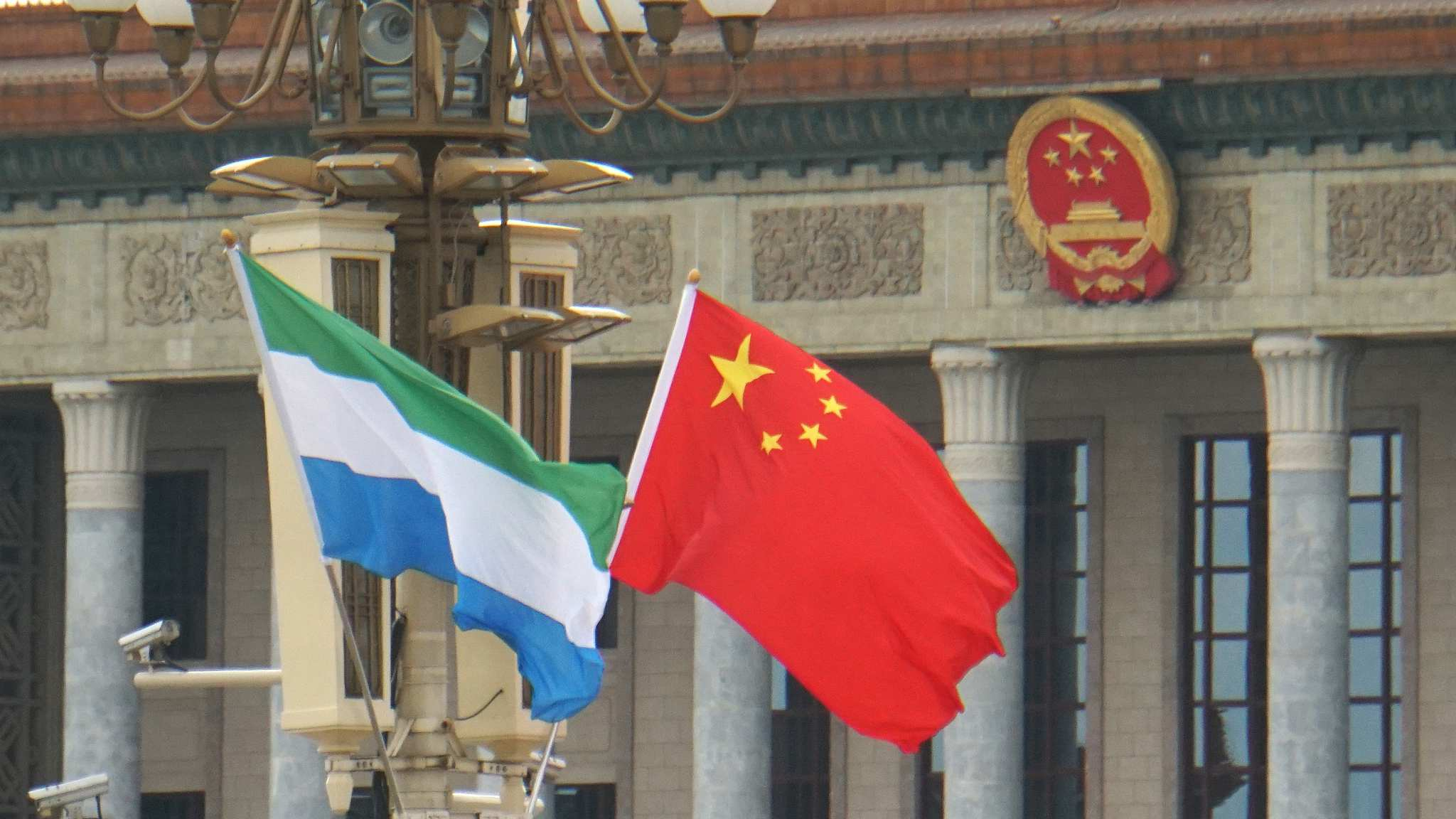 First of all, I would like to convey the cordial greetings and best wishes from H.E. Xi Jinping, President of the People's Republic of China to H.E. Julius Maada Bio, President of the Republic of Sierra Leone. At the same time, I bring with me good wishes from Chinese government and people to the government and people of Sierra Leone.

Over the years, China has always been contributing what she can to help promote peace and stability in Sierra Leone, as well as help Sierra Leone in achieving independent and sustainable development without interfering in the latter’s internal affairs. In 2014, China was among the first to assist the Sierra Leonean brothers and sisters in their fight against Ebola, demonstrating the true spirit of sharing weal and woe.

On her part, Sierra Leone has always been firmly adhering to One-China policy and consistently giving her support on issues related to China's core interests and major concerns. The Chinese people will never forget that it was Sierra Leone and other friendly countries that helped China resume her legitimate seat in the United Nations in 1971.In a word, China and Sierra Leone are true, good friends who can go through thick and thin together.

The year 2018 is a vital year in the development of China-Sierra Leone relationship. In late August and early September that year, H.E. President Bio paid a state visit to China and attended the Forum on China-Africa Cooperation (FOCAC) Beijing Summit at the invitation of H.E. President Xi Jinping. The two heads of state held friendly and in-depth talks and reached important consensus on major bilateral issues, which provided political guidance and set out the blueprint for the development of China-Sierra Leone relations. During the visit, the two sides signed a number of important cooperation documents including the Memorandum of Understanding on the “Belt and Road” Initiative, laying a solid foundation for the broadening and deepening of cooperation in the future.

I feel proud to be assigned to Sierra Leone at this important stage of fast development of China-Sierra Leone relations. And I have a sense of great responsibility. I will, following the direction set out by our two heads of state, work with my colleagues in the Embassy and friends from all walks of life in Sierra Leone to make new progress in China-Sierra Leone friendly cooperation and produce more benefits to our two peoples. The following three tasks will be my top priority.

First, continuously enhance the sincere friendship and political mutual trust between our two sides to make the foundation of our bilateral cooperation rock-solid as ever. The Chinese side will continue to follow the two major principles laid down by President Xi Jinping, namely, the principle of honoring sincerity, real results, amity and good faith and that of pursuing the greater good and shared interests among countries. China will also continue to abide by the Five Principles of Peaceful Coexistence and the prevailing norms of international relations and treat Sierra Leone with equality, sincerity, mutual understanding and pursue win-win cooperation. China fully respects the independent choice of development path and model by Sierra Leone and will never interfere in Sierra Leone's internal affairs. I fully believe that Sierra Leone will continue to respect China's core interests and firmly support China on its major concerns involving sovereignty, territorial integrity, security and dignity. Meanwhile, China will keep on strengthening communication and coordination with Sierra Leone on international affairs and jointly safeguarding the fundamental interests of each other and those of the developing countries.

The Chinese side has conducted active consultations with the Sierra Leonean side and will continue to do so with a view to indentifying areas and modes of cooperation, exploring feasible cooperation projects, and thoroughly studying how to better use the stock of and expand the increment in projects in agriculture, health and sanitation, human resources development and infrastructure construction etc. Through the implemention of the outcomes of FOCAC Beijing Summit, we wish to help the government and people of Sierra Leone in carrying out the New Direction Agenda proposed by President Bio for economic and social development.

Third, jointly promote the building of the “Belt and Road”, build an even stronger China-Africa community with a shared future and a community with a shared future for humanity. The Belt and Road Initiative (BRI) was proposed by President Xi Jinping for the purpose of expanding China's all-round opening under the new situation and working to enable more countries to share development opportunities and achievements. Though initiated by China, the opportunities and outcomes the BRI offers are to be shared by the world. Since its inception 6 years ago, 126 countries and 29 international organizations including 37 African countries and the African Union Commission have inked cooperation agreements with China. All this sheds light on the fact that the BRI is a popular and worthy cause that goes along with the trend of our times and responds to the shared aspirations of countries for development through mutually beneficial cooperation. Guided by the principle of wide consultation, joint contribution and shared benefits, the BRI aims at enhancing connectivity in policy, infrastructure, trade, finance and people-to-people ties (Five Connectivities in short).

Although very few certain countries and people have misunderstandings, misjudgments or even prejudice and smear on the BRI, the international community’s enthusiasm for participating in this initiative is not held back. The BRI, as a new “headstream of fresh water” for China-Africa cooperation, will bring more development resources and create greater room for cooperation for both sides. China and Sierra Leone have already made strides under the initiative, including but not limited to the exchange of development experiences, admission of a large number of Sierra Leonean students to study in China with the Chinese side providing more Government Scholarships to the Sierra Leonean side, the construction of part of the Freetown Ring Road funded by Chinese government grant, the construction of the Lumley Market Second Juba Bridge co-funded by the two governments and the discussion of cooperation in quay project in line with commercial principles, all of which illustrate the spirit of “Five Connectivities” and stand for great potential for cooperation between China and Sierra Leone within the framework of the BRI.

I worked in Sierra Leone for three years from 2002 to 2005. 14 years later I am back here and find out that there have been so many important positive changes in this country, which fully demonstrate that the government and people of Sierra Leone are on the right path towards development and revitalization. I sincerely wish that Sierra Leone and her people will continue to make even greater achievements under the leadership of H.E. President Bio. I am full of confidence in the broad prospects of China-Sierra Leone friendly cooperation.

The author, Hu Zhangliang is Chinese ambassador to Sierra Leone.