OPINIONS From breadwinners to dependents, how can mine victims heal?

From breadwinners to dependents, how can mine victims heal? 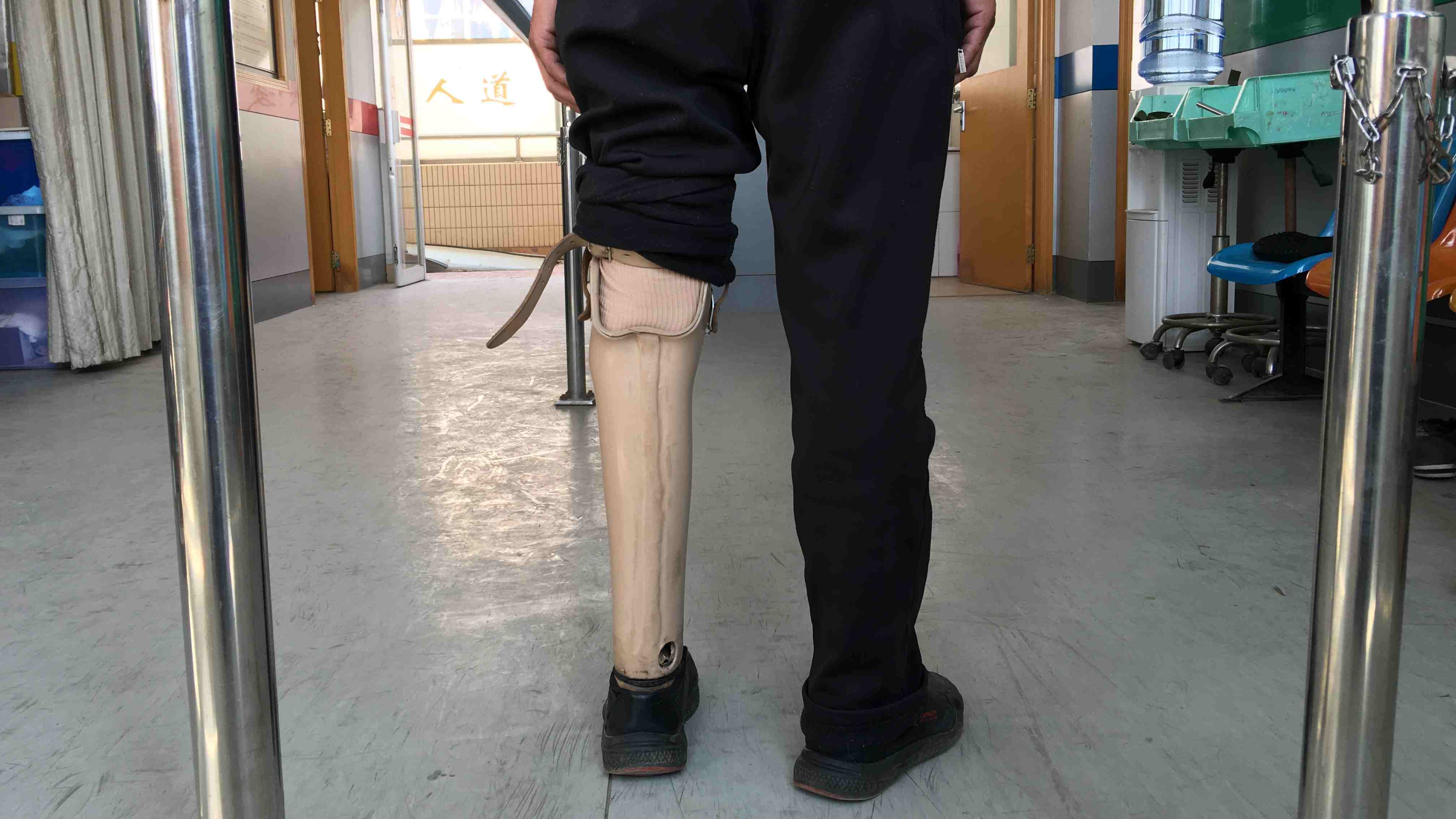 An amputee learns to walk on a prosthetic leg at a physical rehabilitation center in Kunming. (Photo: courtesy of ICRC)

For most people, the topic of landmines may only come up as the world commemorates the International Day for Mine Awareness and Assistance in Mine Action on April 4. But for local villagers near minefields at the Sino-Vietnamese border, mines are what they had to live with.

Almost every month there are reports that a soldier or a villager has been injured in a mine explosion. Some lose limbs and even their lives as a result. Mine-related injuries have made the already poverty-stricken area unable to recover economically. With arable lands dotted with landmines, no one dares to do farm work anymore.

The slow and dangerous business of demining

During the Sino-Vietnamese War, hundreds of thousands of landmines were buried by both sides in the mountainous areas near the border. According to Chinese newspaper Southern Weekly, from the 1970s to 1990s, around 1.3 million landmines and 480,000 explosives were buried along the border in China's southwestern Yunnan Province.

These landmines made of plastic or metals are cheap to produce and easy to deploy, but the problem is they do not have an expiration date. Three decades after the war ended, people still fall prey to those legacies of armed conflict. Rains and landslides flush down mines buried on the hills to villages underneath, making it possible for a demined area to be at risk again of a mine explosion at any minute.

"The further a demining operation goes, the harder it becomes," Shi Hong, executive chief editor of Chinese military magazine Shipborne Weapons, told CGTN Digital. Rusted mines with iron shells may trigger an explosion at any time while mines made of plastic, buried under dust and grass, are harder to spot.

Metal detectors, one of the most used close‐range detection systems for demining, may often mistake metallic debris for a metal landmine. Ground-penetrating radar, which can detect both metallic and plastic mines in a variety of soils, are not in wide use. Most mine clearing is still done by humans – one man sifting through the soil looking for suspicious objects with a steady hand.

When a deminer kneels down staring at a mine, his eyes and face are in the direct target range of the mine that may explode at any minute. "If your hands are shaking, you will likely trigger the trip-wire attached with the detonator, thus resulting in an explosion."

Who will heal victims of landmines?

Since the 1980s, three rounds of mine-clearing have been launched in the Yunnan section of the border. Earlier this year, all minefields near the border close to villages inhabited by people were declared cleared of landmines.

During this year's mine-clearing operation, a 27-year-old soldier lost both of his eyes and his arms in an explosion. The village where the operation took place, Bazi village in Malipo county of Yunnan province, is called China's "mine village." Media reports say that almost every household in the village has a family member who has lost a leg due to a mine explosion. In the aftermath of the accident, villagers were hesitant to travel to seek assistance for fear of negative consequence for their families.

"To be away from the plantation is not good for the livelihood of the families because every time they are away, they cannot cultivate," said Gerd Van de Velde, physical rehabilitation program manager at the International Committee of the Red Cross (ICRC) regional delegation for East Asia, in an interview with CGTN Digital. But the mountainous area in the region makes it hard for able-bodied men to work, let alone a physically disabled man.

To address the problem, a physical rehabilitation center was built in Kunming, operated by the Yunnan branch of the Chinese Red Cross Society with the financial and technical support of the ICRC, to fit victims of violence with a prosthesis free of charge. A prosthesis repair center has also been set up in Yunnan's Malipo County to help amputees repair and clean prostheses.

Since its inauguration in 2004, the center has produced over 3,000 prostheses, with 400 mine victims being among the recipients, according to data provided by the ICRC.

Even though physically healed, the psychological trauma inflicted on amputees is harder to overcome. Breadwinners become dependents overnight but life has to continue.

Though the population is sensitized to the danger of mines, venturing into mine-risk areas to expand cultivation of arable land and to grow more crops is always tempting, Gerd, program manager at ICRC regional delegation for East Asia, told CGTN Digital. Seeing a demined area, farmers always ask themselves if they are able to plant at least one more meter.

They have no other possibilities than to continue farming, and thus the risk will be there for many years to come, Gerd cautioned.

Demining on a global scale

As China rids its countryside of the scourge of landmines, it is offering assistance to other states plagued by the problem.

A demining operating team was among the peacekeepers China sent to numerous countries, including Haiti, Cambodia and Lebanon. China has also provided training to minesweepers from other countries.

China enjoys a leading status in demining technology, said Shi Hong, the executive chief editor of Chinese military magazine Shipborne Weapons. Chinese soldiers have some of the best skills in demining operation. Shi noted that many soldiers who participated in international missions have cleared hundreds or even thousands of mines.

In neighboring Cambodia, mine-clearing operations have also been going on for more than two decades, with equipment and wheelchairs donated by China. Future demining operations may continue, Shi noted. Other less inhabited areas will likely be the next target if new trade settlement centers are to open along the route.

"If you ask the amputee where the accident happened, they will point to a spot one kilometer away and say ‘here'," Gerd recalled.

Residents living in mine-affected areas are still paying for the price of war.