OPINIONS From Singapore to Vietnam: Road toward denuclearization on the Korean Peninsula

From Singapore to Vietnam: Road toward denuclearization on the Korean Peninsula

Beijing (People's Daily) - With the anticipated second summit between US President Donald Trump and North Korean leader Kim Jong-un approaching, Vietnam has attracted a lot of attention from the international community. 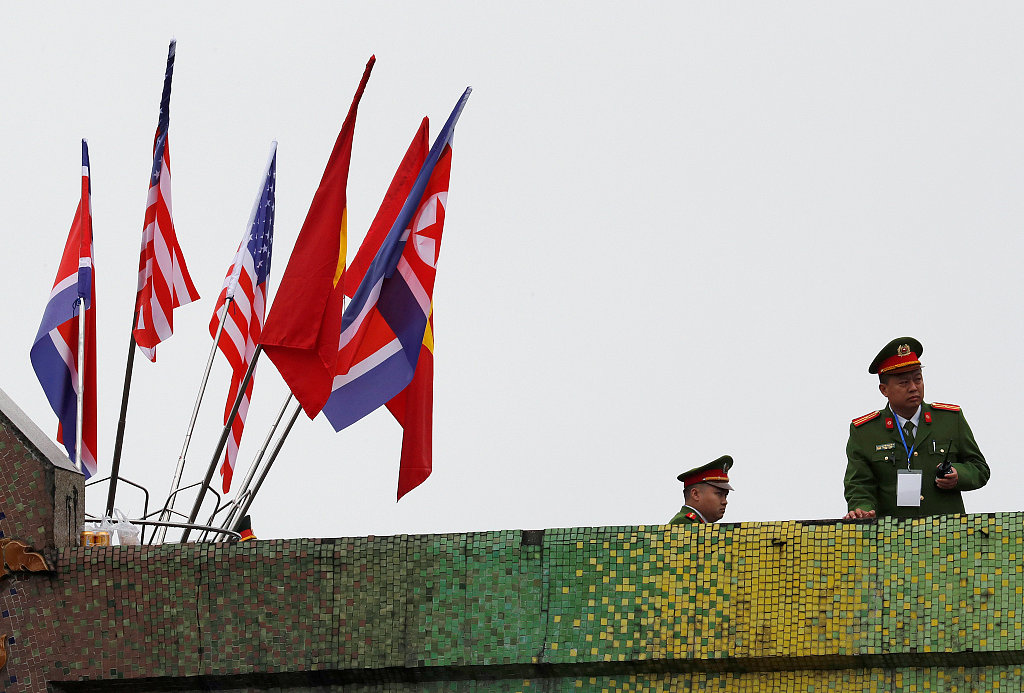 Policemen are seen on a rooftop ahead of the North Korea-US summit in Hanoi, Vietnam February 26, 2019. (Photo: VCG)

Some seventy years have passed from the Korean War and the era of hostile confrontation to the first historic handshake between Trump and Kim. Eight months after their first summit in Singapore, the two leaders are going to meet for a second time, in Hanoi. From Singapore to Vietnam, all eyes will be watching to see if there is any progress toward the denuclearization of the Korean Peninsula.

The first summit last June in Singapore was certainly a historic moment, and raised hopes that the leaders of the two countries would talk further. 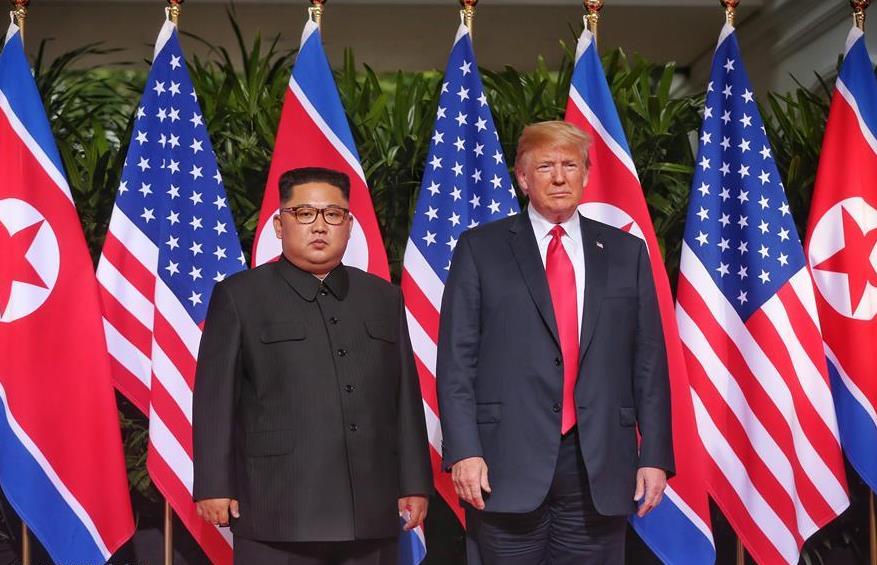 Before the summit, the North signaled the country’s goodwill with moves that pacify the tension on the peninsula. North Korea destroyed its Punggye-ri nuclear test site last summer under the gaze of international journalists.

The meeting in Singapore came after North Korea’s dismantlement of the northern nuclear test ground. The leaders had a high-profile handshake and signed a “comprehensive” agreement. In the agreement, Trump and Kim agreed to establish new bilateral relations and to build a lasting and robust peace regime on the peninsula. Pyongyang made a commitment to work toward a complete denuclearization of the Korean Peninsula in exchange for US security guarantees to the North.

Trump called his summit with Kim “honest, direct and productive” at the press conference after signing the agreement. Lower-level meetings between the two countries since then have been scheduled frequently to discuss further progress. 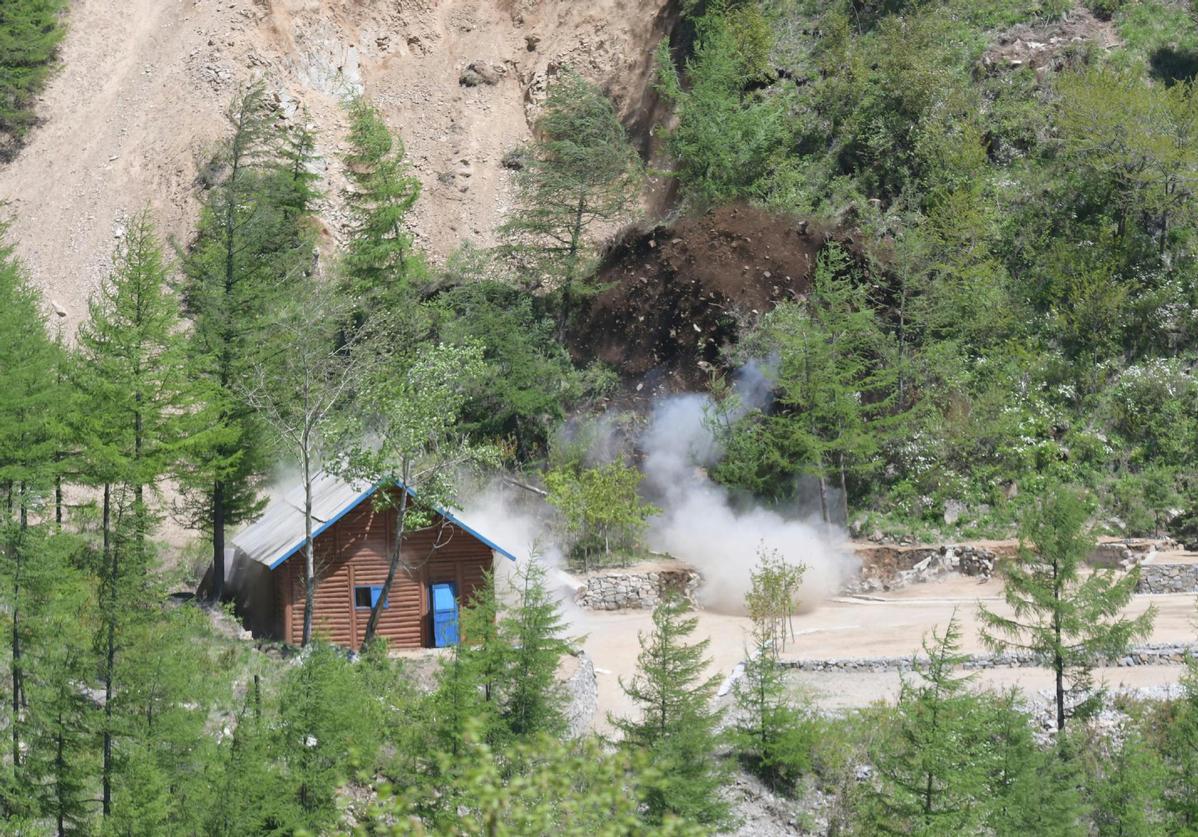 The tunnel and an observatory of Punggye-ri nuclear test ground are blown up during the dismantlement process in Punggye-ri, North Hamgyong Province, the Democratic People's Republic of Korea, May 24, 2018. (Photo: Xinhua)

Due to the divergence of their positions, the negotiations between the US and North Korea appeared bumpy after the summit when entering into the substantial stage. The North Korean media condemned US Secretary of State Mike Pompeo’s one-sided demands over denuclearization, saying they were “gangster-like” after Pompeo’s visit to Pyongyang last July. With months of discussions and ups and downs, the two sides again came to a “productive dialogue” after Pompeo traveled to Pyongyang for the fourth time and met with Kim last October.

In his New Year’s speech, Kim expressed his willingness to meet Trump for a second summit, but mentioned a want to “find a new way” for defending his country if the US does not keep the promise it made. Trump in response said he also looks forward to a meeting.

A meeting between senior representatives from both sides in Sweden this January was held to prepare for the second summit. Shortly after, Trump announced in early February that the meeting would happen in Hanoi, Vietnam on February 27 and 28.

Four days before the scheduled meeting with Trump, Kim left Pyongyang on his train for Hanoi, according to the Korean Central News Agency (KCNA). Trump tweeted last Sunday that he would depart on February 25 for the summit, adding that the two leaders “expect a continuation of the progress made at [the] first Summit in Singapore.” 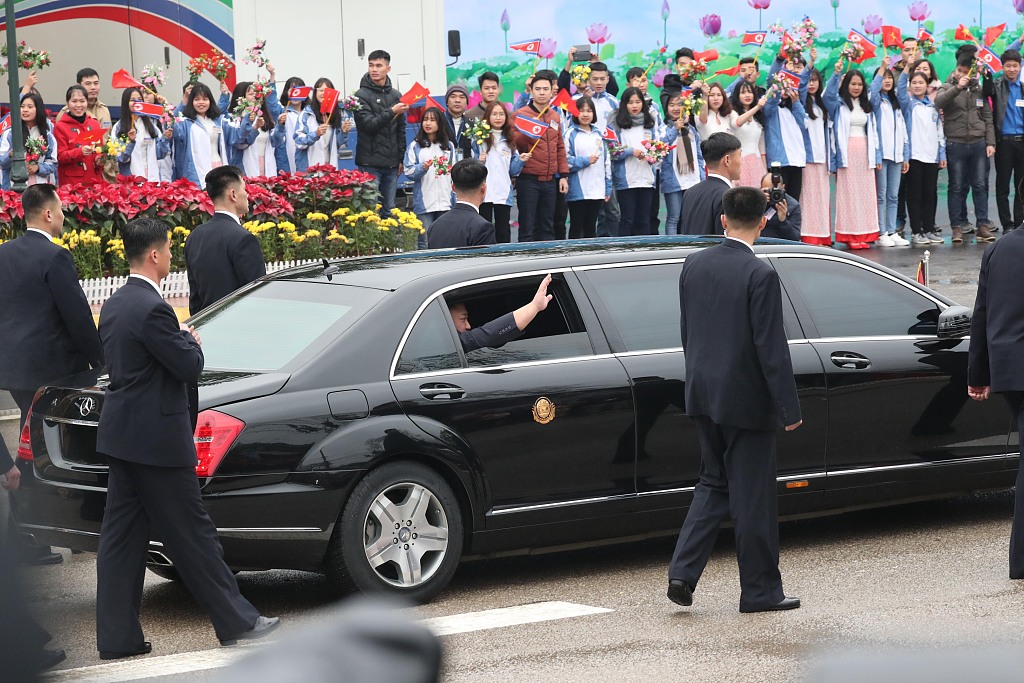 Vietnam finished preparations for the meeting in about 10 days, vowing to provide airtight security for Kim and Trump, according to Vietnamese officials.

After the Singapore summit, there are high expectations on the two leaders to reach a detailed and specific agreement at the Hanoi summit. A senior official from the US State Department said last Thursday at a background briefing that the two sides would work toward a shared understanding of what denuclearization means.

The US has for years demanded North Korea's complete, verifiable and irreversible denuclearization, before any concessions could be granted.

The state-run KCNA news agency said last December that Pyongyang’s commitment to the “denuclearization of the Korean Peninsula” also includes “completely eliminating the US nuclear threat to Korea.” 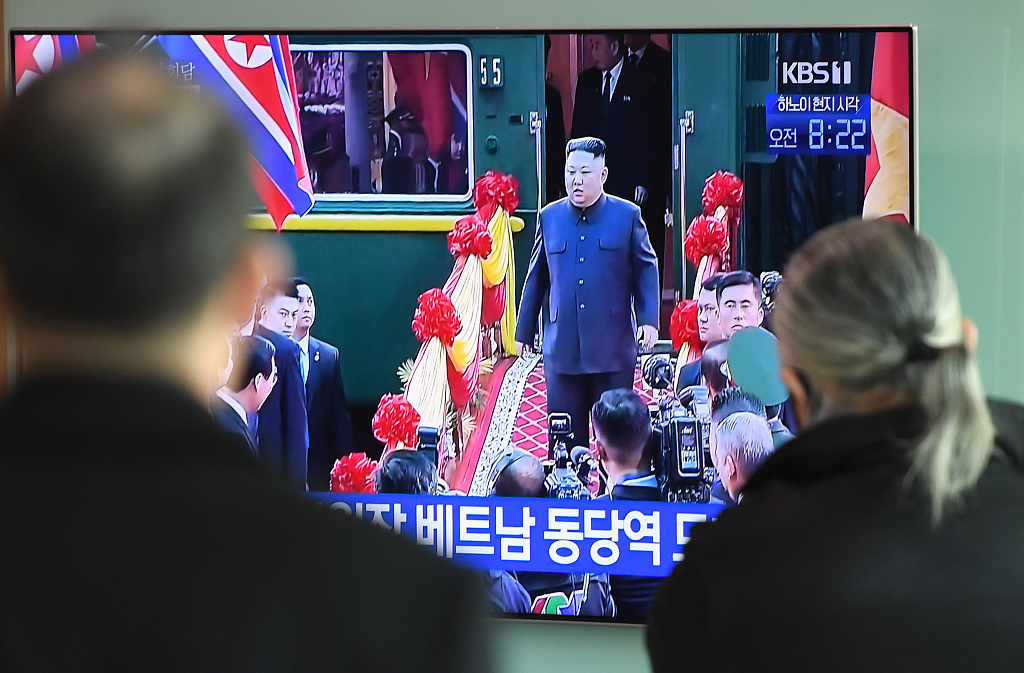 Analysts have speculated that Trump may agree to lift some economic sanctions on Pyongyang, in exchange for further steps toward denuclearization. Whether or not this happens, the two countries still have a long way to go to establish new bilateral relations.

China always supports North Korea and the US in maintaining dialogue and meeting each other halfway. Hopes have risen that the second North Korea-US summit will be successful and produce positive outcomes to inject new impetus into the realization of denuclearization and lasting peace on the Korean Peninsula.