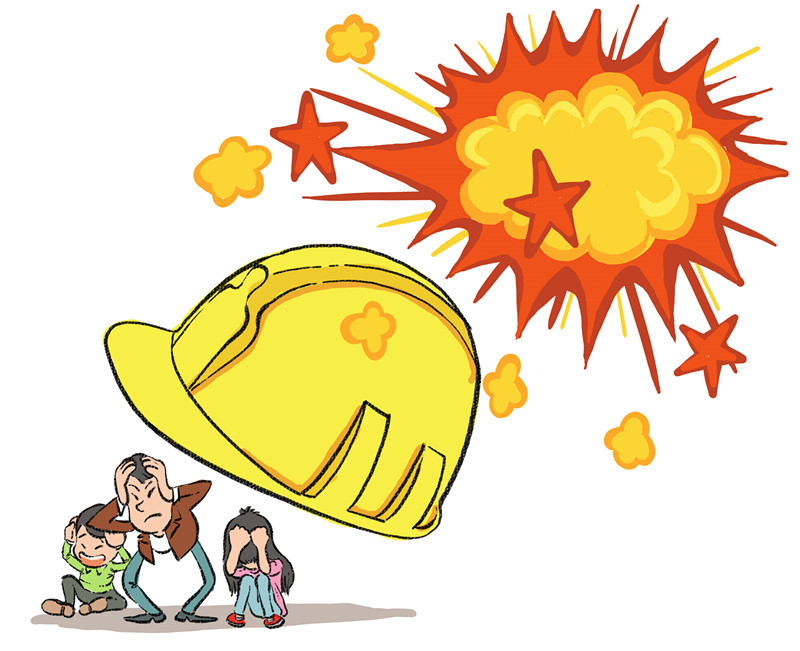 THIRTEEN PEOPLE WERE KILLED on Dec 4 in an explosion at a firecracker unit in Liuyang, Hunan province, but when reporting to higher authorities, certain local officials and factory managers put the casualty figure at seven. The lie was later exposed by probe teams. On Monday, the Work Safety Committee of the State Council, China's Cabinet, briefed local authorities on the issue. China Daily writer Zhang Zhouxiang comments:

Why did the officials join hands with factory managers in fudging death figures? To minimize responsibilities.

According to domestic safety regulations, local authorities are responsible for inspecting safety measures in factories that produce dangerous substances such as explosives, and help the latter plug loopholes if any. In the event of an accident in which people are killed, the officials and factory managers should be held accountable.

So, in the above case, some local officials not only failed in their duty to take work safety measures and protect workers' lives, but also attempted to cover up their failure by joining hands with the factory managers to hide the casualty figure.

That is denying the people their rights even after their deaths. Most, if not all, of them were workers who toiled hard to ensure the firecracker unit made profits. And their deaths have much to do with the lack of safety measures at the workplace. But when they died, the officials tried to even deny their existence.

How did the officials and factory managers face the families of the dead? Did they not feel ashamed?

A probe is mandatory after any fatal accident, as it can reveal what caused it and what can be done to prevent a repeat of the same. But when the number of deaths is not reported correctly, it might fail to attract the desired attention.

As a result, the probe may not be carried out with the right amount of seriousness and the problems that caused the deaths might never be found out and dealt with. It will also not be wrong to say that hiding the actual number of deaths might lead to more casualties and deaths in the future.

Thankfully that will not happen in this case, as the actual number of deaths and details of who tried to fudge the casualty figure have emerged. By Monday evening, 10 suspects had been detained, four taken in for further disciplinary probe and three removed from office for grave wrongdoings.

It is time officials across the nation learn a lesson from that.