OPINIONS G20 must defend multilateralism as lifeline of the century

G20 must defend multilateralism as lifeline of the century 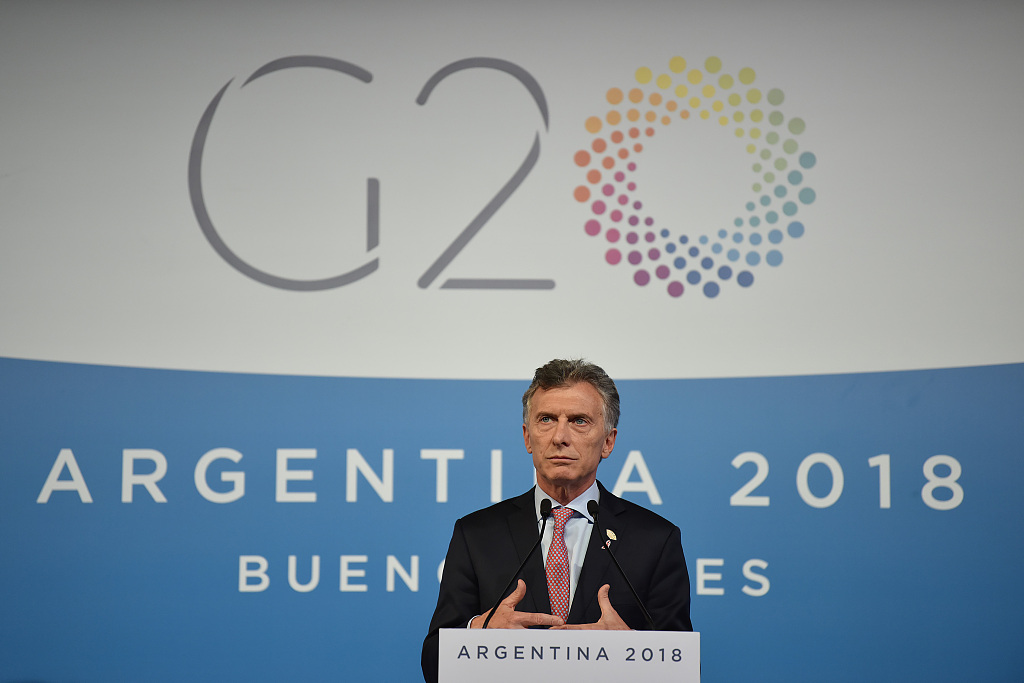 The G20 summit kicked off in Buenos Aires, Argentina on Friday morning local time. Ahead of the summit, US President Donald Trump hinted he may impose more tariffs on imported cars, a move which targets Europe. The ongoing trade war with China is expanding, which is posing greater challenges to multilateralism and free trade. Observers are worried about whether global divergences can be curtailed and whether a joint communiqué will be reached at the conclusion of this G20 summit. Almost all eyes are on the meeting between Chinese President Xi Jinping and his US counterpart. If the US-led trade war against China can be extinguished or eased, the impact will be far more reaching than that of the multilateral summit itself. Ten years ago, the US was almost devastated by the financial crisis. The first G20 summit was held at that time, when the US needed the world. But now that Washington has basically come out of the crisis it is recklessly shifting toward unilateralism. This is the biggest problem the world is facing today. Some people believe that the US is targeting China in the trade war and other countries will suffer no loss or only minor losses. They think if they are lucky, they can even benefit from Beijing-Washington trade conflicts. Such calculations are definitely wrong. China is the second largest economy, after the US, and is the strongest power to confront US unilateralism. Other economies, even major powers in Europe, are weaker than China in terms of defending themselves. In launching the trade war, Washington has its geopolitical considerations, but economic interests are obviously a more important pursuit of the US. The White House will not give up any chance to bully a cowardly lion. Moreover, China-US economic relations are highly complementary. The US imposed tariffs on Chinese products, but its imports from China still remain strong, indicating it is difficult for the US to find substitutes for many Chinese products. Canada and Mexico have long been major trading partners of the US. But both made compromises to the US in order to reach the new North American free trade agreement. Their previous ways of equal negotiations with the US ended. In the future, the two will have to be more submissive to Washington with less room for bargaining.  The world should by no means give up on multilateralism. The international system, which is based on multilateralism, is the umbrella that protects middle-sized and small countries. Protection of multilateralism requires all countries to look beyond their temporary interests in a certain period or a certain case. It should be defended as the lifeline of the 21st century. The world should not only hear the voices of a few major powers during the G20 summit, but those of middle-sized and small countries as well.   Some observers believe that even though multilateralism is not dead, it has been "dormant." If that is the case, multilateralism would not be the only thing that went "dormant;" the right of many countries to fight for equal interests would have also vanished. No matter how difficult it will be, the G20 summit must back multilateralism.