G20 to inject hope to world 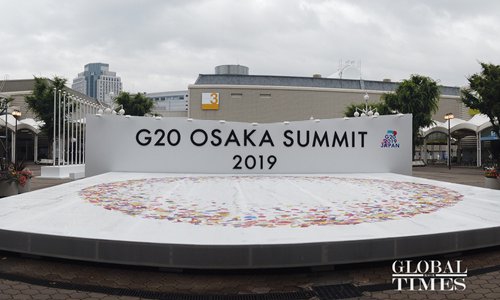 After weeks of chaotic responses by individual countries to the global coronavirus pandemic marked by various restrictions on travel and trade and even finger-pointing, major global powers are finally pushing for coordinated efforts to combat the common threat, injecting a desperately needed sense of direction and hope for a world facing an unprecedented crisis.

Leaders from the Group of 20 (G20) members will hold a virtual summit on Thursday to discuss global responses to the pandemic. The meeting and the G20, which represents two-thirds of the world's population, offer the best platform for countries to coordinate everything from medical supplies to monetary policies to cope with the pandemic, Chinese and foreign analysts said on Wednesday.

China, which has effectively reined in the epidemic at home and has stepped up support for dozens of other countries in their fight against the virus, will likely play a major role in coordinating global efforts and helping guide the world out of the current crisis, given its expertise and massive resources, analysts noted. Saudi Arabia, which holds the presidency of the G20 this year, announced on Wednesday that it would convene a "virtual leaders' summit" on Thursday afternoon. Aside from G20 members, other world leaders from countries such as Spain and Singapore and international organizations such as the World Health Organization (WHO) and the International Monetary Fund (IMF) will participate in the meeting, according to a statement from Saudi officials.

Chinese President Xi Jinping will take part in the meeting from Beijing, Chinese officials announced on Wednesday. Russian President Vladimir Putin and Indian Prime Minister Narendra Modi reportedly will also join the meetings. It was unclear on Wednesday whether US President Donald Trump and other European leaders would participate.

The meeting would mark the first of such a level and broad participation since the COVID-19 broke out earlier this year and the WHO declared COVID-19 a global pandemic two weeks ago.

It is also coming at a crucial time. The virus has killed more than 16,000 people and sickened over 375,000 in more than 190 countries and regions, with the numbers expected to further jump rapidly, according to the WHO. Amid widespread business closures and crippled supply chains, the world economy is also facing a crisis potentially worse than the 2008 global financial crisis, the IMF warned.

While the pandemic itself poses serious public health and economic risks, uncoordinated and even "extreme" responses by countries further exacerbated the situation, making coordination through the G20 necessary, said Huo Jianguo, vice chairman of the China Society for World Trade Organization Studies.

"At the very least, the G20 could send an optimistic signal to the international community that countries can put aside their conflicts and differences" and join hands to fight the epidemic, Huo told the Global Times on Wednesday.

Defying recommendations from the WHO and proven ineffectiveness, a great number of countries from the Americas to Europe to Africa to Asia have put restrictions on travel and, in some cases, even trade, placing additional strain on economic activities and complicating global efforts to contain the epidemic with disruptions to the supply of sorely needed equipment. US officials have even attempted to shift the blame to China with racist rhetoric, hindering any possibility of cooperation between the world's two biggest economic powers and among other countries.

"Only effective global cooperation can contain the potential human and economic toll of COVID-19," the heads of the WHO, the International Chamber of Commerce and the Business Twenty group under the G20 warned in a letter to the heads of state and government of the G20 on Monday.

"The G20, representing [over 80 percent] of  the world economy and population, is the closest to a representative institution to fairly set a global agenda to address these problems," Robert A. Manning, a senior fellow at the Atlantic Council, told the Global Times on Wednesday, adding that the G20 could play a key role in coordinating a global response to the pandemic as it did during the global financial crisis in 2008-09.

The G20, which was formed in 1999 on the ministerial level, has been widely applauded for its critical role in the world's response to the global financial crisis in 2008. At the height of the crisis which started in the US, the G20 expanded its mechanism and convened the first Leaders' Summit in November 2008 and drew up a stimulus package that many argue saved the global economy from slipping into a depression.

China played a huge role in that effort. With a massive stimulus package that kept its massive manufacturing sector running and increased demand for everything from luxury goods to raw materials, China lifted the economy out of the darkest days of the crisis, the Financial Times wrote last week.

Fast forward to the current public health and economic crisis, China is in a perfect position to help the world in beating the coronavirus and saving the global economy, as it has successfully contained the epidemic at home and gradually restarted its economy, analysts said.

"As a world example of how to combat the epidemic, China can offer its experience in social management and medical treatment in the epidemic to countries deeply impacted by the epidemic," Xu Liang, associate professor at the School of International Relations of  Beijing International Studies University, told the Global Times on Wednesday, adding that this is also a "historic opportunity" for China to expand its global profile and leadership.

Chinese officials have long been calling for global collaboration in the fight against the virus. With the number of new domestic cases dropping close to none in recent days, China has even extended help to more than 80 countries, including hard-hit countries such as Italy, Spain and Iran. Aside from sharing its expertise, China, as the world's largest producer of medical supplies, such as masks and ventilators, has also shipped such essential equipment to those countries. Chinese companies are also continuing to increase production of these supplies and are preparing for more overseas orders.

President Xi has also been maintaining close contact with other world leaders over the pandemic. Since March 12, the Chinese President has held phone conversations with over a dozen world leaders, including British Prime Minister Boris Johnson, French President Emmanuel Macron and Italian Prime Minister Giuseppe Conte. In separate phone conversations with Johnson and Macron on Monday, Xi urged all countries to cooperate under the G20 mechanism to combat the virus.

The G20 meeting on Thursday would be the first major multilateral event for Xi this year and "China hopes that the special summit will take action to enhance solidarity and jointly respond, stabilize the economy and build consensus," Geng Shuang, a spokesperson of the Chinese Foreign Ministry, said on Wednesday.

China's active approach has also come in stark contrast to that of the US, which has long been the global leader. Under heavy fire for his response to the epidemic, which continues to worsen by the day in the US, Trump has been largely focused on the domestic situation, leading some to speculate that China is rising in the global power structure and even replacing the US.

However, the focus of the G20 should be on the fight against the virus and not geopolitical calculations, analysts said.

"It's not about changing the global power structure; we shouldn't read too much into this. This is about saving lives. It's not about China replacing the US," said Chen Fengying, a research fellow at the China Institutes of Contemporary International Relations in Beijing.