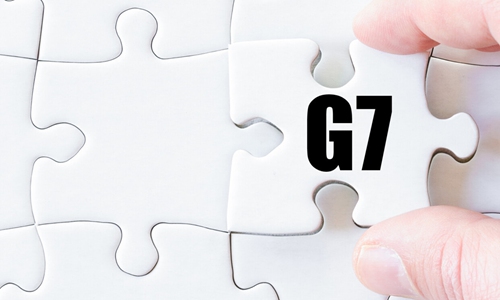 US President Donald Trump on Saturday expressed his intention to delay the annual Group of 7 (G7) summit until September. He had planned to invite Russia, South Korea, Australia and India to join the talks. It is reported Trump also spoke to Brazilian President Jair Bolsonaro on Monday about Brazil's participation in the meeting.

Trump claims the G7 is "very outdated," failing to reflect the present international situation. His comment about this group is not irrational. The seven countries were among the most advanced economies when the group was established. The G7 played a significant role in shaping pivotal decisions about the global economy and politics.

However, the influence of this group today cannot be mentioned in the same breath. With the rise of emerging economies represented by China, structural changes have occurred in the global economic landscape. China has become the world's second largest economy since 2010. And its economic influence is larger than any member of G7, except for the US. Other emerging countries, such as India, Brazil and Russia, have developed into forces to be reckoned with too.

Based on Trump's prior moves, if he thinks certain organization or pact goes against or cannot satisfy the interests of his administration, he would terminate the US' relationship with them. This includes the WHO, the Paris Agreement, and the Iran nuclear deal, etc.

The reason why Trump did not quit the G7 is a withdrawal will make the US lose support from the six other powerful members, which he needs for his agenda to deter and contain China, especially after China's successful economic recovery from the pandemic. Therefore, Trump has to maintain US participation in the organization.

However, Trump is aware of the fact that US' influence and capability in leading the other six members are declining due to his unilateral moves - which have ultimately impaired them.

For example, German Chancellor Angela Merkel last week rebuffed Trump's invitation to attend a face to face G7 summit proposed for June. France and Italy might have no interests in participating in it either. They may predict that Trump would use the G7 summit to urge other six countries to make compromises on some issues, including attempts to make joint effort to contain China, which may damage their interests.

Against this backdrop, the Trump-proposed idea to expand the G7 to a large extent is out of his own political calculation. It is highly doubtful whether the countries he invited are interested in participating in the meeting. It is likely that Moscow will not join the summit due to escalating tensions with Washington.

South Korean President Moon Jae-in agreed to join the summit. Moon's decision is rational as it provides Seoul an opportunity to join the ranks of major powers. Yet, South Korea does not have great global influence in terms of economics, diplomacy or politics. It does not make much sense whether it joins the summit. Australia is caught with a similar situation as South Korea.

India has its own considerations. It is exploiting the US to realize it own strategic objectives, and will refuse to be absolutely obedient to the US.

As another right-wing populist, Brazil's Bolsonaro may be willing to follow Washington's lead. Yet in spite of having evident influence in Latin America, Brazil has experienced a grave economic crisis since mid-2014. Currently, the number of confirmed COVID-19 cases in Brazil reached over 526,000 as of Tuesday afternoon. This is only second to the US. In this context, Brazil can hardly devote spare efforts to attend the forum.

From the perspective of Trump, his proposal to expand the G7 is also a political show. He wants to display to the world and US electorate that he is a remarkable global influencer - and that the US remains the world's leader.

Regardless whether the forum reaches members to make it "G11" or "G12," without the participation of China, the world's second largest economy, largest trading country, largest manufacturer and the largest emerging market, the summit won't achieve substantial outcomes.

Will other countries align with the US? Russia will certainly not. South Korea, France, Germany and Italy are expected not to. Japan and Australia may join the US to criticize or condemn China, but substantial actions against China from the two countries may not materialize. None of these countries have the determination or the will to attack China, as the US wants. They have to weigh the pros and cons of whether to totally lean with the US to contain China.

No matter if G7 becomes the G11 or G12, this will largely be symbolic but ineffective.