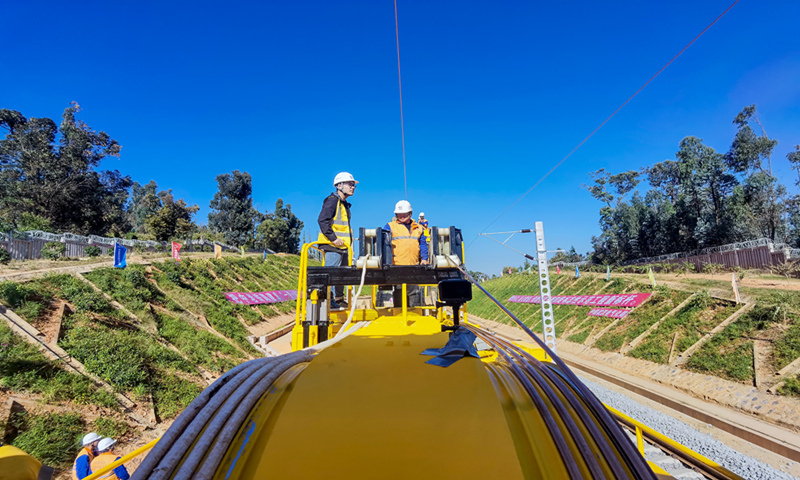 How is the eight-year-old initiative able to attract the participation of more than 100 countries? How are funds efficiently invested in BRI projects? How can China help the participating countries' economic and social development with the initiative?

Experts said on Sunday that the success of the BRI partially lies in a variety of financing methods that suit local conditions, through which, China aims to help other developing countries improve their self-reliance from outside pressures.

Since the BRI was proposed in 2013, around 140 countries and regions - including G7 member Italy - and 31 international organizations have signed cooperation agreements with China. Official data showed that China's direct investment in those countries and regions totaled $136 billion in the past eight years.

Despite the impact of the COVID-19 outbreak, as well as Western governments' China-bashing campaign, claiming the initiative a "debt trap," BRI projects are progressing quite well.

Lately, the construction of the main structure of Phonethong Bridge, the longest China-Laos Railway bridge with a length of 7,528.56 meters, was completed. A well-managed construction process has strengthened confidence in the timely completion of the railway - a significant project under the BRI which aims to help Laos' strategy to convert itself from a landlocked country to a land-linked hub - by this December, the Xinhua News Agency reported on Thursday. 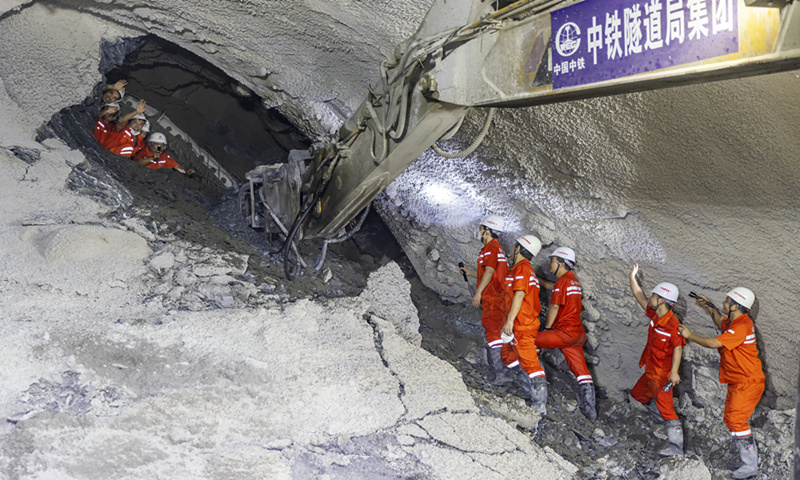 Tunnels along the China-Laos Railway have all been opened on June 5, 2021. (Photo: VCG)

Different from the developed economies that have completed industrialization dozens of years ago, China has gathered abundant experiences that meet the needs of many developing countries.

"China has formed an independent industry system that allows it to produce a wide range of component from screws, heavy machinery, to aircraft carriers, and BRI projects can be conducted efficiently with comparatively low cost," Wang Yiwei, director of the institute of international affairs at Renmin University of China, told the Global Times.

Meanwhile, unlike Western developed countries that seek short-term yields, the China-proposed BRI aims to help cooperative countries build up industrial advantages based on infrastructure with medium- to long-term investment, and eventually promote their self-development capability, he said.

On June 11, Turkmenistan has been reportedly paid off loans provided by China for a pipeline project and the first stage of Galkynysh's development, on time and in full, without disclosing the amount. AFP reported that the China Development Bank said in 2011 that the bank had loaned the country $8.1 billion for BRI projects there.

Partially thanks to the infrastructure project, Turkmenistan's GDP grew at a fast pace of 5.9 percent in 2020, and Fitch Solutions projected that the economy could grow at 6.2 percent this year.

Wang said that the country's banking and insurance sector has played an active role in supporting the BRI, while there are a range of financing ways such as engineering procurement construction (ETC) and public private partnership (PPP) to suit country's local conditions and diversify risks.

For example, Bank of Communications of China actively engages with governments and enterprises along the BRI route to discuss investment demands for infrastructure, foreign trade and cross-border finance.

The bank joined a consortium of Chinese banks to offer loans to Hubco Coal Power Plant under the China-Pakistan Economic Corridor framework several years ago and now the projects has entered the phase of commercial operation, China Banking and Insurance News reported.

In addition, the country also guides domestic insurance institutions to steadily expand presence to provide financial support for the construction of the BRI projects. Chinese reinsurance group China Re Group said at a press conference in December that the company has built cooperation network covering 99 percent of BRI countries and regions, providing risk guarantee worth 350 billion yuan ($54.25 billion) for more than 600 projects.

Compared with the earnest implementation of the BRI over the past eight years, G7's B3W infrastructure initiative seems to be a rubber check that may not be implemented.

G7 nations recently agreed to launch the B3W to provide a "transparent infrastructure partnership" to help narrow the gap for the $40 trillion infrastructure investment needed in the developing world, the White House said. Although the G7 aims to unlock private-sector capital to invest in projects in such sectors as climate, health and digital technology, no details such as a timetable and capital source were revealed.

The political meaning of the B3W initiative far outweighs the actual results it may attain, Zhao Gancheng, a research fellow at the Shanghai Institute for International Studies, told the Global Times.

"In order to reach an agreement to counter China - though with slim hope of implementation - G7 nations are trying to show solidarity," Zhao said, adding that major Western countries have made too many "empty promises" to aid developing countries over the past 20 years, especially after the 2008-09 global financial crisis.

The Biden administration's massive infrastructure package to revive the US economy has faced high hurdles at home, and therefore the administration is unlikely to be able to implement the more ambitious B3W with its G7 partners, experts said.