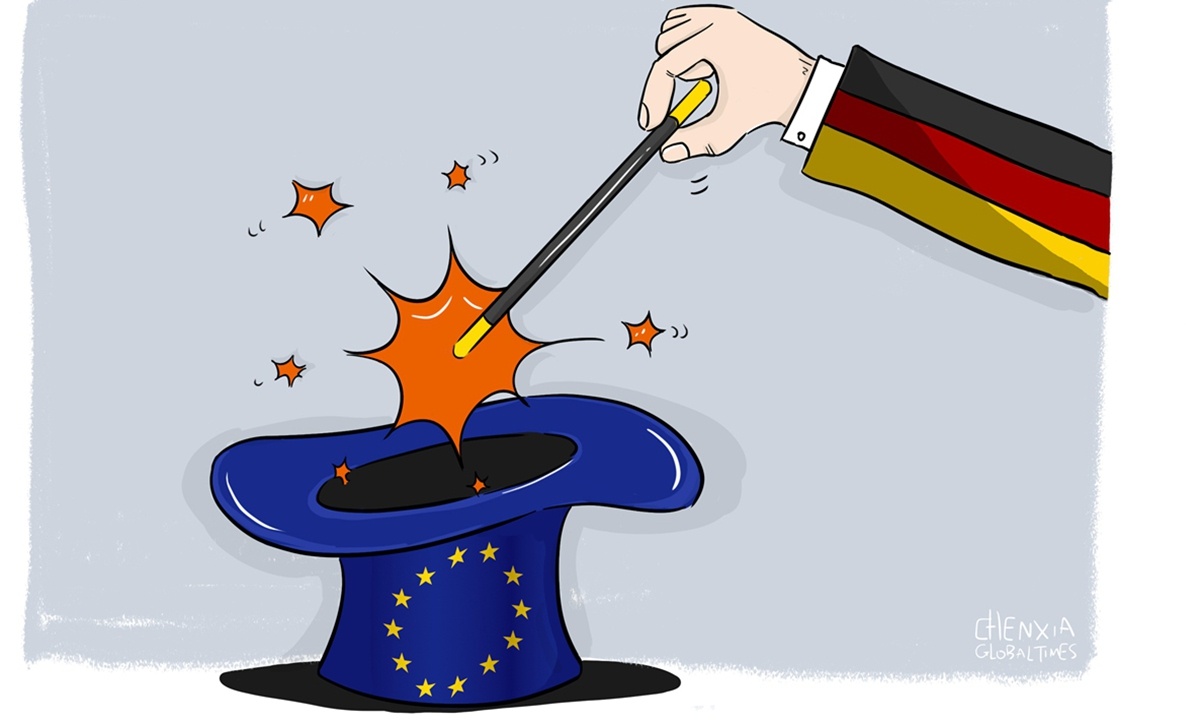 Germany's presidency of the Council of the EU over the difficult period of the second half of 2020 has drawn global attention. It was expected that Germany could enhance the EU's internal solidarity and enhance its capacity for operation and international influence by virtue of its status as a main European great power. Given its actual performance, Germany has basically withstood the political tests over the past six months.

The completion of China-EU bilateral investment treaty negotiations at the close of 2020 has made a splash for Germany's presidency. In the face of European and global upheavals, Germany's lasting policies matter for the future of Europe. The social and economic standstill due to the spread of deadly COVID-19 has plunged Europe into its worst crisis since the end of World War II. After taking over the presidency, Berlin took on the mission to reshape Europe for the post-pandemic era, making pandemic prevention and controls and economic recovery top priorities. Berlin has made many efforts to boost policies in this regard.

The more difficult mission was to overcome the economic recession caused by the pandemic and thus lead the EU on the path of recovery. The fiscal rescue package has seen twists and turns. Due to disapproval delays from Poland and Hungary, the package was finally approved in December 2020 with a compromise among European leaders.

Reviewing the formulation of the recovery plan for Europe, Germany played a key role throughout the whole process. The approval of the recovery plan, which has sustained solidarity from most European countries, has verified Europe's capacity for action.

Progress has also been promoted in areas such as climate change, digital services, EU-US relations and security and defense issues. Taking digital policy as an example, it has strengthened regulations of the digital economy and become the first country in the world to release the public drafts of the Digital Services Act and the Digital Markets Act. It has also planned to put forward proposals on digital levy by June 2021 with a view to its introduction at the latest by January 1, 2023 to expand Europe's "digital sovereignty" and influence the rules of the game that shape the global digital market.

On the other hand, it has enhanced Europe's competitiveness in future science and technology fields, and consolidated the construction of digital infrastructure in Europe.

Yet, regarding matters pertaining to refugees, Africa policy and the enlargement of the EU, little has been achieved. These three issues are all related to the security and stability of Europe's periphery, and are of self-evident significance to the EU. They were postponed not only because of the pandemic, but also largely because of persistent divisions and competing interests within Europe.

It is worth noting that during the second rotating presidency, the German Chancellor Angela Merkel has been more active than ever in guiding and shaping the political agenda, basic line and development direction of the EU - with both integration issues and China policy.

As for European integration, Merkel made a rare concession during the recovery plan by co-proposing a rescue plan with French President Emmanuel Macron to establish a European recovery fund. Even during the European debt crisis, Germany did not compromise to overstep its redline of fiscal discipline. Germany's recovery plan may seem unexpected, but is within the realm of possibility.

When it comes to China policy, Merkel perceives the big picture and the strategic nature of China-EU relations. She knows China well, and attaches great importance to the EU's economic and trade interests and comprehensive strategic partnership with China.

She initiated a China-EU summit originally planned for September 2020 in Leipzig, Germany. Owing to the pandemic, it commenced virtually on September 14, 2020 with the two sides reaching a consensus to develop a green partnership and a partnership on digital cooperation by establishing high-level dialogue mechanisms. In addition, Merkel pushed to close bilateral investment treaty (BIT) negotiations with China by the end of 2020.

In her interactions with China, Merkel has advocated establishing good relationship with Beijing while maintaining European interests. She sees China as both a cooperative partner and a competitor. The relatively balanced view of Beijing has laid a sustained foundation for China-EU engagement. It has not chosen the destructive road of decoupling.

Indeed, the BIT completed at the close of 2020 was not only a good ending to seven years of bilateral negotiations, but also a driving force for the current sluggish European economy. And it left a good legacy for Germany's rotating role as the presidency of the EU Council.

The author is a professor of German Studies at Tongji University in Shanghai.