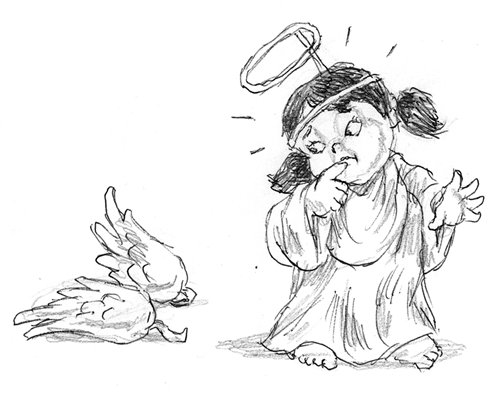 No one saw it coming - the most headline-grabbing moment in this year's Victoria's Secret Fashion Show in Shanghai was the epic tumble of Chinese supermodel Xi Mengyao.Granted, there have been minor accidents from time to time since the brand's first ever runway show in 1995, but never before has a model fallen flat on her face like Xi Mengyao. That's probably the reason why people are still talking about it. It is pretty heartwarming, however, to see that the media and many Chinese netizens have shown their support and applauded her poise for getting back on her feet and finishing her walk with a graceful smile. Some even commented that Chinese netizens are becoming increasingly tolerant of such instances, instead of being overly emotional and harsh - which is good progress. Being a Victoria's Secret model must not be easy. Let's face it, perfect-looking models might be known as angels - but their lives must be twisted all for the pursuit of perfection. Setting everything else aside, keeping a body fat percentage of 18 or less can be total torture, both mentally and physically. And for the rest of us, gazing at their unrealistic beauty makes us want to eat our feelings sometimes too, therefore, seeing a flaw on the catwalk such as a fall is a reminder that these angels, after all, are human beings like us.There have been some awkward yet fascinating moments during Victoria's Secret fashion shows. For instance, Karolina Kurkova, a renowned Czech model, lost her shoe in the first few steps of her walk in 2006. After discovering that one of her shoe's straps came off, she elegantly kicked it off and continued her walk with style, and no one even noticed what had happened until afterwards. Completing the journey on the runway like nothing happened after accidents like this should be a conditioned reflex for professional models. Xi Mengyao displayed that she is a tough girl in getting up again and laughing off the embarrassing moment. Yet objectively speaking, her recovery did not seem so flawless. She did spend a few seconds to fix her hair and wing and then showed a little hunchback after she made her way up from the ground. Obviously, she was a little distracted by her unfortunate slip. For those who feel sorry for Xi Mengyao, well, it was a mistake in a highly anticipated show, but its effect in spreading more news about the event is probably much more sensational than Victoria's Secret expected. Still, some Chinese audiences argue that being a model is just like other careers such as doctors and pilots, who have the responsibility to not make mistakes under high pressure situations, so why is everyone being so good-tempered toward models' mistakes? Is it simply because of their impossibly good-looking appearance? When we sent our support and reassurance to Xi Mengyao, some foreign netizens were quite sarcastic about it, saying "if not for Chinese money these companies wouldn't be targeting the China market with Chinese models." So no matter how many of Xi Mengyao's supporters said "you are the best" to her, she knows she still has a way to go before she could really be called "the best." Xi Mengyao should take this mistake in her stride, but also feel grateful for all the support she has received for falling down during such a large-scale event. It's up to her now to strive to do better and make herself a worthy supermodel.