Ghosts of McCarthyism summoned by Trump 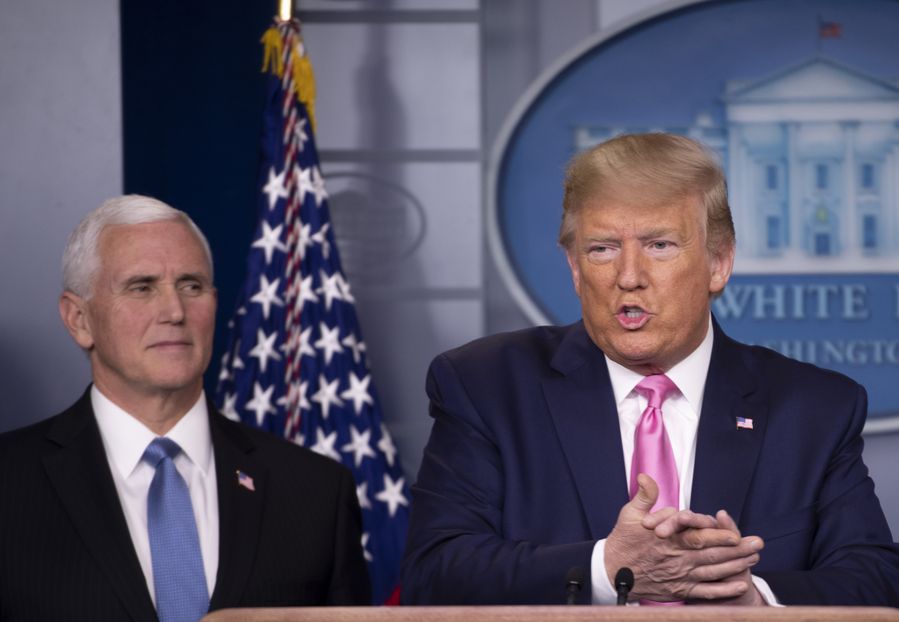 Is the specter of McCarthyism rapidly resurging in the US? A few former US diplomats and US scholars are raising concerns and alarms that it is.

In a CNN interview on May 6, former US ambassador to China Max Baucus warned that he feared the Trump government's rhetoric against China was so strong that the US was heading into an era, "which is similar to Joe McCarthy back when he was red-baiting the State Department, attacking communism." Columbia University professor Jeffrey D. Sachs said, "Trump is our present-day Senator Joseph McCarthy who uses lies and innuendos to scare Americans into submission."

Their remarks are rational, objective and convey a very serious warning that the current US political atmosphere toward China, the actions of the Trump administration in particular, is leading the US to an era in which the McCarthyism ghost is resurrecting.

China-US relations are at their worst point over the past 40 years because of this. The Trump administration is largely to blame. Be it the lies that the novel coronavirus originated from a Wuhan lab, or groundless claims that China should be held accountable for the losses the epidemic caused to the US, these phenomena illustrate that some US politicians and the Trump administration are trying to revive McCarthyism in the US, for the sake of their own political interests and reelection.

"A lot of people knew what was going on was wrong, they knew it was wrong, but they didn't stand up and say anything about it, they felt intimidated," Baucus said. As problems in China-US relations have increasingly been exaggerated over the clashes of ideologies and political systems, many Americans worry that they might become targets of criticism if they make relatively rational, objective remarks, or if they say something positive about China.

In this climate of fear, they have chosen to remain silent because they worry about being labeled as "pro-China" or "pro-Communist." They fear having their careers and futures undermined. This reveals the distorted and irrational side of the US politics. If such a situation continues, it will only drag China-US relations into a dangerous abyss.

What the Trump administration is doing now is devastating mutual trust between China and the US. Given that Trump and some US politicians have been continuously making disparaging remarks to stigmatize China, it is difficult to predict when normal relations between Beijing and Washington will ensue again. The US is shooting itself in the foot. A deteriorating China-US relationship brings no good to the US.

The US now is still mired in the pangs of a very grave epidemic situation with a total of more than 1.36 million infections and over 82,000 deaths. The Trump administration should bear the main responsibility because of its botched response to the COVID-19 epidemic. If the White House continues to focus on shifting the blame onto China instead of prioritizing its own anti-epidemic work, its behavior will eventually backfire. This will erode the reelection prospects of Trump.

Still, hope may prevail. Other voices within the US are calling for China-US cooperation to fight the virus. If the Trump administration abandons its Cold War mentality and stops the blame game, it can help the US rein in the virus. China is a production base for many critical medical devices and medicines. It has clinical experience dealing with COVID-19. The US will face great difficulties and challenges tackling the epidemic without China's cooperation and support.

Those US politicians who are resurrecting McCarthyism actually know this well. However, because of their selfishness and narrow-mindedness, they're playing the China card to pursue short-term private political interests, leaving China-US relations in jeopardy.

Should this neo-McCarthyism be completely resurrected in the US, it will signal a start of a new cold war between China and the US. Not only will this be a disaster to the bilateral relations and an obstacle to exchanges between the two countries, it poses perilous threats to world peace and stability, leading to subversion of the existing international order, leaving it in an unpredictable mess.

Being tough on China, now and in the future, is an unfortunate consensus within the US. Various forces are trying to seize an opportunity to make an issue of China-related affairs. In face of US' aggression, China won't be intimated. China will firmly strike back at US' groundless accusations to expose US' malicious intent. More importantly, China will manage its own affairs carefully and strengthen cooperation with other countries to fight the novel coronavirus pandemic, provide more public goods for the world, and play a positive role to help eradicate the COVID-19 curse.